A fresh allegation has been made against Julius Malema, the leader of the Economic Freedom Fighters, after it was disclosed by the African National Congress (ANC) that Philemon Lukhele, one of the suspects in the murder of Hillary Gardee, obtained his membership in the ANC through dishonest means. 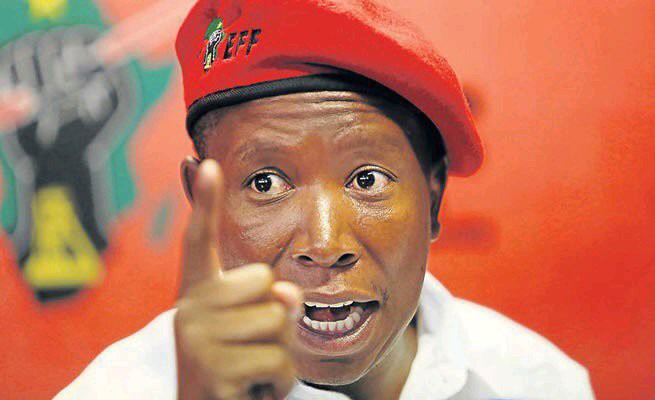 The fact that Lukhele is a citizen of Swaziland is reportedly the reason he was turned down for membership in the African National Congress (ANC).

It is unknown to a large number of people how he was awarded membership, but the ANC claims that it was obtained dishonestly.

"Unlawfully, a person who was not a citizen of Africa was able to join the ANC. After that, he became a research assistant in the office of the Chief Whip of the ANC. After that, we entered into an agreement with Mpumalanga University to provide housing for their students.

Julius Malema is being held responsible by some members of the African National Congress (ANC) for Philemon Lukhele's membership in the ANC, despite the fact that Lukhele did not meet the requirements.

Many people point the finger at the leader of the red berets as the person who is responsible for the current illegal immigration problem that the country is facing, blaming him for the position that his party takes, which is to keep the borders open.

"Julius Malema has followed in Helen Zille's footsteps and joined the ranks of her supporters. As a direct result of his efforts, EFF has become a formidable and alluring brand.

This brand only has the support of 10% of the population, but it still has a significant amount of influence. The fact that he still maintains his haughty attitude while destroying what he has worked so hard to create is the worst part "Julius Malema is accused by a fellow member of the ANC.

The situation with Philemon Lukhele demonstrates that the African National Congress (ANC) is always looking for someone else to blame for its own actions rather than accepting responsibility for those actions that it has taken.