Dad Leader Gayton McKenzie says time is up for 'unlawful outsiders in South Africa, yet demands that he's not xenophobic. 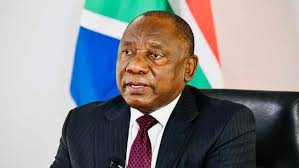 From dropping all obligations, to returning God to schools, and disposing of unlawful outsiders, it seems the PA intends to assume control more than a few public government capacities if it somehow happened to be effective in the November 1 Local Government Elections.

Most questionably, McKenzie told the lime green group that every single "unlawful foreigner" would be ousted the day after races.

Regardless of this disputable position, McKenzie has demanded that he isn't xenophobic, however basically "devoted".

He blamed illicit outsiders for jumping local people on RDP lodging records, while giving no proof to back up his cases, while additionally rejecting that he is basically repeating the assessments of ActionSA Joburg mayoral cheerful Herman Mashaba, who has confronted comparable xenophobia analysis.

"Individuals say we and Herman Mashaba are talking a similar language, I say we are not. Herman Mashaba was the civic chairman of Joburg for quite a long time, at this point more outsiders came and took more structures. Furthermore, for what reason does he need to eliminate them when he had three years?"

McKenzie likewise guaranteed allies that if the PA were to come into power, they would ensure that all city condo occupants would begin with a fresh start, clearing out lease, water, power and duty obligations.

"What sort of pads are these that you can't quit paying? Each level that owes your obligation is completing on 1 November. You are getting your title deed. Our folks have paid for these houses, and they are as yet paying."