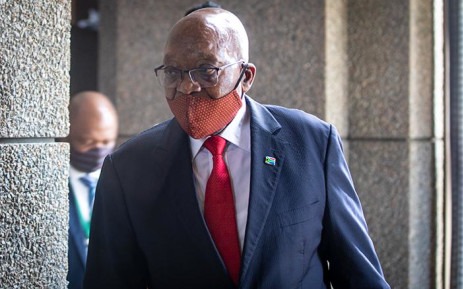 Zuma stated there was criminal interference in his case because people who weren't authorised to conduct an inquiry did so, according to a nine-page sworn statement he gave to Pietermaritzburg police authorities.

On Thursday, after noon, the former president came at the Pietermaritzburg police station in the Msunduzi municipality and issued a brief statement to the media before Mzwanele Manyi, a spokeswoman for the Zuma Foundation, read out the whole affidavit.

"We are here to open a case for the prosecutor," Zuma stated outside the station. They'll read the case and explain what it's about. I'm not going to say anything else. I'm going to leave them in this location. Because you already know them, you'll be able to form bonds with them. Because I am a prisoner, and prisoners are beaten, you will not be able to form a link with me."

The NPA stated in a statement on Thursday that it was aware of the accusations against Downer, but that it was worried about the circumstances in which they were presented.

The NPA is dedicated to upholding due process and the rule of law, and will analyse the charges' merits objectively. We further note that these charges are being brought while the matter is being decided by the High Court in Pietermaritzburg, with a decision likely on October 26.

While the law must be allowed to run its course, the NPA is concerned about the context in which these charges were brought, as well as the timing, given the High Court's upcoming decision.

Outside the police station, Zuma's vocal supporter and RET champion Nkosentsha Shezi argued the court case against Zuma was unfair.

"I'm optimistic. However, any judicial procedures brought against Jacob Zuma have occurred in a climate poisoned by an unfair legal system."