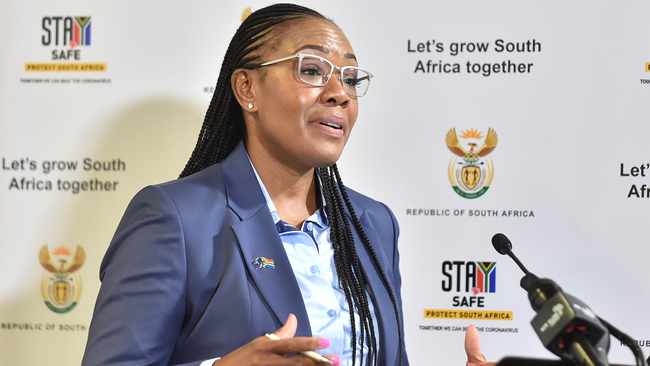 Reviewer General Tsakani Maluleke says the country's majority rule government could just thrive and satisfy the goals and dreams of those it was intended to serve when it was sponsored and supported by responsibility.

Tending to the UCT Vice-Chancellor's Open Lecture, Maluleke said she addressed the foundation entrusted with supporting the country's majority rules system through examining of public assets.

"This puts an enormous obligation on our shoulders, to genuinely contribute towards building a fit state with competent foundations that are powerful in satisfying their order in a straightforward and responsible way," she said.

Maluleke let her crowd know that responsibility and majority rule government beam on one another.

The reviewer general said the numbers, figures and information were dynamic signifiers on an accounting report as well as have a human face.

"They represent the deepest desires of people, the possibility of a tomorrow wherein their intrinsically ensured rights to security, safe house, medical services and schooling are ordinary real factors, as opposed to far off goals," she said.

"They connote the degree to which people have the chance to understand their maximum capacity. They represent the wellbeing and abundance of countries."

Maluleke additionally said they actually have an obligation to guarantee the trustworthiness of the calling is saved, secured and maintained in the thoroughness of training.

"We should see the value in that our permit to serve society is established on the trust that society places in us. Society anticipates that we should serve its inclinations with most extreme respectability and responsibility."

Maluleke said they couldn't permit bookkeeping to become complicit in its own defilement.

"We can't permit bookkeeping to work with, empower, or deliberately ignore misbehavior in the administration of public cash," she said.

"At the point when that occurs, expectations and desires perish from neglect. Dreams go to clean," Maluleke said.

She noticed the disappointments by KPMG, dark claimed examining firm Nkonki, among others, just as the State Capture Commission giving a sizable amount of proof to inferring that the bookkeeping calling was involved.

"These are a couple of models that remain our public disgrace, and we will keep on living in their shadow for a long time into the future."

Alluding to the expense of state catch, Maluleke said it was difficult to say with assurance, however there is a figure that came through the South African Institute of Chartered Accountants, who dispatched a concentrate by Stellenbosch University, into the profundity of defilement in South Africa.

"That figure is one-and-a-half trillion rand lost to our country somewhere in the range of 2014 and 2019 alone. To place that into point of view, this is cash that could subsidize the country's formative plan."