By Bunnie (self media writer) | 4 months ago 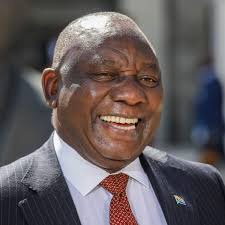 President Cyril Ramaphosa on Monday he appointed Thembisile Majola as the new director-general of the state security agency with effect from March 1, 2022.

Ramaphosa has also made key appointments to the NPA, with advocate Andrea Johnson replacing Hermione Cronje as the new head of the national prosecuting agency's investigating directorate from Tuesday, after she resigned 2-months ago.

The presidency said Johnson's appointment came at a a time when South Africa's efforts were geared towards acting decisively against individuals involved in state capture and corruption.

Regarding Majola's appointment at the state security agency, the presidency said she would head the intelligence agency for 3-years and the move followed a commitment by Ramaphosa to fill key vacancies in the security services as communicated in his state of the nation address last month.

Majola is a former deputy minister of energy and was South Africa's ambassador to Senegal and several other countries.

Content created and supplied by: Bunnie (via Opera News )

How The Habits Of An Insecure Partner Can Affect The Relationship