Court victories have been quite few and far apart for the Economic Freedom Fighters (EFF) in recent months, but when they get one in their favour, you can be rest assured they will celebrate it like it's their first ever. 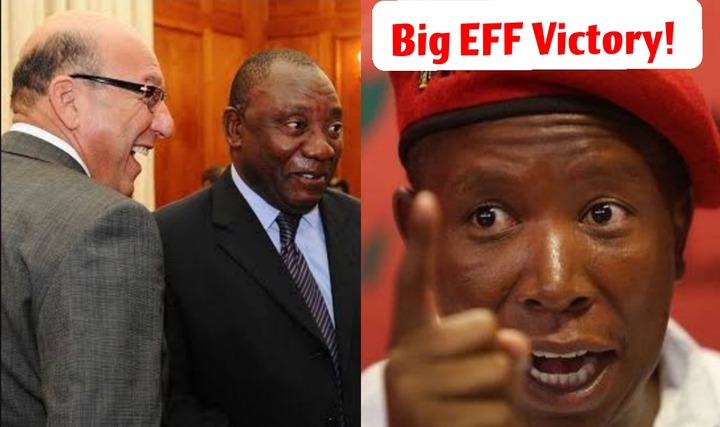 The EFF and its leader, Julius Malema have been in a legal wrangle with former ANC NEC member, Trevor Manuel since 2019. The issue is in relation to the Malema's tweets on which he scandalised the selection process which led to the appointment of the Commissioner of South African Revenue Services (SARS), Edward Kieswetter.

Former finance minister, Trevor Manuel was deployed by President Cyril Ramaphosa to preside over a committee which oversaw the entire interview process. 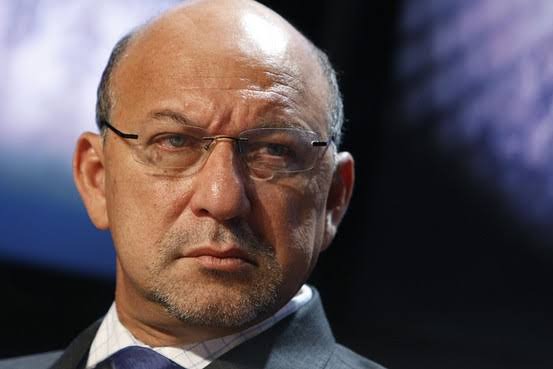 However, when it emerged that Kiswetter had been successfully chosen to replace erstwhile commissioner, Tom Moyane. The EFF leader along with the party, posted tweets suggesting that the process was laden with nepotism and had been corruptly conducted.

They alleged that Manuel had secret business dealings Kieswetter and that they were infact related. 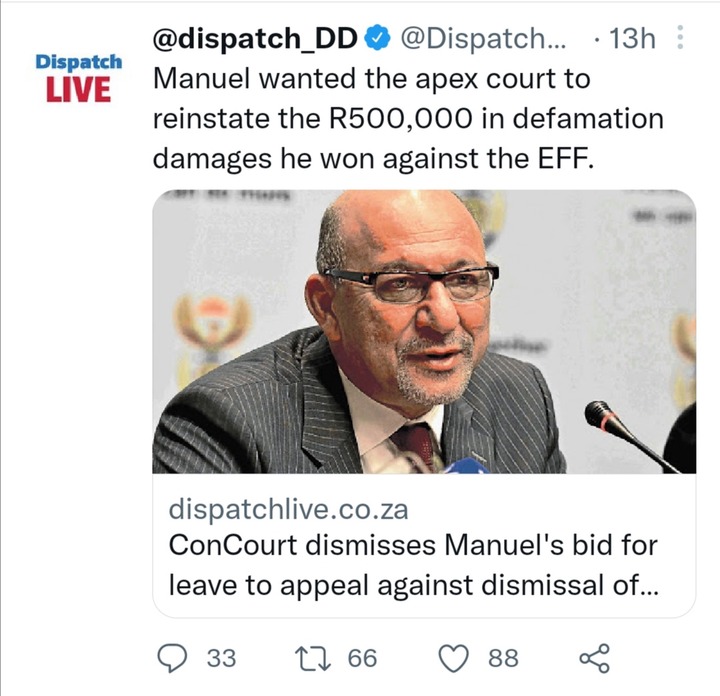 Manuel did not take Kindly to that, as he dashed to the courts to file a R500,000 lawsuit against the EFF for damages he believed their statements might have caused him.

Although he attained victory in the lower courts, his 𝘨𝘢𝘳𝘨𝘢𝘯𝘵𝘶𝘢𝘯 R500k application was dismissed by the Supreme Court of Appeal, which stated that, albeit he was defamed by the EFF's insinuations, there was no evidence to suggest that he lost friends, business associates or money due to their statements. 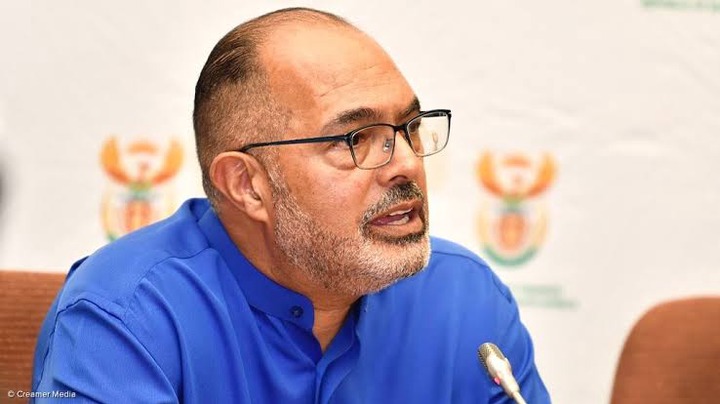 The unrelenting Manuel took the matter further up to the constitutional court to apply for leave to appeal against the ruling. 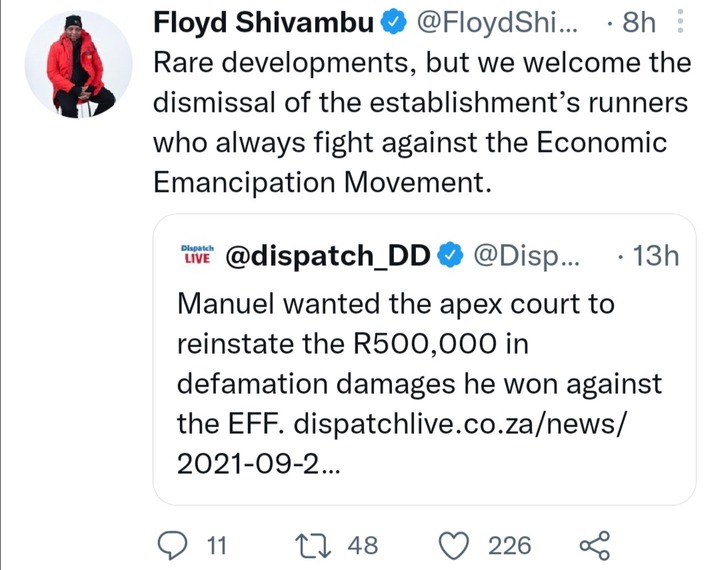 What do you make of the EFF's victory against Manuel? 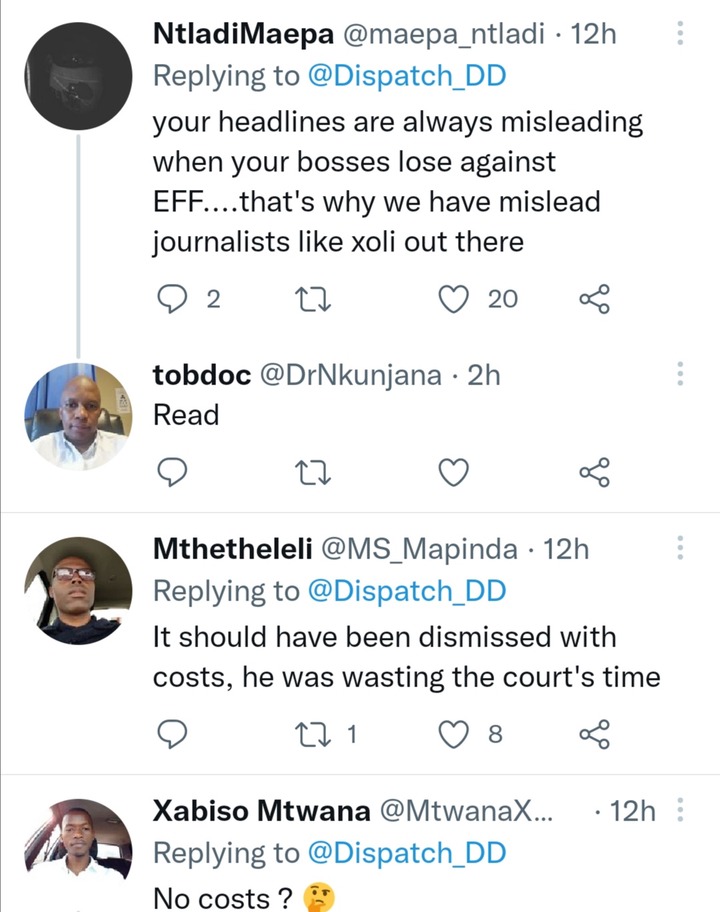 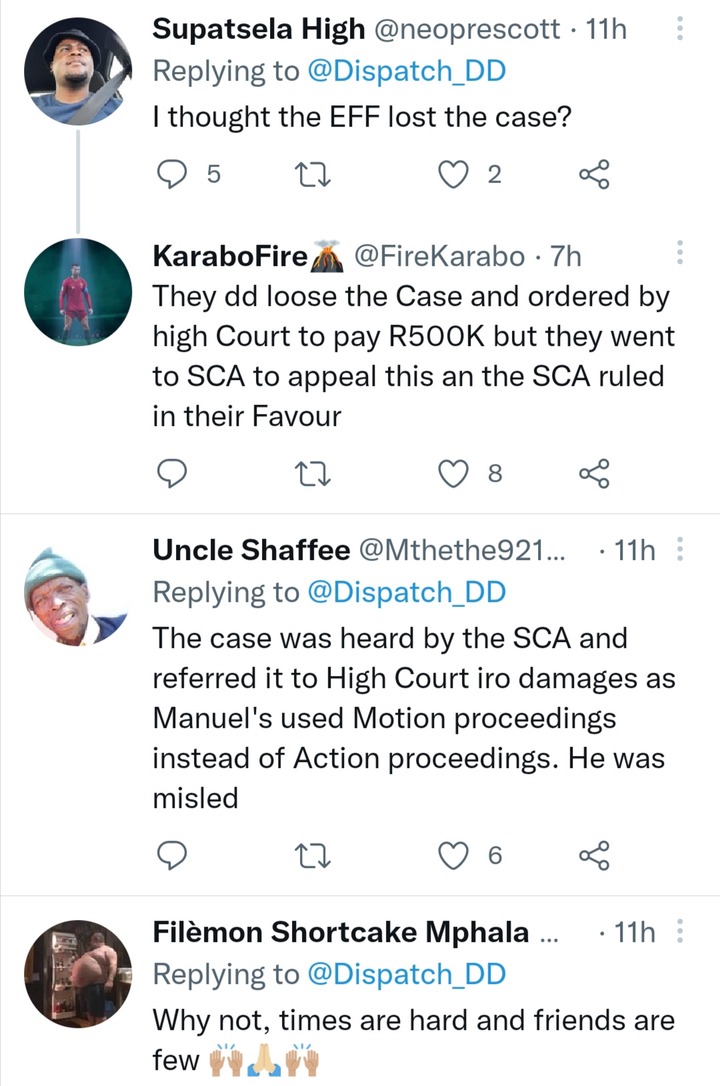 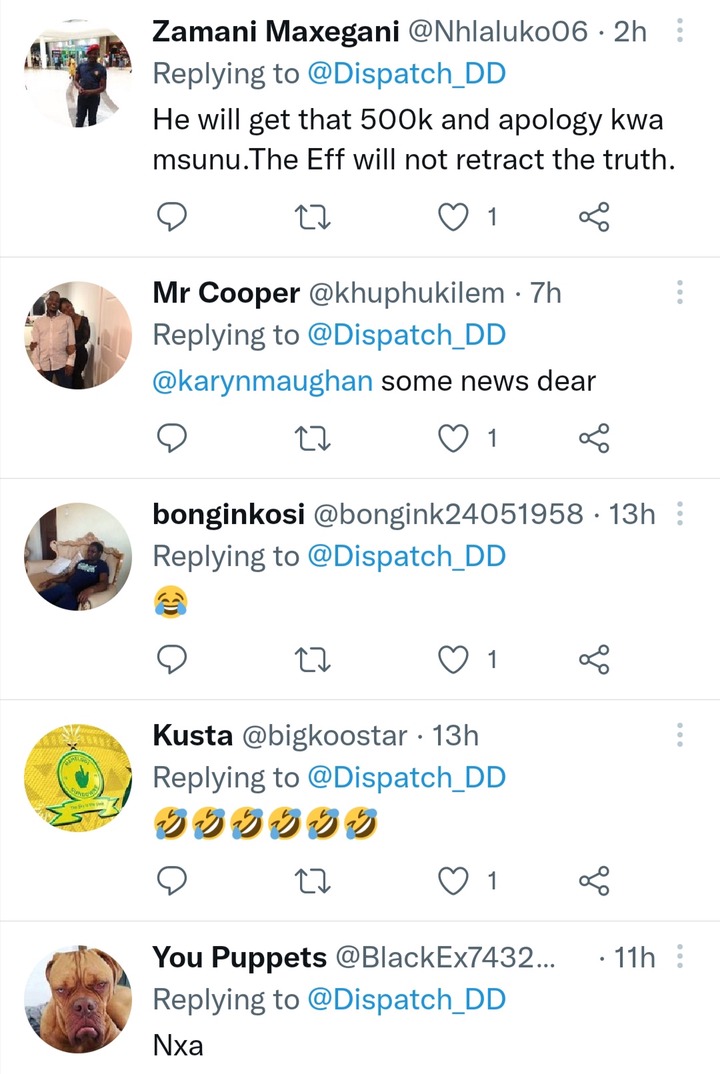 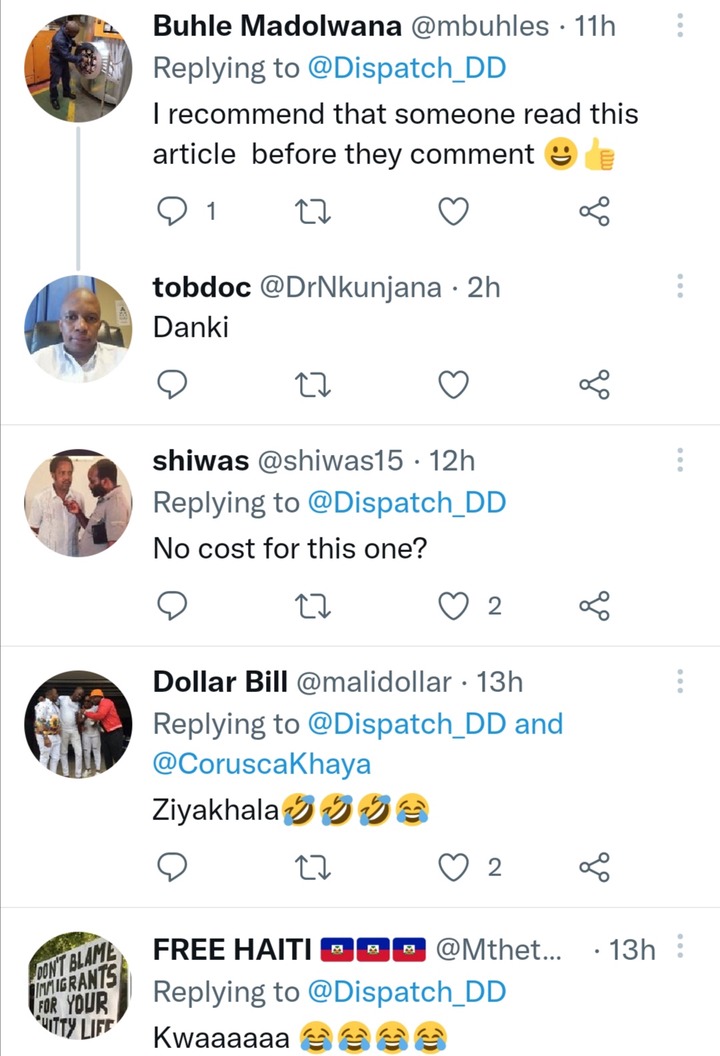 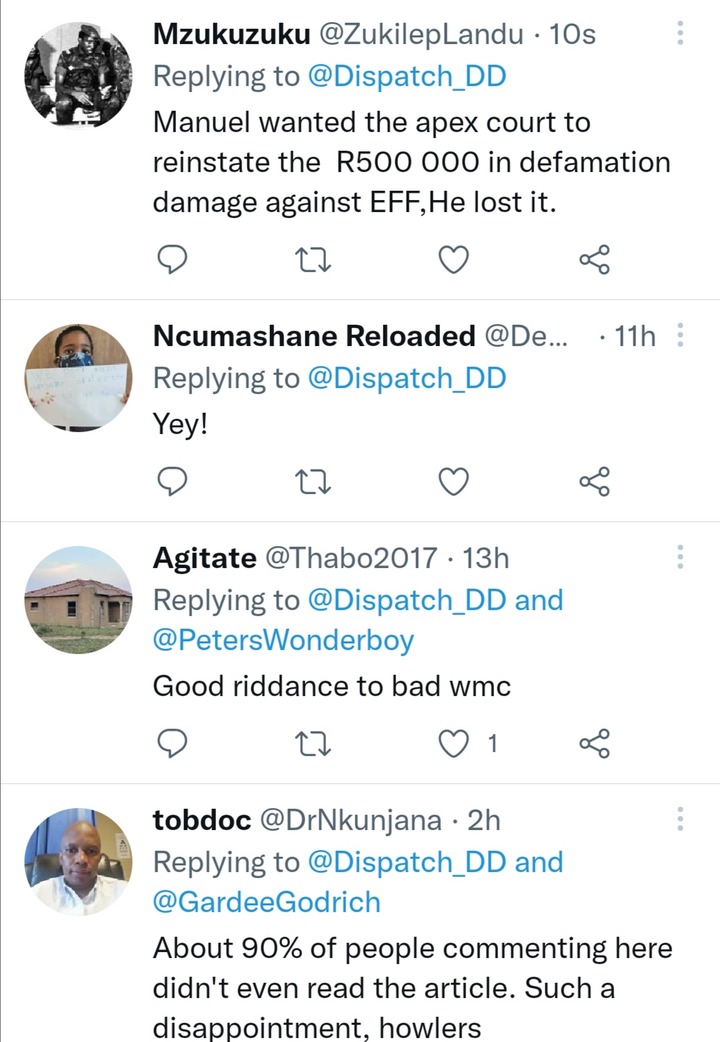 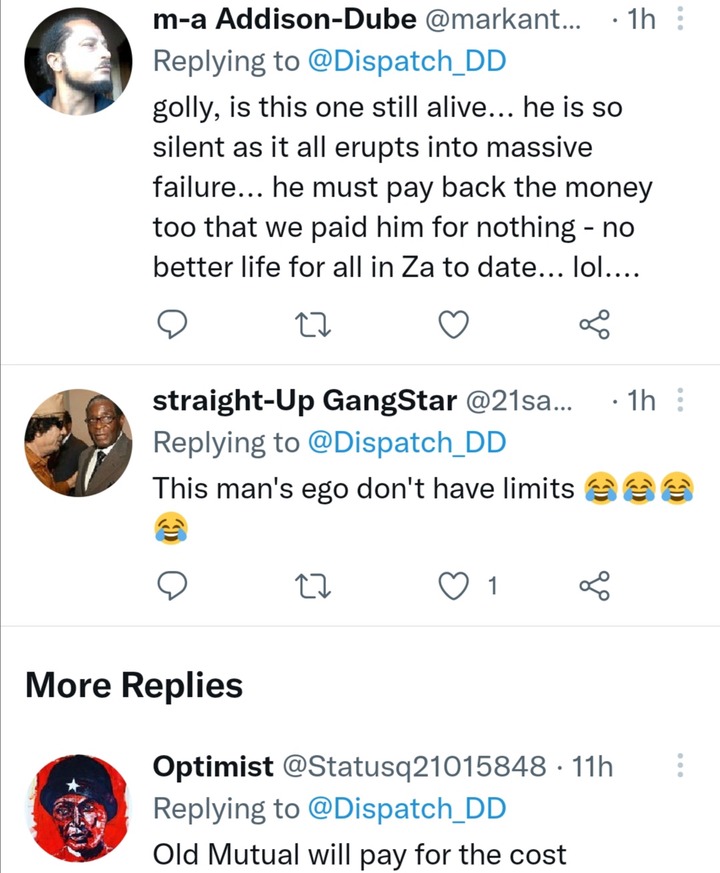