By MaduvhaTshivhulungi (self media writer) | 5 months ago 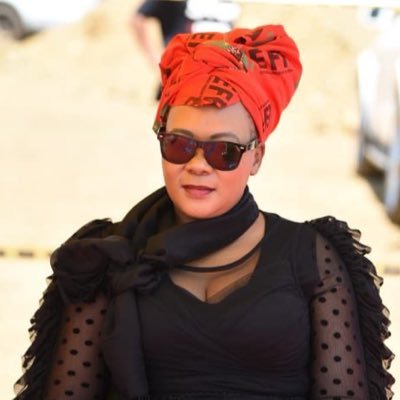 The EFF said it believes the decision not to be part of electing the new speaker was because it does not want to participate in rubber stamping President Ramaphosa’s violation of separation of powers, which is one of the most important pillars of South Africa’s Constitutional Democratic order .

The Treasurer of the EFF Omphile Maotwe speaking to the SABC said “Ramaphosa must not urinate on our constitution. Parliament is not the branch of the ANC or stockvel of Ramaphosa. This will not be in our name. We will not be part of undermining South Africa’s democratic order “

Maotwe went further to say the real state capture is underway,all 3 arms of the state are going to be captured by one man(Ramaphosa)if we do not put a stop to it. 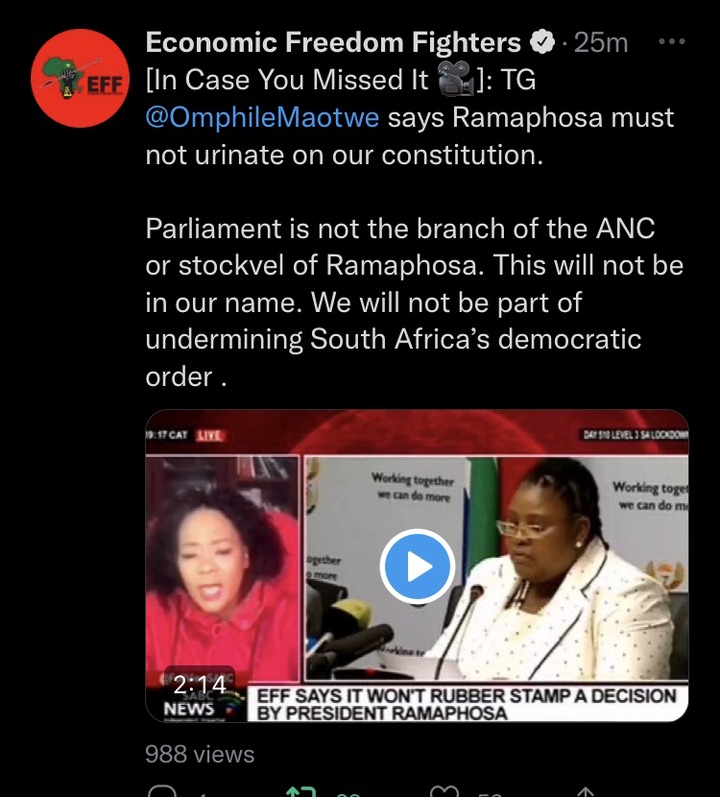 In the statement released yesterday by EFF they said they had take this extra ordinary step because it is evident now that Ramaphosa is hellbent on undermining separation of powers. EFF said this is further demonstrated by his faction’s attempt to impose Ramaphosa’s personal lawyers as judges of the constitutional court.

EFF said it is not going to be part of undermining South Africa democratic order .