The battle between the minister of Tourism, Lindiwe Sisulu and the ANC president, Cyril Ramaphosa has continued to rage on. The strife was further heightened yesterday on Twitter when the author of 'No White Lies', Kim Heller, put up a public poll yesterday for South Africans to vote on whom they believe or trust between Lindiwe Sisulu and President Cyril Ramaphosa. The result was a stunning victory for the minister of Tourism, Lindiwe Sisulu, over president Ramaphosa with a Whooping 90% victory. The poll she posted is,

#presidency”. The astonishing result is posted below, and you can see the overwhelming victory of minister Lindiwe Sisulu. 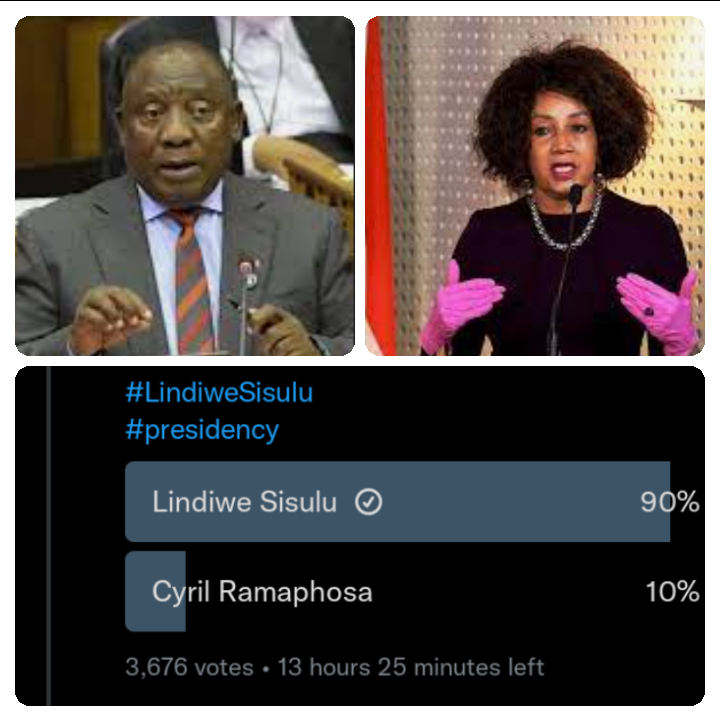 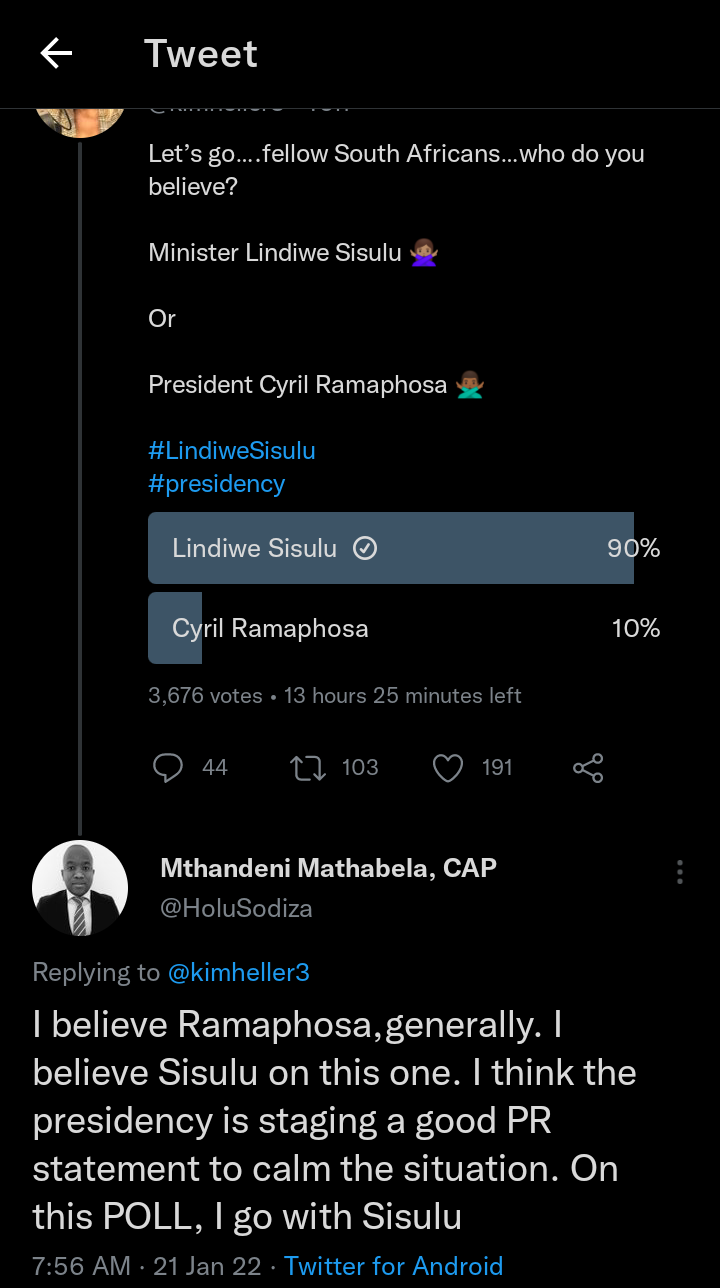 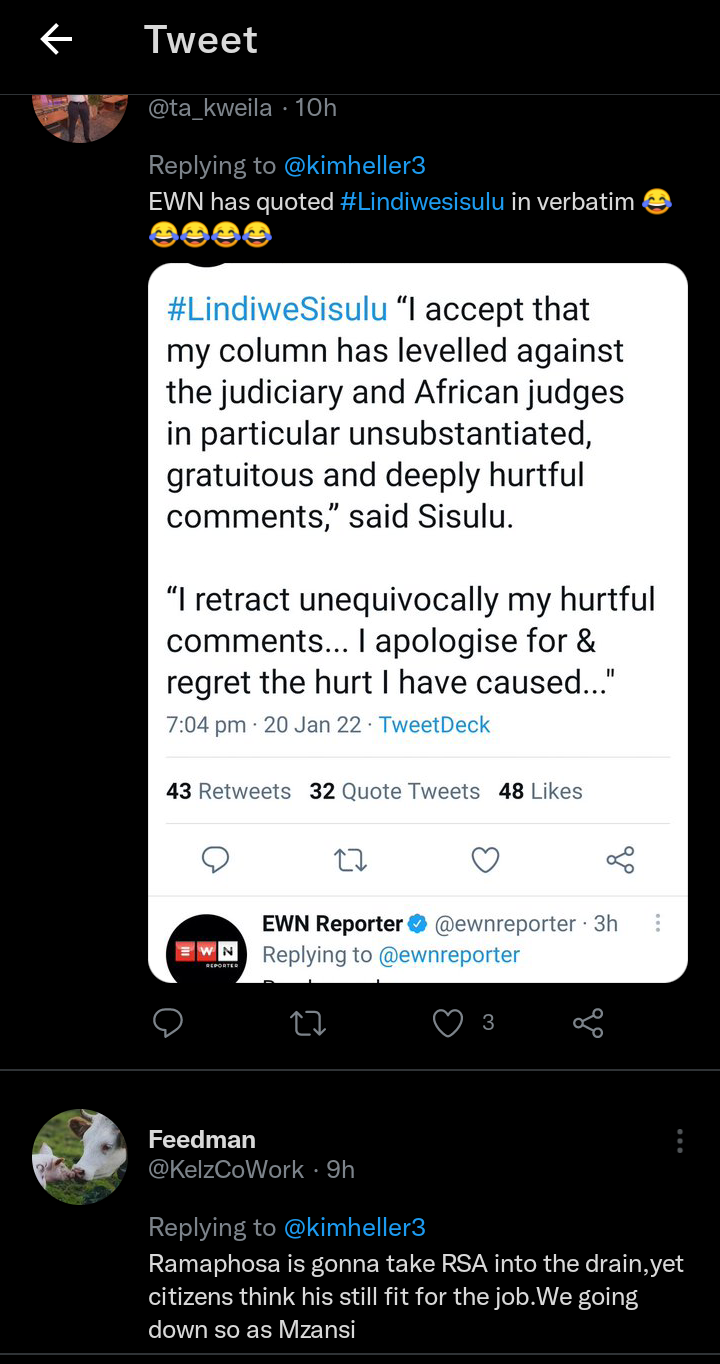 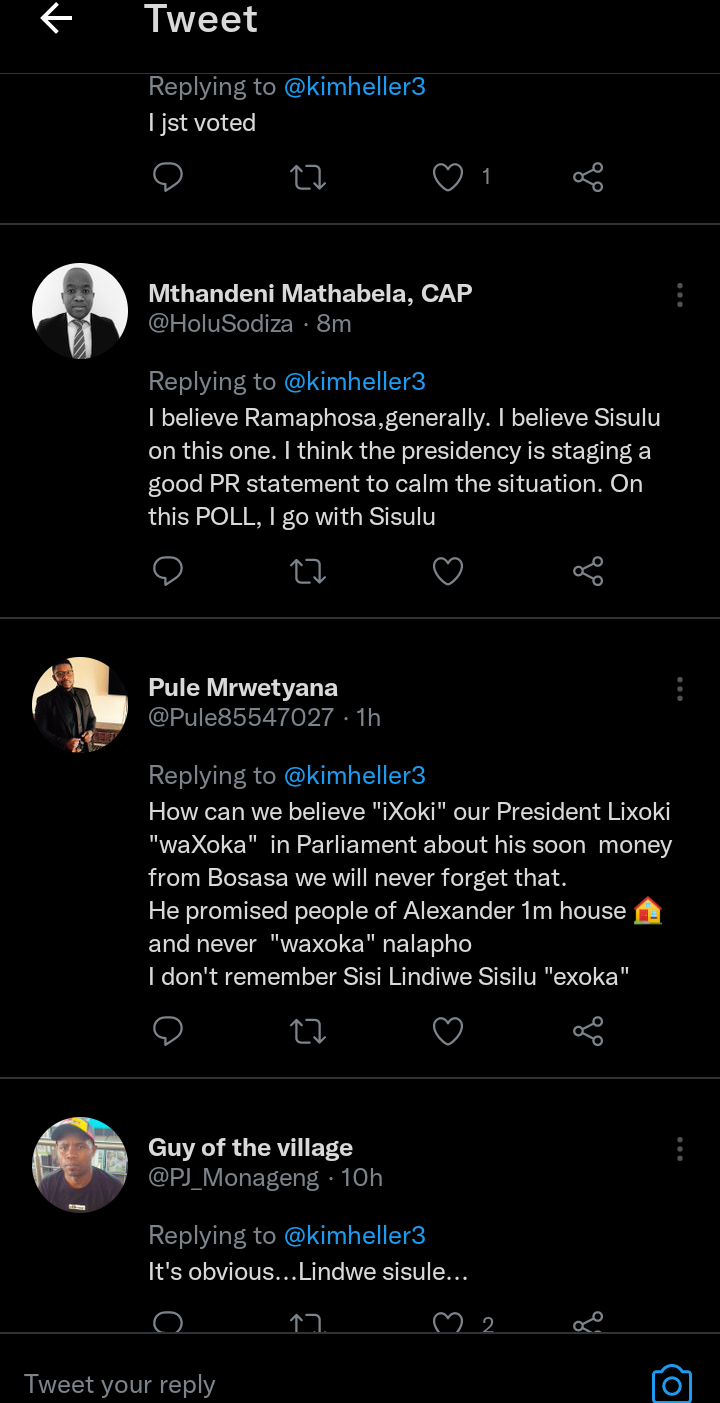 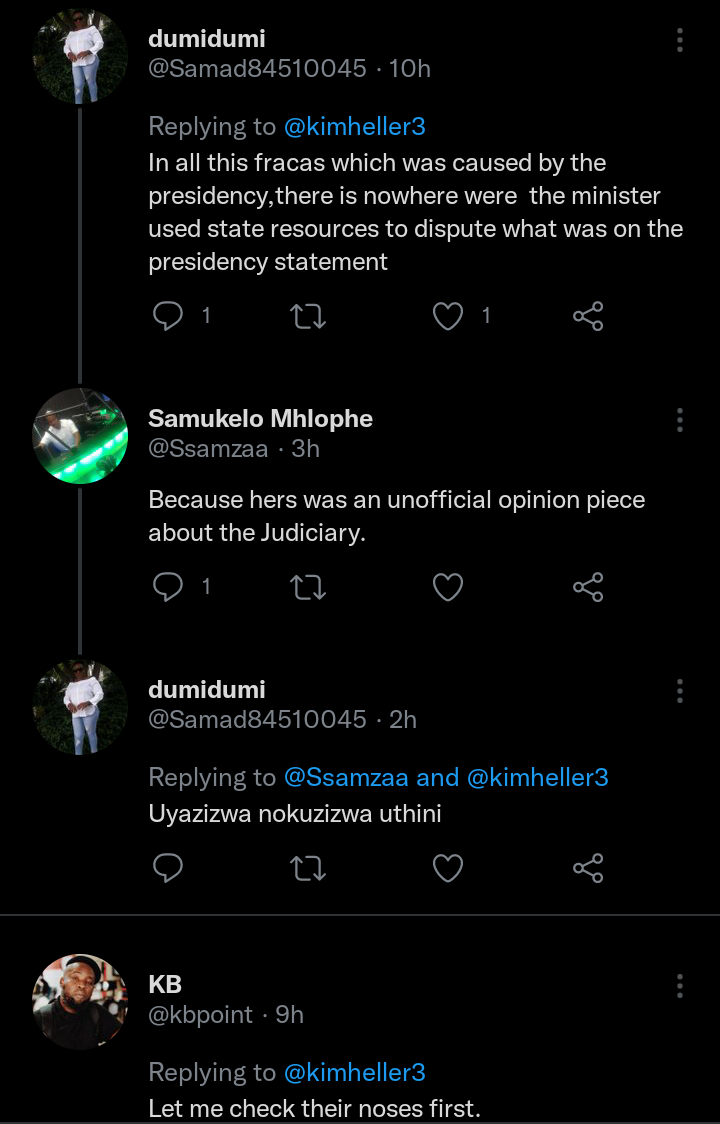 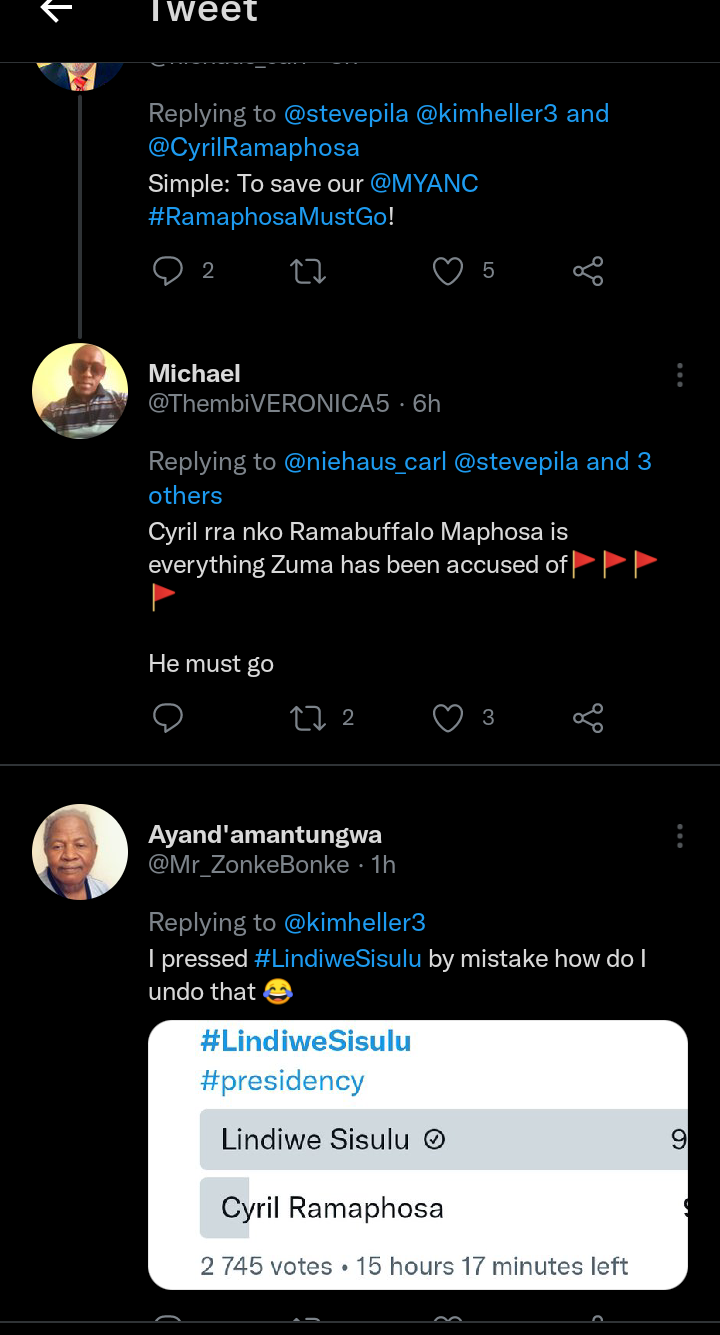 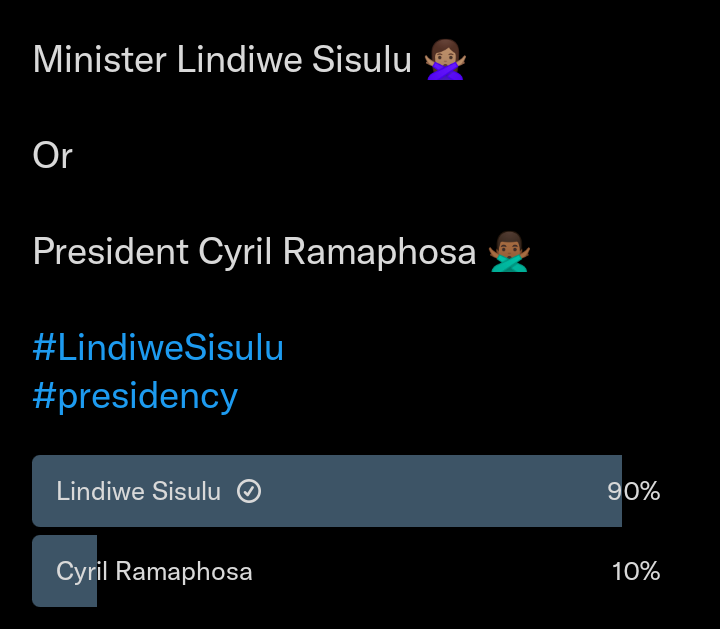 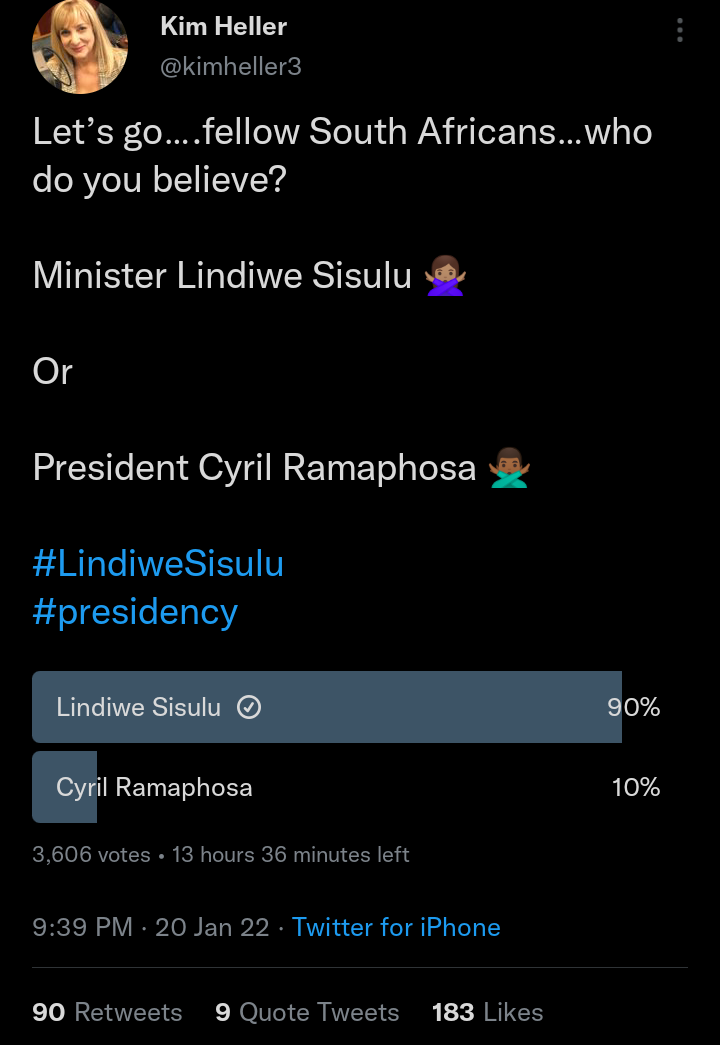 The support minister Lindiwe Sisulu is getting since the fracas with the presidency began have been overwhelming since she was accused of attacking the constitution and the Judiciary. One of the people who voted for Lindiwe Sisulu said that he usually believes in Ramaphosa before, and have always believed him, but he said this one, he is not going to believe the presidency because he can sense they are trying to stage something against Lindiwe Sisulu. He further added, “I believe Ramaphosa, generally. I believe Sisulu on this one. I think the presidency is staging a good PR statement to calm the situation. On this POLL, I go with Sisulu”. Despite all the attempts being made to bend or break the minister, she remained adamant and president Cyril Ramaphosa's followers and supporters are now pressuring the president to reshuffle her or relieve her of her position to teach her and other people a lesson. However, Ramaphosa too is being careful not to provoke an uproar because numerous people are supporting Lindiwe Sisulu. Furthermore, the fragile nature of the ANC at this moment needs utmost care from president Cyril Ramaphosa now that their conference is fast approaching. 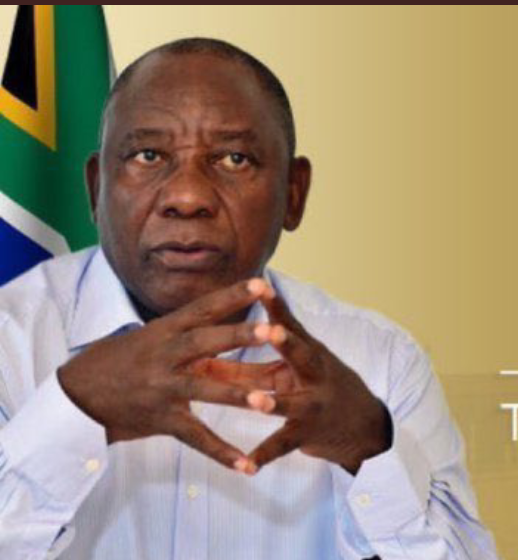 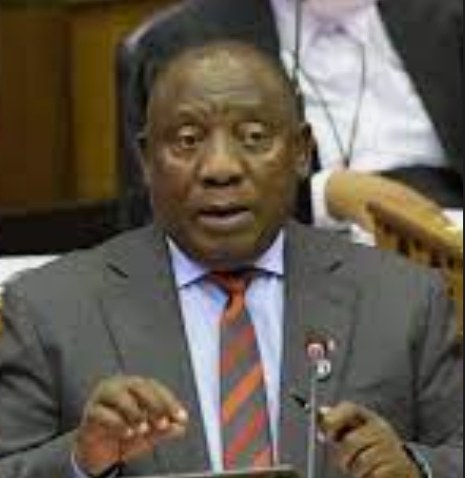 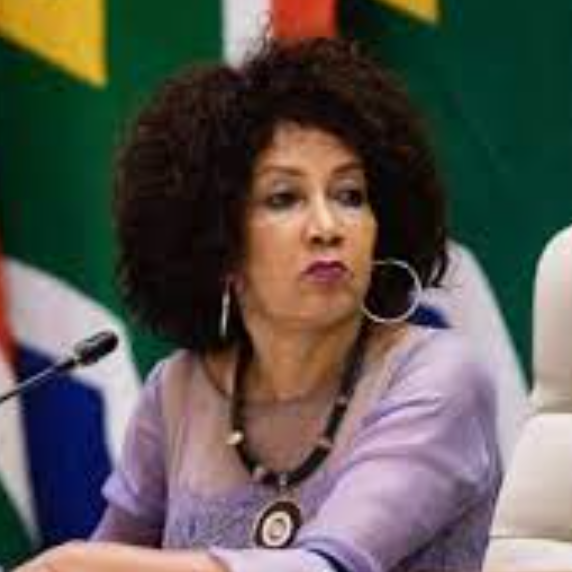 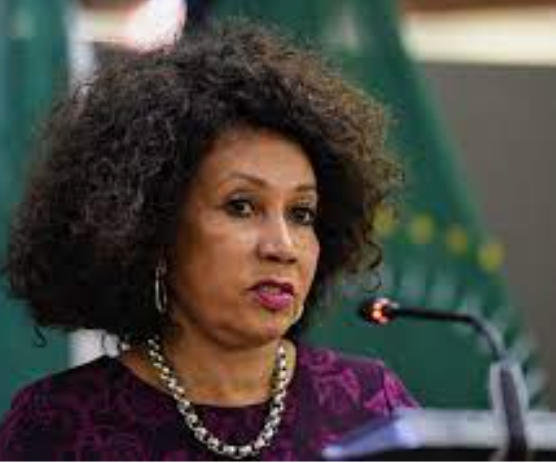 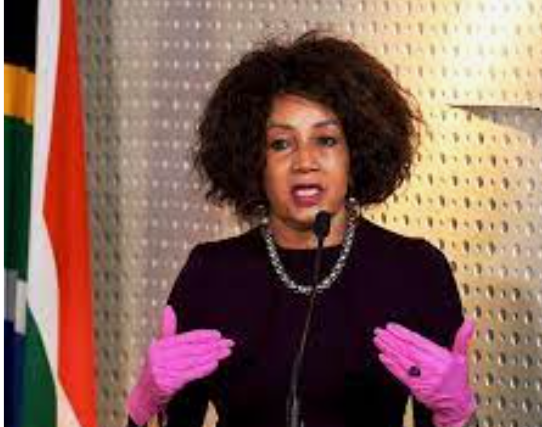 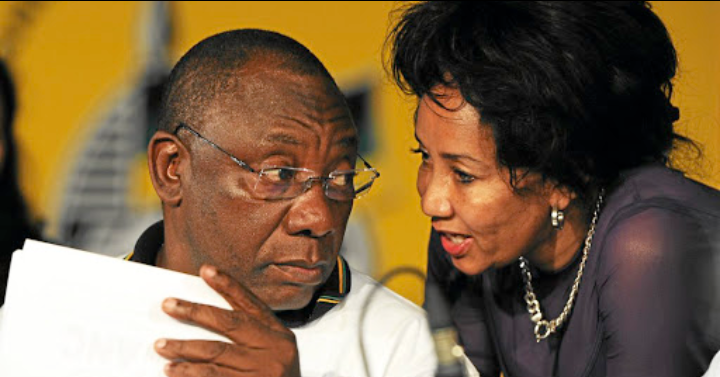 Floyd SHIVAMBU Has Released An Official Statement To The Public

Opinion - Duduzane Zuma was never a business person he was simply a proxy to the Gupta's.

HE SHOULD BE APPRECIATED: President Ramaphosa led by example and did this for South African people

RAMAPHOSA Has Released An Official Statement To The Public