King Mswati's decision to unleash soldiers to shoot and kill dozens of civilians during the recent pro-democracy protests has triggered more political tension in this tiny Kingdom of eSwatini. 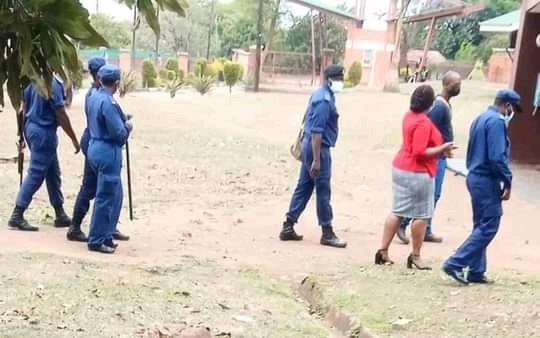 Mswati’s Prime Minister Cleopas Dlamini has appealed to parents to raise their voice and protect their children from being used to push what he described as “agendas”.

“In the past few days we have seen unrests in a few schools, particularly in the Southern region. Children have left classes and are roaming the streets subconsciously pushing agendas of other people. Needless to say, these are faceless people. Valuable time is being lost at a time where examinations are getting closer”,said Mswati’s Prime Minister who was not elected by the people.

But the unrest subsequently spread to other schools across the country, police were later deployed to assault children in various schools, this was condemned by Save the Children Director Dumisani Mnisi.

Speaking to this Swaziland News, Mnisi said in the midst of the current situation, they worked with various stakeholders and human rights organizations in ensuring that the rights of children were protected.

“We want to emphasize that children should not be exposed to violence or used to fulfil agendas”, he said.

Mnisi said they were aware of the situation in schools where children were allegedly abused by the police or exposed to an environment where police carried guns to school, he condemned this saying it brought trauma to the children.

Eswatini Government Spokesperson Sabelo Dlamini did not respond when this publication sent him questions regarding this issue.

Reached for comments, Mbongwa Dlamini, the President of the Swaziland National Association of Teachers(SNAT) urged government to address the grievances of the children instead of attempting to shift the blame to teachers.

“Government recognizes the role played by the June 16 students in South Africa in liberating their country and now the same thing is happening here. Instead of addressing the issues, they are attempting to shift the blame to teachers saying they are influencing children to protest”, said the SNAT President.

Eswatini is a tiny Kingdom ruled by King Mswati as an absolute monarch , the country has about 70% of the population living below the poverty line.