"EFF SOLD OUT To DA To Spite ANC" Andile Mngxitama

By Truthfulnews (self media writer) | 5 months ago

President of Black First Land Andile Mngxitama is disillusioned over the decisions made by means of EFF and Action SA to back DA in electing mayor's within the City Of Johannesburg and Ekurhuleni. 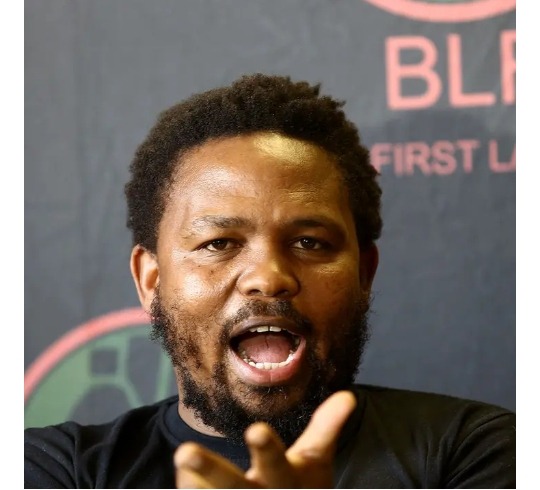 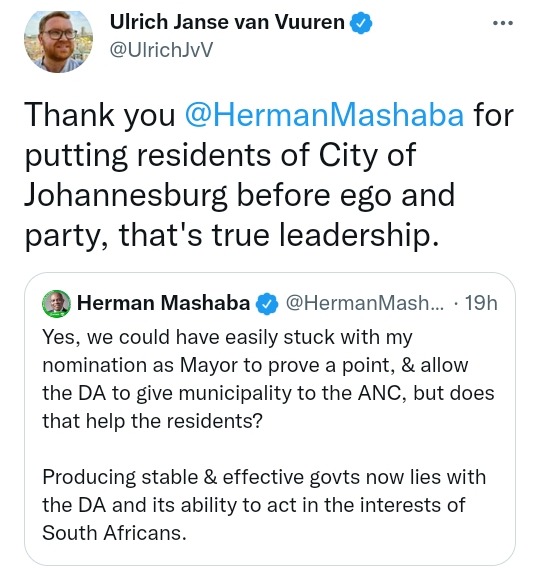 According to Action SA Herman Mashaba giving their votes to DA was to unseat ANC and placed the residents of the country first over petty politics. 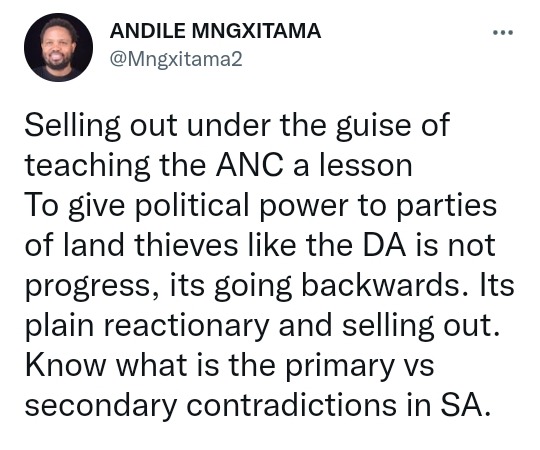 ANDILE MNGXITAMA said in his own words I quote, Selling out under the guise of teaching the ANC a lesson To give political power to parties of land thieves like the DA is not progress, its going backwards. Its plain reactionary and selling out. Know what is the primary vs secondary contradictions in SA.

According to Andile EFF sold out black people to the folks that stole the land which does not make any sense of why EFF manifesto talks about "land and jobs manje" but they did what they did. 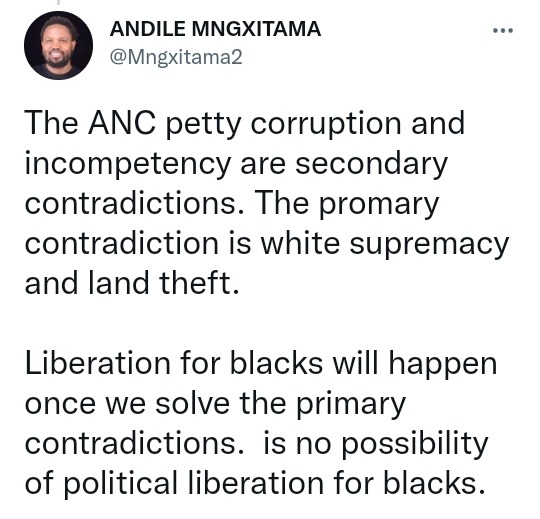 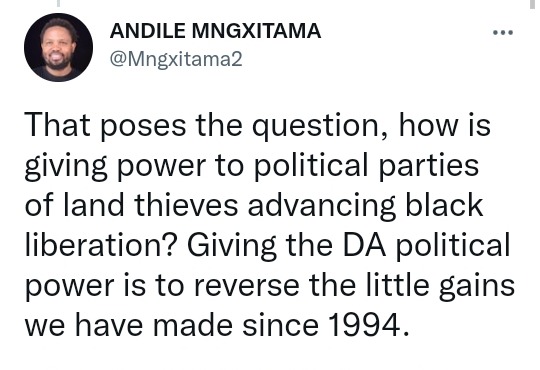 Mngxitama further said I quote, That poses the question, how is giving power to political parties of land thieves advancing black liberation? Giving the DA political power is to reverse the little gains we have made since 1994. 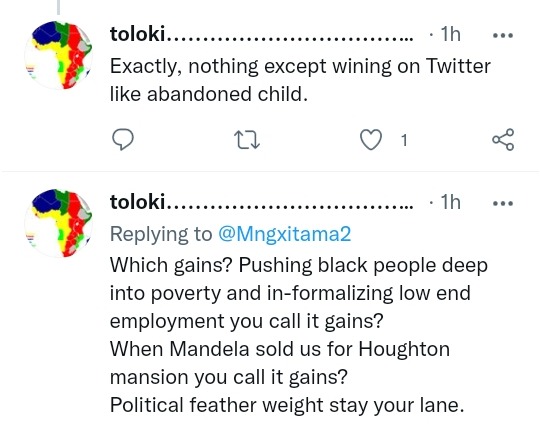 toloki asked while replying to Andile's tweet and said I quote, Which gains? Pushing black people deep into poverty and in-formalizing low end employment you call it gains? When Mandela sold us for Houghton mansion you call it gains? Political feather weight stay your lane. 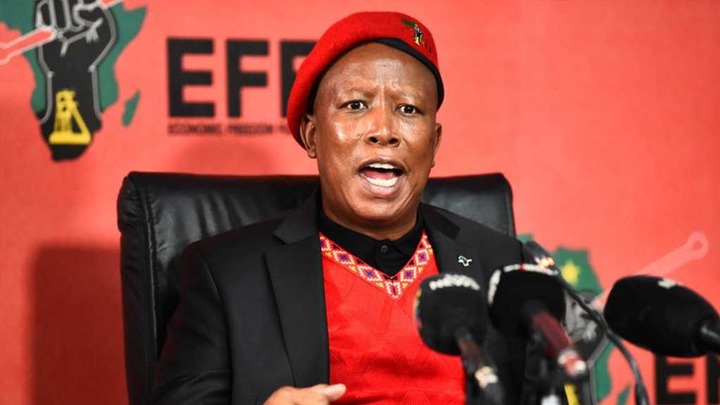 Julius Malema made demands to ANC if they wanted him to give them their votes as a way to remain in power however ANC didn't agree to EFF's demands therefore EFF gave their votes to DA without no demands with the intention to cast off ANC in power. The question is, what is the hidden agenda behind the choices of EFF leaders. Does Malema know something that his not letting on and this is probably might one political move that will shock people as time goes on due to the fact Malema was once underneath the leadership of Jacob Zuma who managed to stay as president for a couple of term. 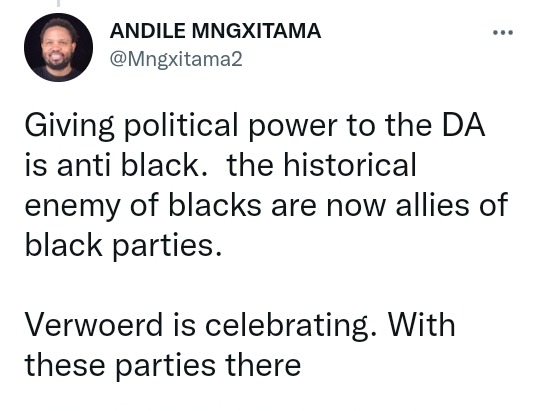 Mngxitama further said on his official Twitter account I quote, Giving political power to the DA is anti black. the historical enemy of blacks are now allies of black parties. Verwoerd is celebrating. With these parties there. 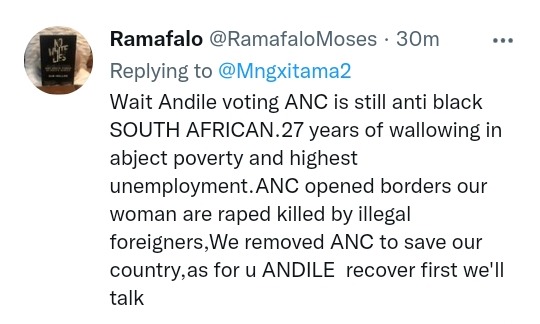 Here's what other people says below there are pictures. 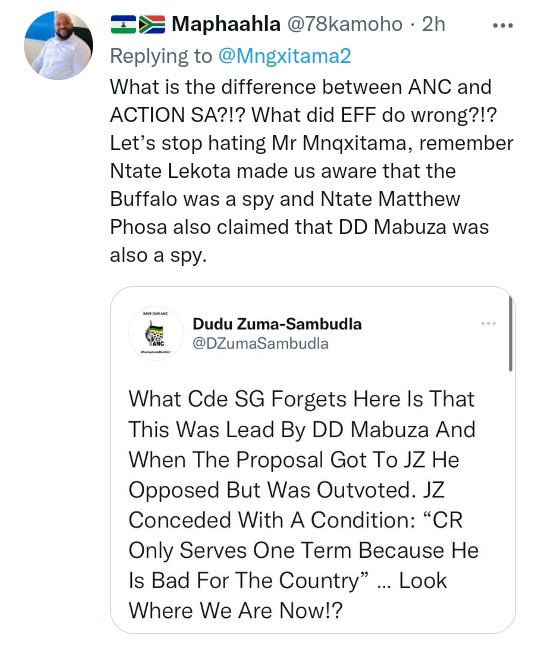 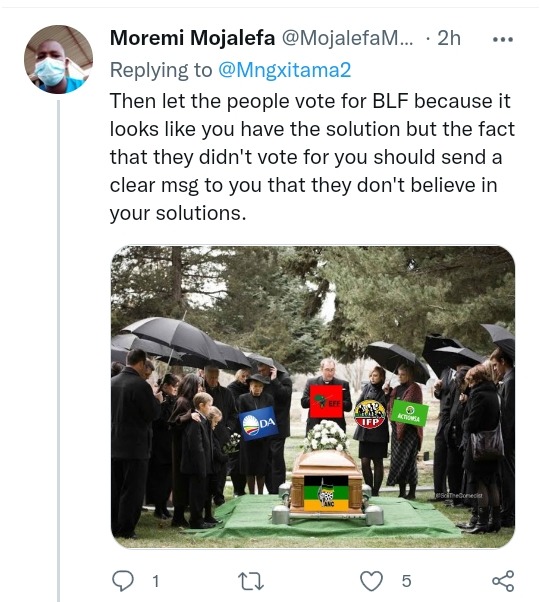 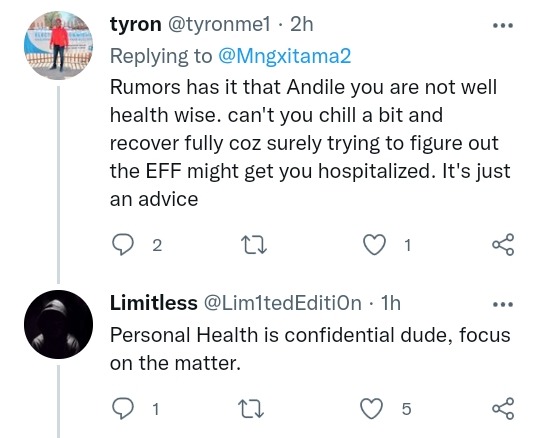 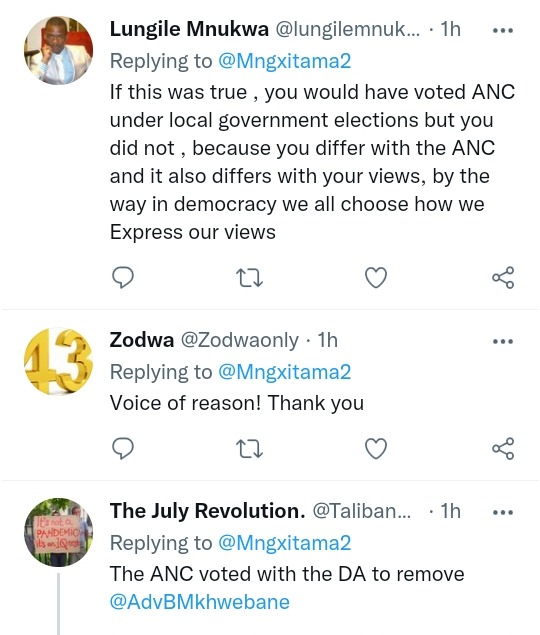 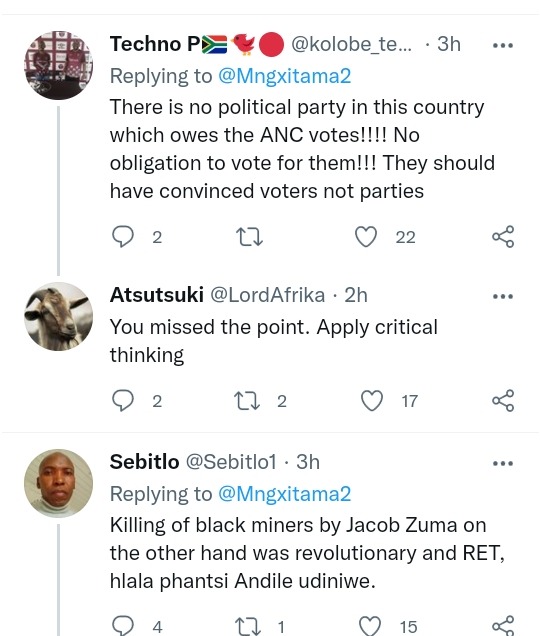 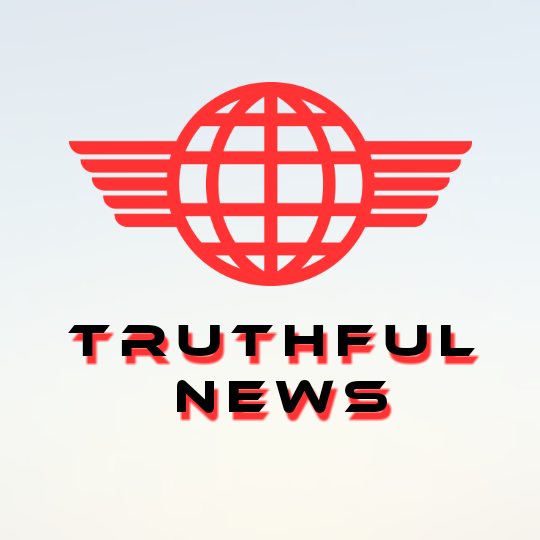 Content created and supplied by: Truthfulnews (via Opera News )

Many artists are born in the bedroom studios. Master KG says never give up on your hustle. Read more

They are so perfect together, Boity and a mystery man.