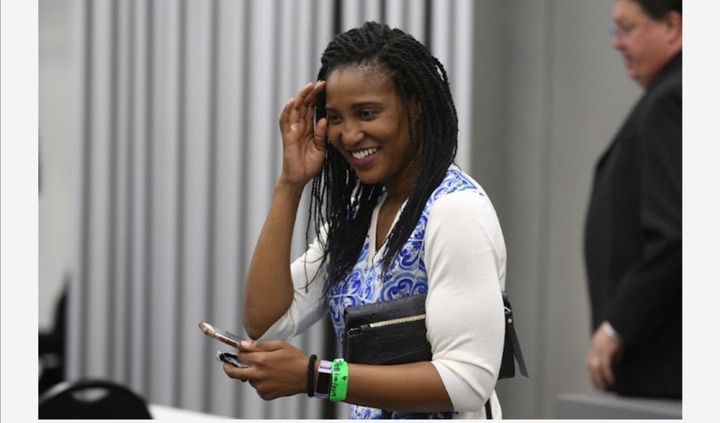 Duduzile Zuma-Sambudla, the daughter of former President Jacob Zuma, set tongues moving this week when she declared President Cyril Ramaphosa should be named "Mampara of the Year."

Although it is only a few weeks into the new year, Zuma-Sambudla believes the race for the biggest mampara in 2022 is already over.

"I believe we may immediately award 'Mampara of the Year,'" she said, with a photo of Ramaphosa.

She also made a reference to EFF MP Naledi Chirwa's recent criticism of Ramaphosa, using the term "Mfana ke mfana" [a boy is a boy]. 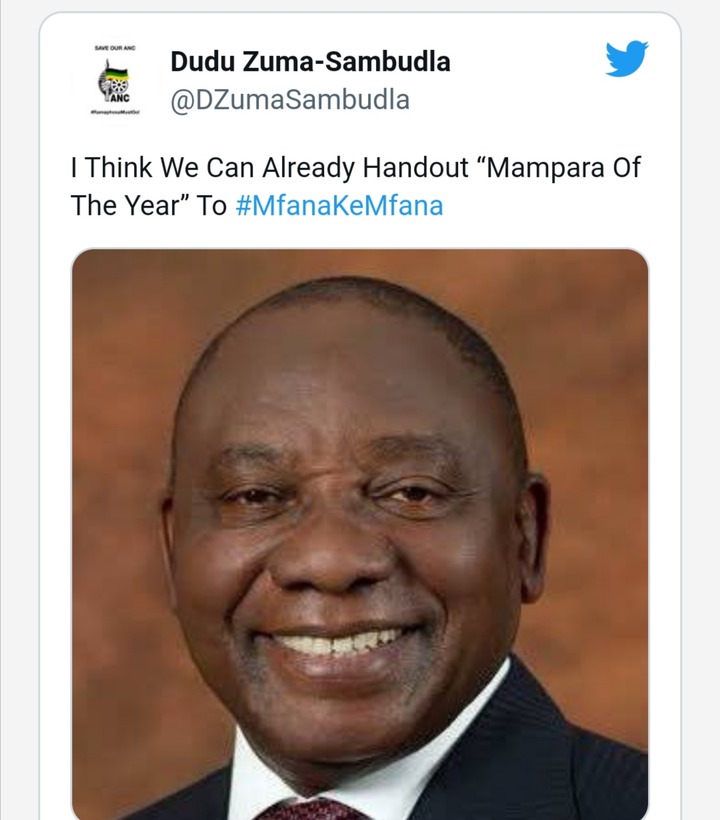 "Mampara of the Week" is a popular Sunday Times feature that takes aim at politicians and public figures who have dominated the news for the wrong reasons over the week.

After his national address in May 2020, Ramaphosa was previously dubbed "Mampara of the Week" by the journal.

Zuma-jabs Sambudla's at Ramaphosa follow a leaked recording of an ANC NEC meeting in which it was indicated that public monies were misappropriated for an internal party campaign.

The standing committee on public accounts (Scopa) has stated that it may summon Ramaphosa to explain the comments made in the leaked audio recording.

Ramaphosa is accused of allegedly perjuring himself during his testimony before the Zondo commission by failing to disclose his awareness of the suspected use of state funds for an internal ANC campaign.

Zuma-Sambudla is hardly the first person to criticize Ramaphosa.

She dubbed the ANC, led by Ramaphosa, the "Apartheid National Congress" last year.

She also modified the colors of the ANC logo to those of the apartheid government's flag.

Zuma-Sambudla asked for the ANC leadership to quit in a separate post.

The ANC's leadership must step down. Remove the stooges of WMC (white monopoly capital). Vote ANC in large numbers. Manually count the votes. Then modify the constitution. "Implement the Freedom Charter and the RET [radical economic transformation]," she stated.