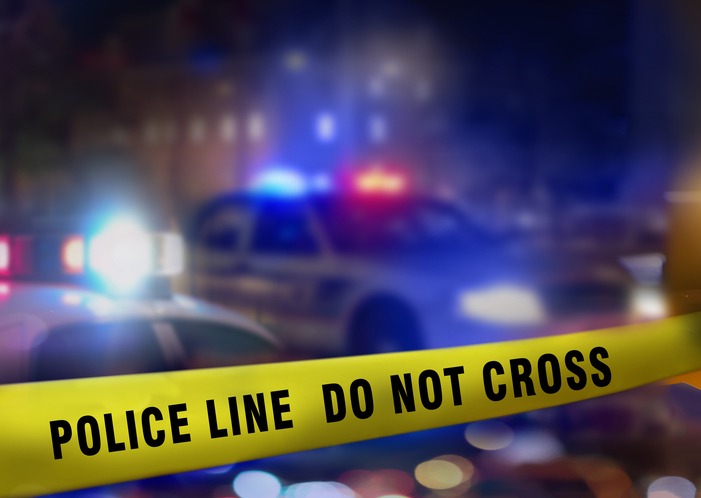 Image: Police are investigating an attempted kidnapping saga as reported by Thambo.

Barely a week after Hillary Gardee was buried, another EFF top official's loved one has reportedly narrowly escaped a kidnapping saga. Hillary Gardee, the daughter of EFF heavyweight, Godrich Gardee was brutally murdered after she was abducted last week. Now, EFF Head of Presidency, Sinawo Thambo reports that his baby mama was almost abducted in Pretoria. While I was speaking to the SABC on the tragedy of Hillary, my daughter’s mother was jumping out of a moving car in Tshwane, because they were trying to kidnap her. This country is f*cken insane. Seconds away from another tragedy. Yeses", Thambo revealed on Twitter. 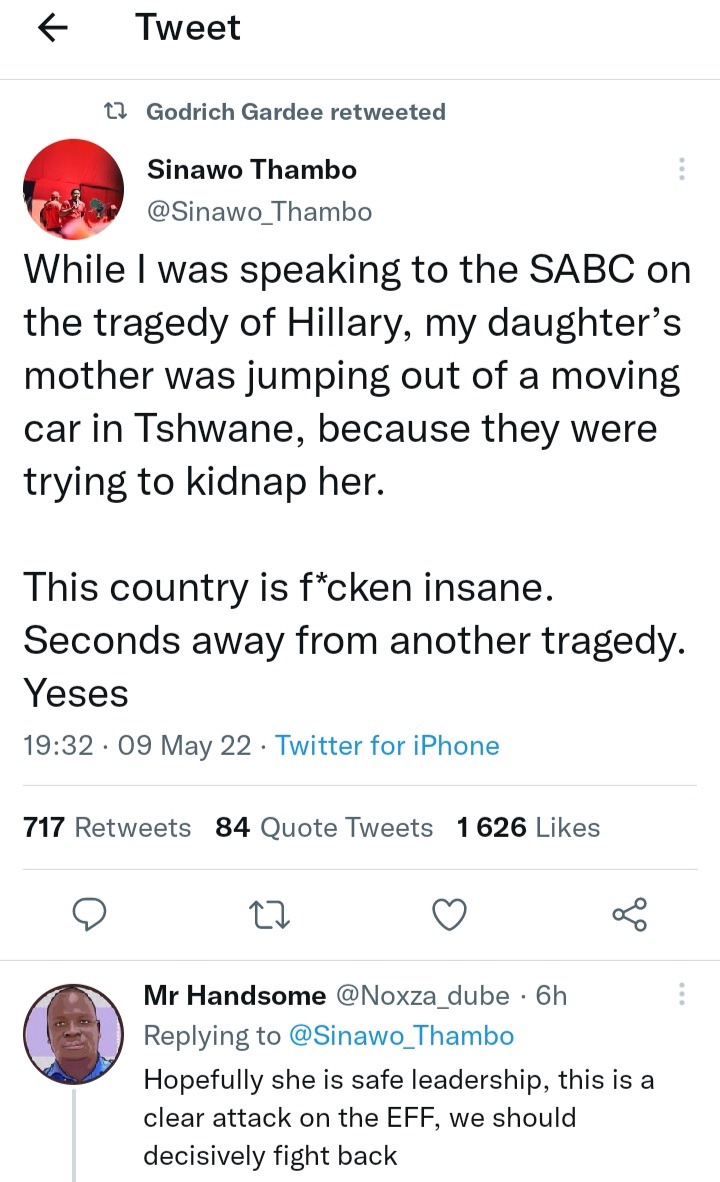 Fighters have referred to these latest developments as a clear indication of an attack on the EFF. "We have children. To defend them, every EFF member must own a firearm and do everything that is necessary to defend our children", a Fighter said.

Here is how other fighters responded:

@JoyMuxanga We must remain calm fighters, that's what the enemy wants, The DOR must be on standby, amaqabane katambo think we are their wives that they beat around. The commander in chief must make a pronouncement, they think our military posture is for show, FIGHTERS ISUKILE!!!!!!

@AgentLalas Dudula members are really serious they want to finish off EFF members.

@TshidisoFeela This is now a clear attack on the EFF, Something needs to be done fast before we lose another loved one my Leader.

@Hlaredi We knew that after they are done with African foreigners, they will come for us... We need to advice members of EFF and their families to buy guns..let's go to guns shops and buy legal guns to protect ourselves. One gun is not enough. 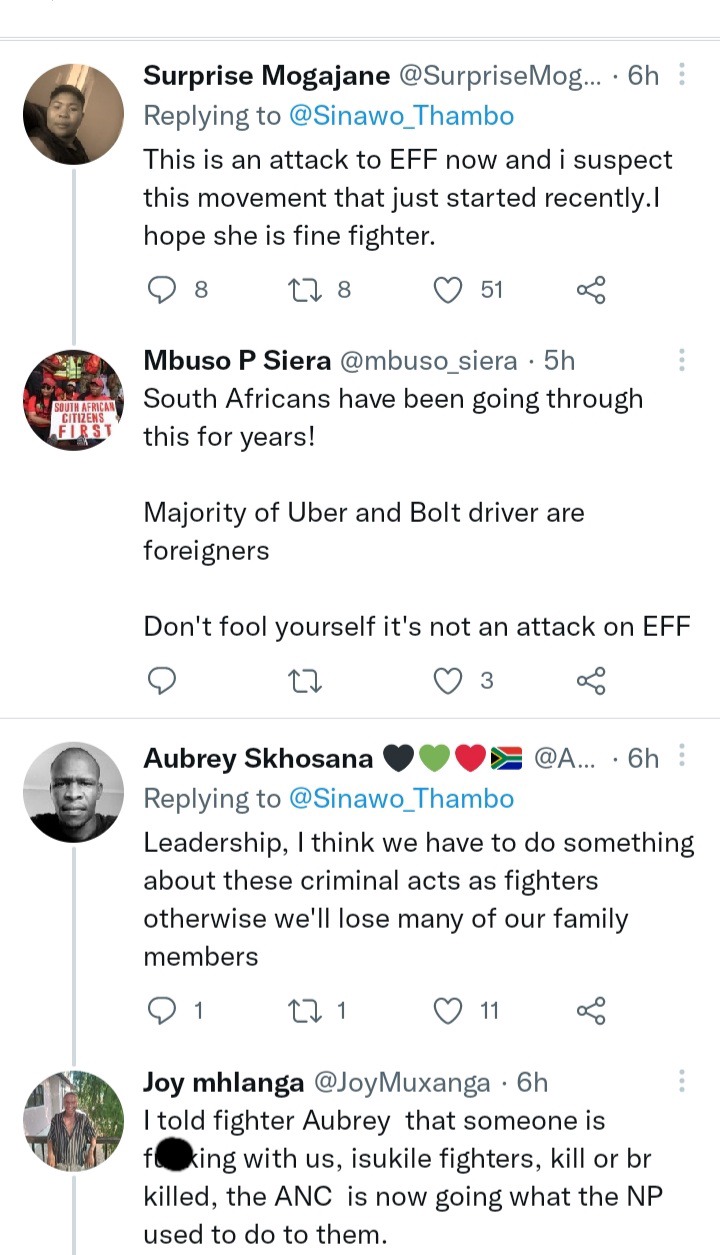 However, some people still maintain that the kidnappings are a result of the open border policy encouraged by the EFF. "You thought hosting millions of undocumented untraceable people whom you have no idea of their intentions of being in South Africa will end how? Many ordinary South Africans have disappeared and when they cry you labeled them xenophobic. 'Ziyakhala manje', we are in the same trouble ", a tweep said. 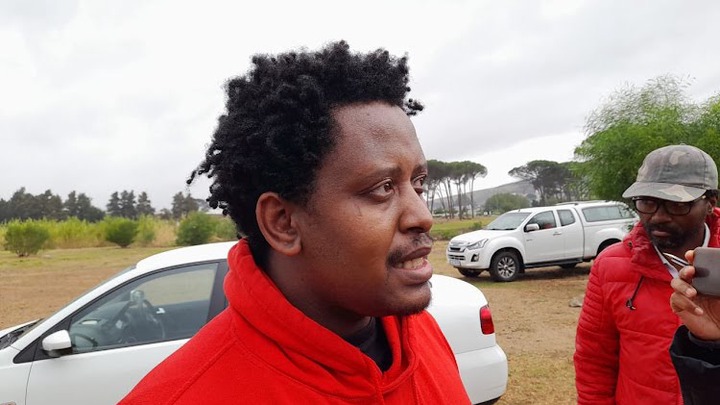 But methinks there is more to these kidnappings. Just like the Fighters opine, the EFF may be under attack. Hillary's alleged killers are linked to the ANC and dots are connecting the whole thong to be politically motivated...now this! One plus one is giving more than two in these cases. On the other hand, Thambo and Godrich were recently in the forefront of a protest as they closed borders trying to address King Mswati. Thambo said the party wants an equal redistribution of wealth between King Mswati III and the people of Eswatini. We know how Mswati rolls. What are your thoughts? 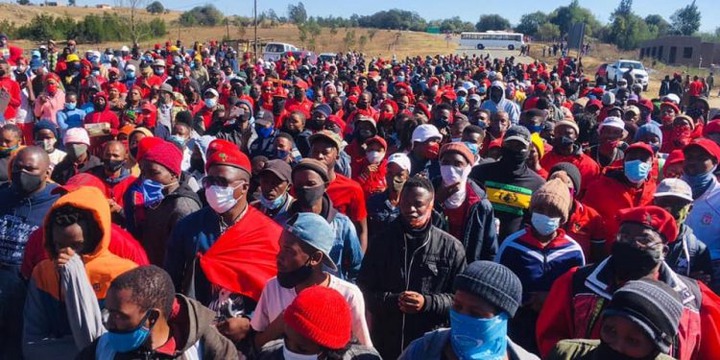