Robert Marawa knocked some sense into the minister’s head, he is now reviewing the R22-million flag.

By Khaarendiwe (self media writer) | 1 month ago 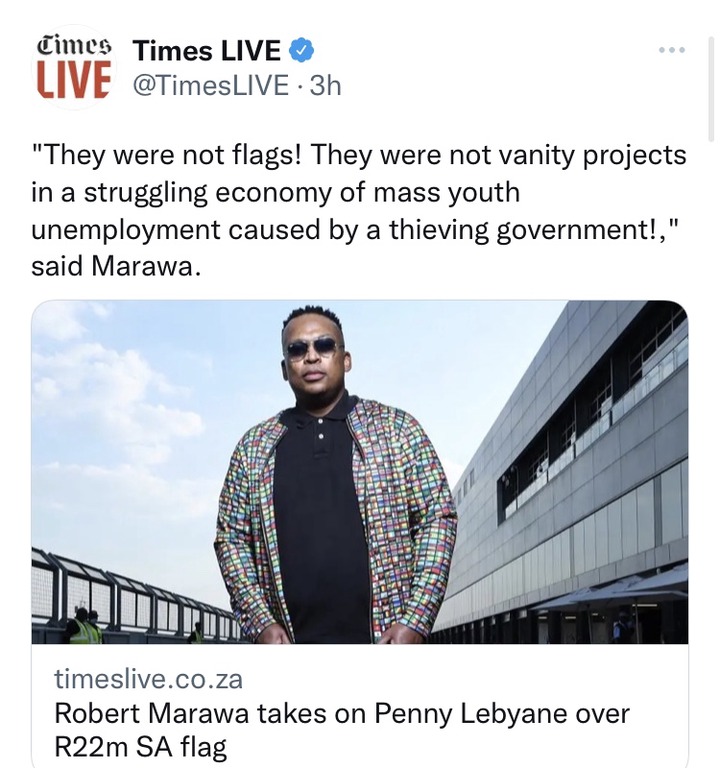 As it stands Arts and Culture Minister Nathi Mthethwa has announced the review of the decision to erect monumental flag. The flag at Freedom Park was set to cost R22-million. The minister says he has noted the public outcry over the envisaged flag. 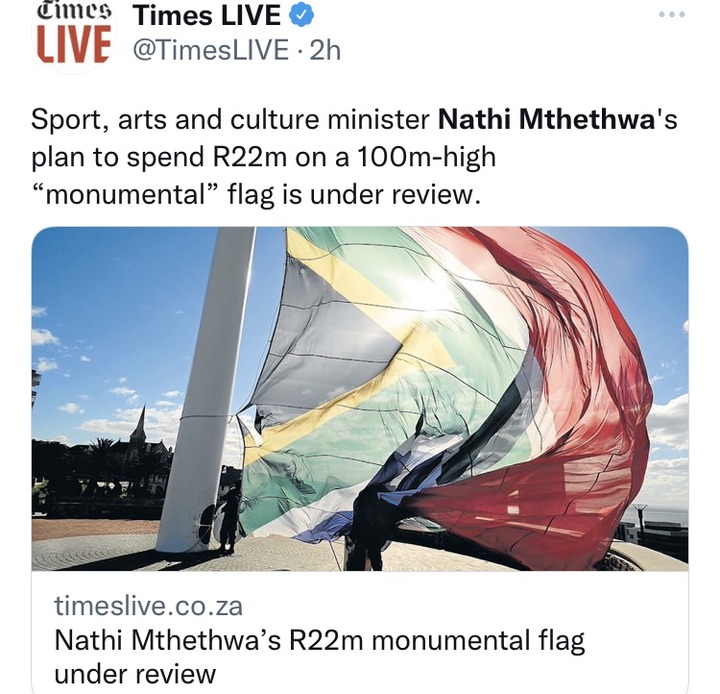 “I have not studied the feasibility document on the Flag to cost 22 Million so I’m limited there but it doesn’t sound like a lot of money for something that will out live me. Hating the minister can’t be the reason why creatives themselves don’t commit to fixing their problems” said Penny Lebyane. 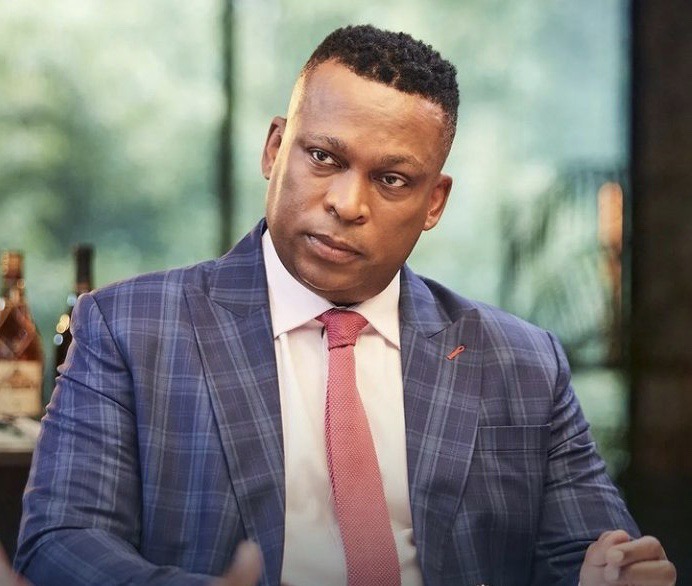 “Selfless people like Robert Marawa & Gayton Mckenzie are the crop of leaders that should be occupying public offices, not these self-serving & spineless career politicians who will do & say anything for supper. South Africa does not need politicians, it needs ethical leaders” said Black Coffee. 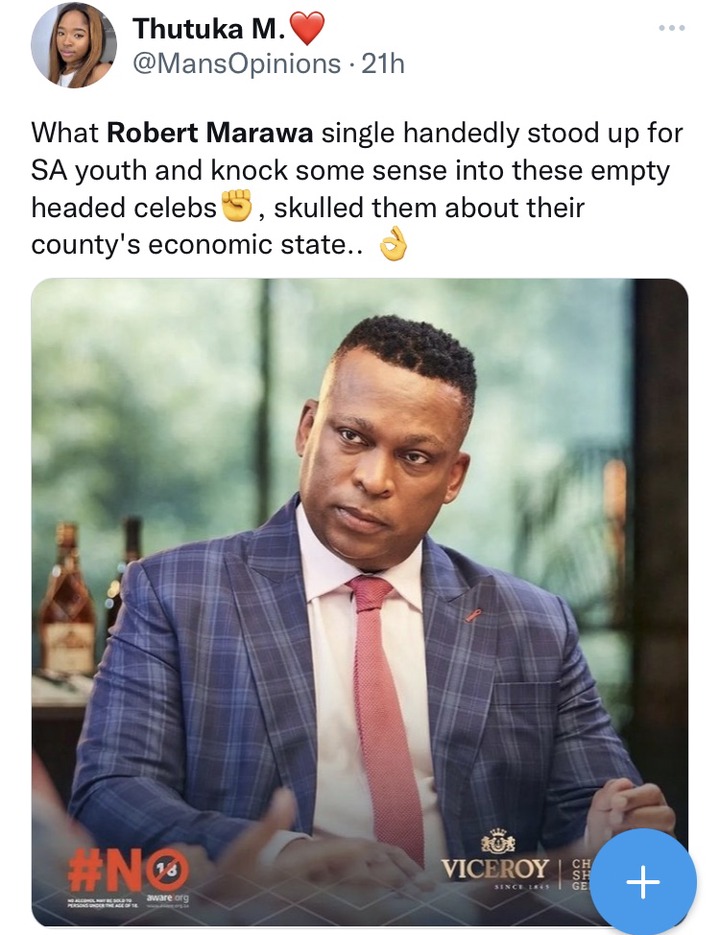 Simitho Biyela tweeted “We have found a replacement for Nathi Mthethwa AKA minister of condolences.Robert Marawa should be our new minister of Sport and Recreation if you don't know him, ask Penny Lebyane he fetched her this morning, when she tried to be smart in defence of 22 million flag” 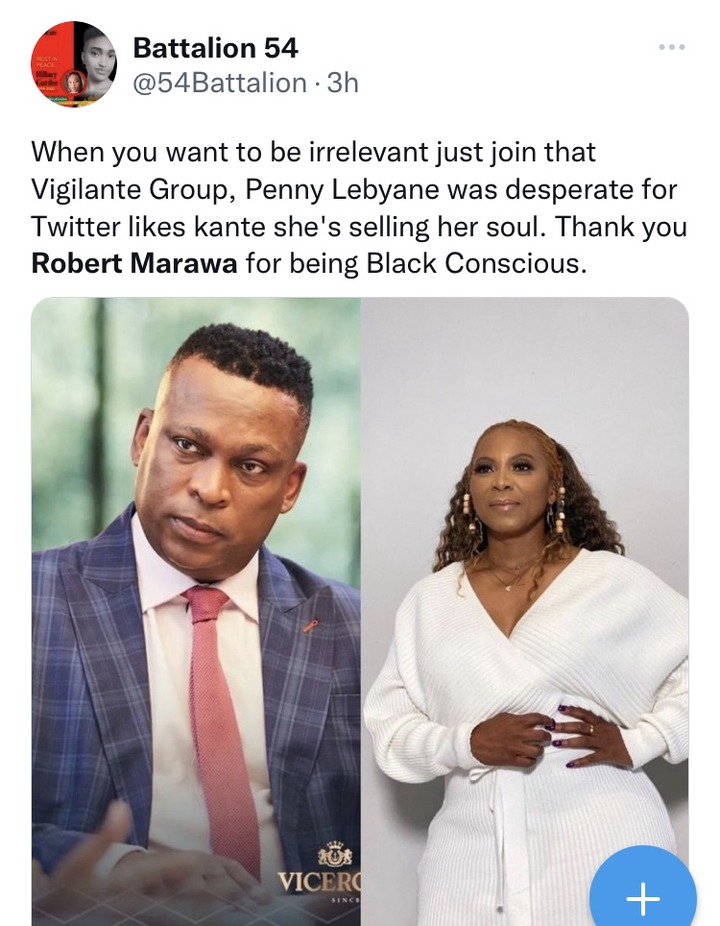 Modibe Modiba also tweeted “Robert Marawa is not captured that's why the SABC didn't renew his contract. The likes of Penny are a bunch of sellouts who will defend nonsense for money. Mr Marawa is all about facts and the truth @robertmarawa I salute you Sir “

What are your thoughts fellas?