A whatsapp voice note led police to believe Bruice Niemmandhoud is one of the instigators of last weeks unrest. 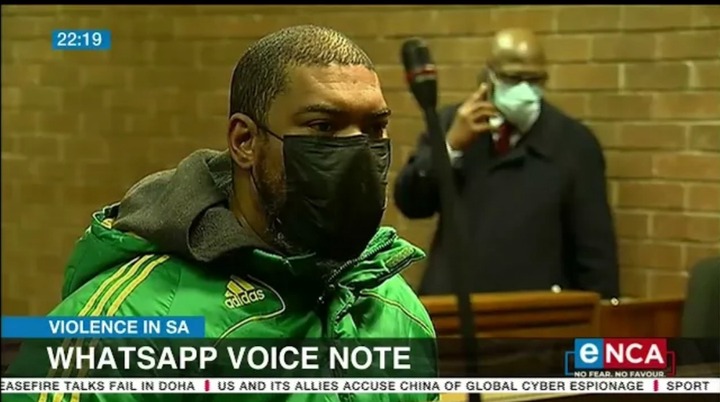 But according to his political party that is not Niemmandhoud's voice. The NPA says it is still investigating Niemmandhoud's role in what the president has described as an insurrection. eNCA reporter Govan Wittles has more #eNCA

One of the first people arrested in insiting violence during the week of unrest is a regeonal leader of opposition party the Patriotic alliance.

He was arrested after insiting people to block roads as part of the unrest. But he says he has been framed.

His party says that it is a fact that it is not Niemmandhoud's voice in that voice note that was circulating.

The NPA says that it is stillinvestigating, and they are not yet at a point to conclude and say he is or is not the mastermind. eNCA reporter Govan Wittles filed this report courtesy of #Dstv403 #eNCA