A notion has been created that former President Thabo Mbeki's sudden reappearance in the political arena was out of a request by President Cyril Ramaphosa, who roped him in to manage factional battles which were inevitably leading the party into a phantasmagoria of political gabadoism - a complete collapse. 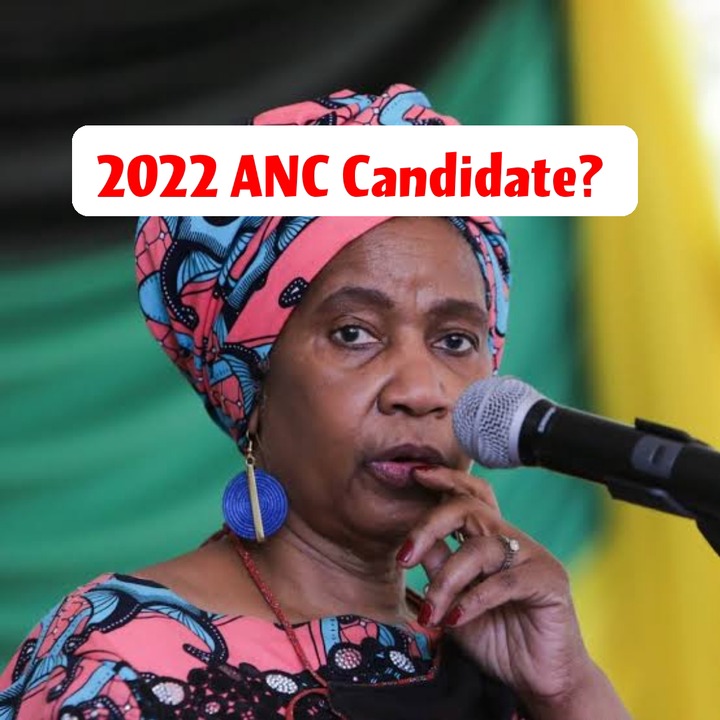 And one is entirely convinced that Mbeki's contribution since his return has been helpful for the ANC, although factional cracks still appear, he has atleast attempted to thrash irreconcilable differences among many leaders, which prevailed post-Nasrec conference in 2017. 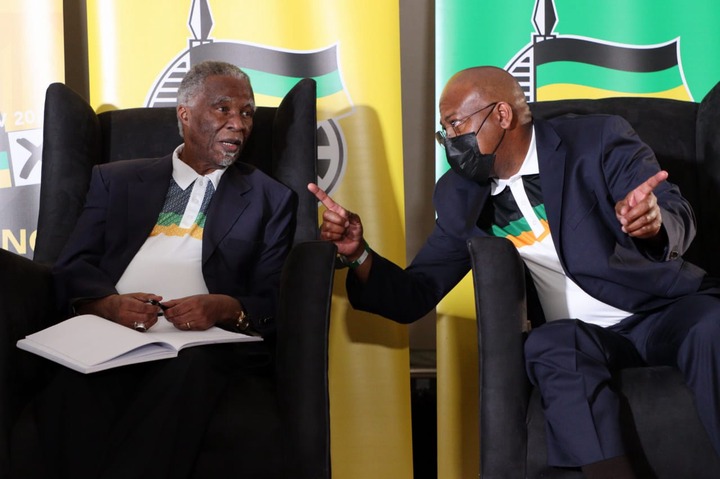 Mbeki has been the subject of a massive twitter debate this morning, this after his remarks on Thursday in which he lambasted and called out some members who are in the ANC, who sing the songs, toyi-toyi without necessarily representing the interests of the people.

His remarks were labelled as a thinly-veiled barb fired at former President Jacob Zuma and those who belong to the RET faction. 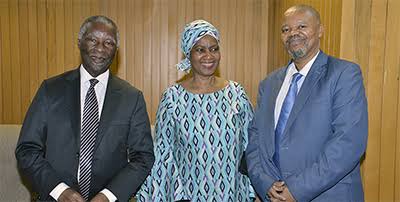 However, those who sympathize with Zuma came out guns blazing against Mbeki, with many of them saying he had no moral right to stand anywhere and condemn Zuma, as he himself dismally failed majority of South Africans during his tenure as President.

In the midst of a barrage of attacks, one tweet stood out, posted by former EFF member Kamvelile Goba, who argued that Mbeki made many decisions that still haunt majority of citizens to this day. 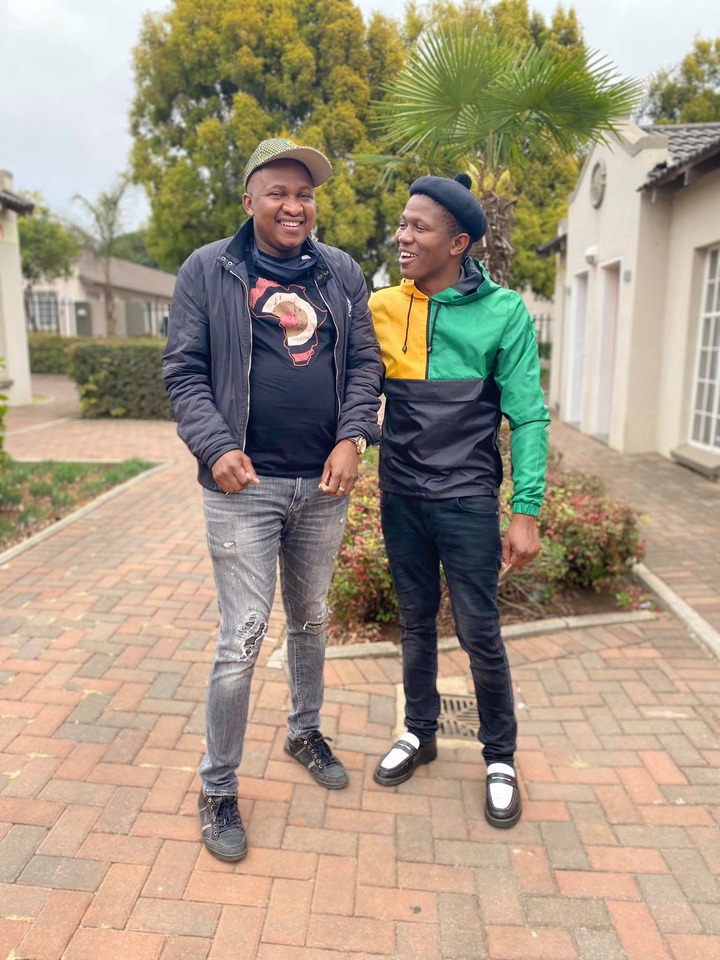 He also made a huge revelation, that some quarters in the ANC believe he is not really back into the fold to support Ramaphosa, but his mission is to ultimately advance the presidential aspirations of his biggest Ally, former Deputy President Phumzile Mlambo-Ngcuka. 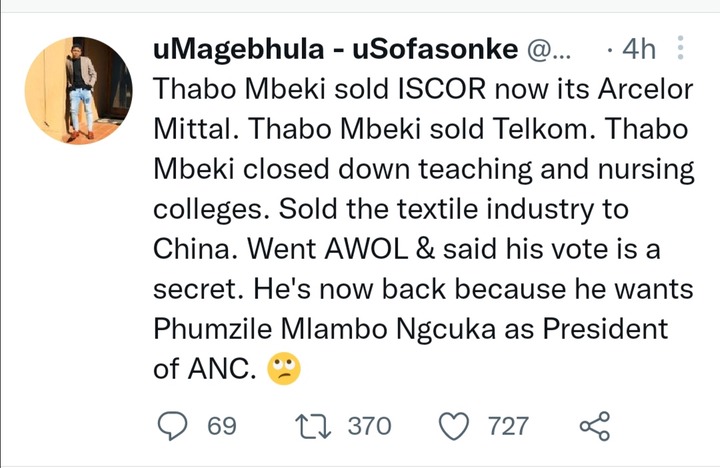 Goba's argument makes a whole lot of sense though, since leaving her role as the Executive director of UN women, speculation has swirled that Mlambo-Ngcuka might be coming back to lead the charge for women's causes in the ANC and the broader country.

She was asked on Thursday at an ANC event about the possibility of throwing her hat into the race at the 2022 ANC elective conference, but as a disciplined member of the ANC, she was diplomatic in her response, as she said, "she will only cross that bridge when she gets there." 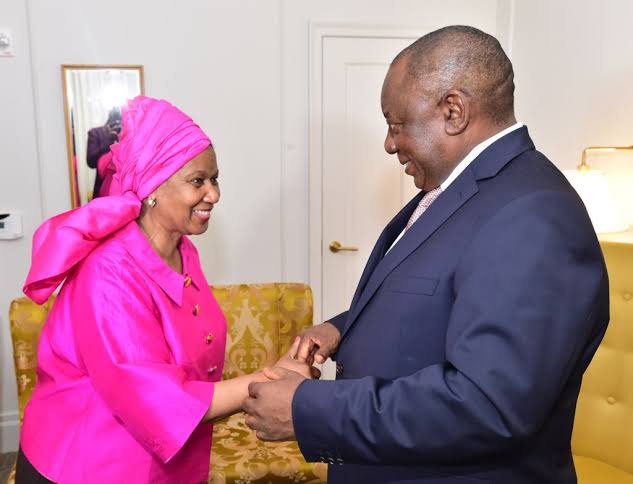 Do you really think Mbeki might really be coming back to vouch for Mlambo-Ngcuka to potentially become the country's first female president? 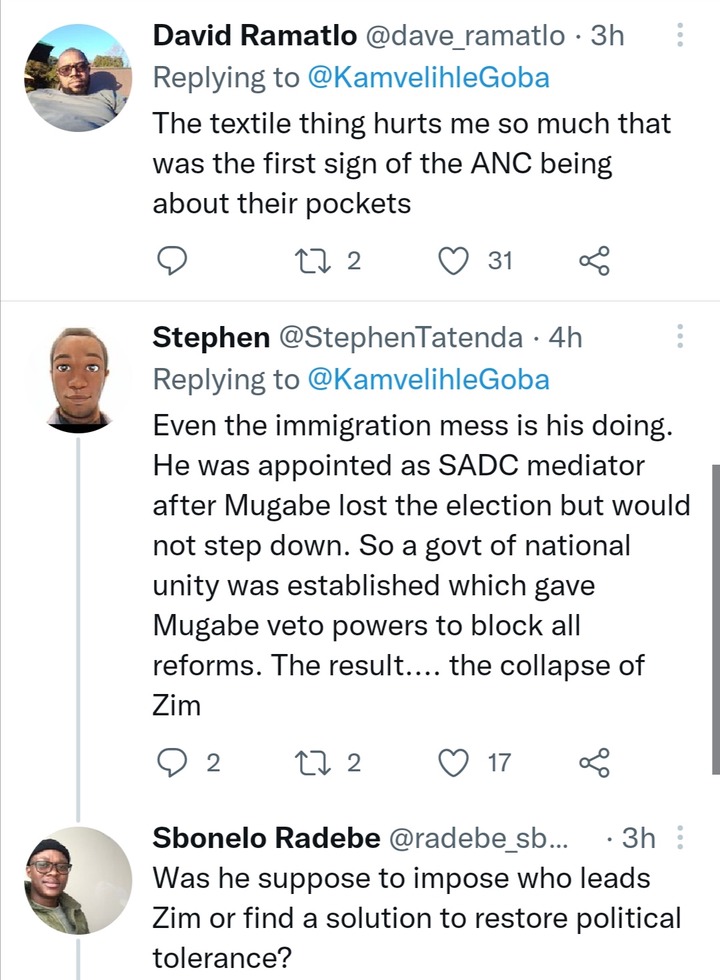 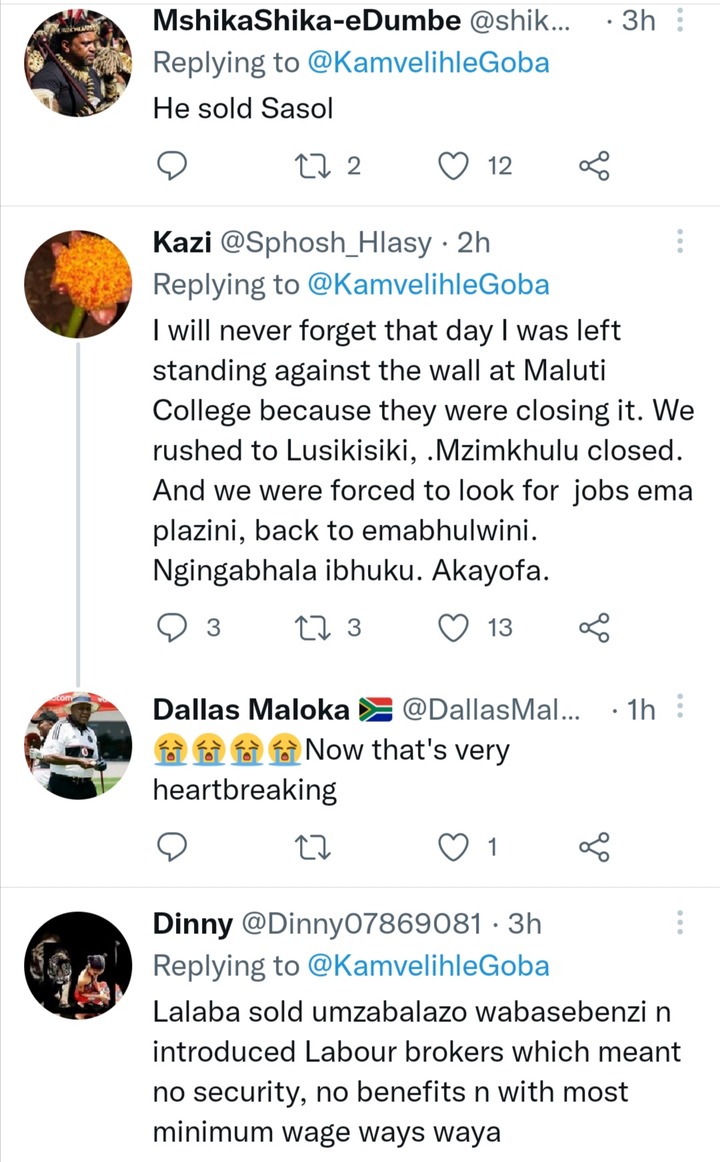 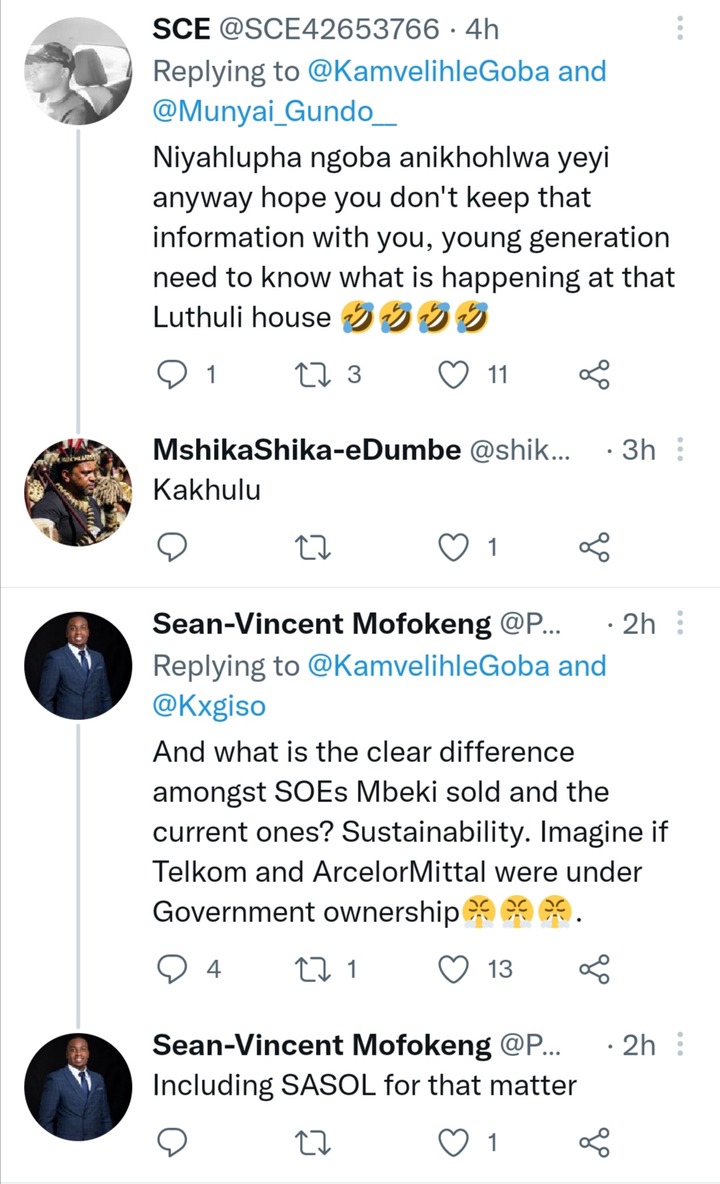 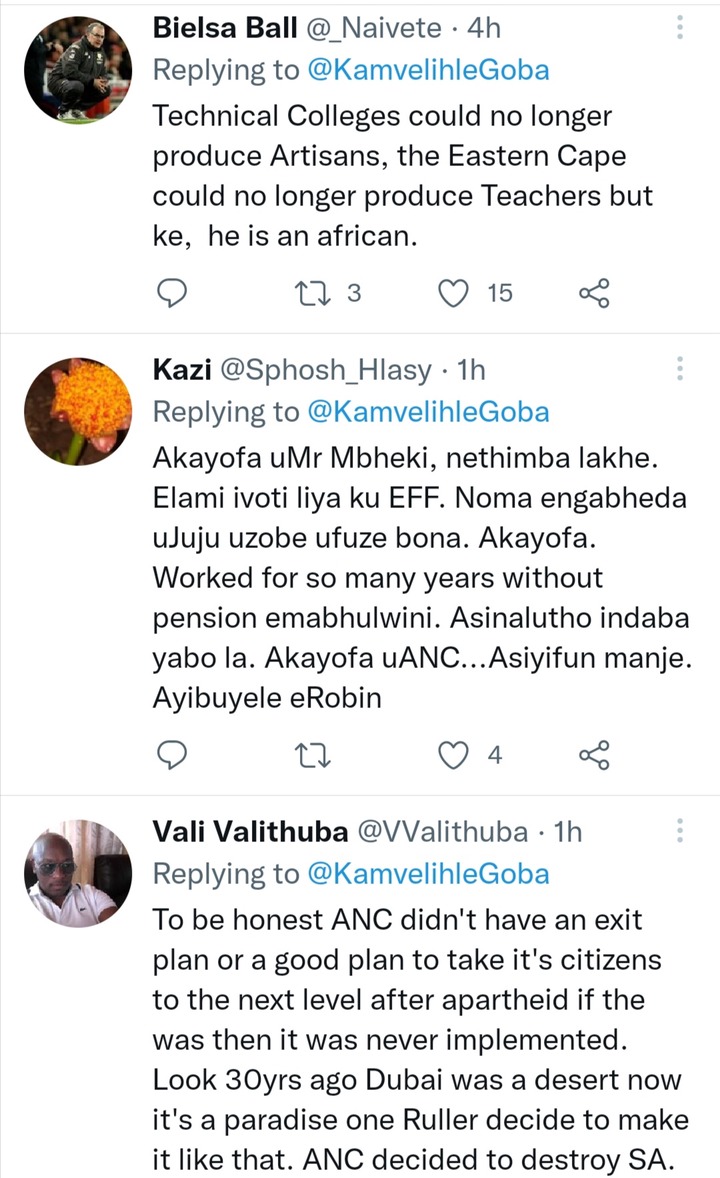 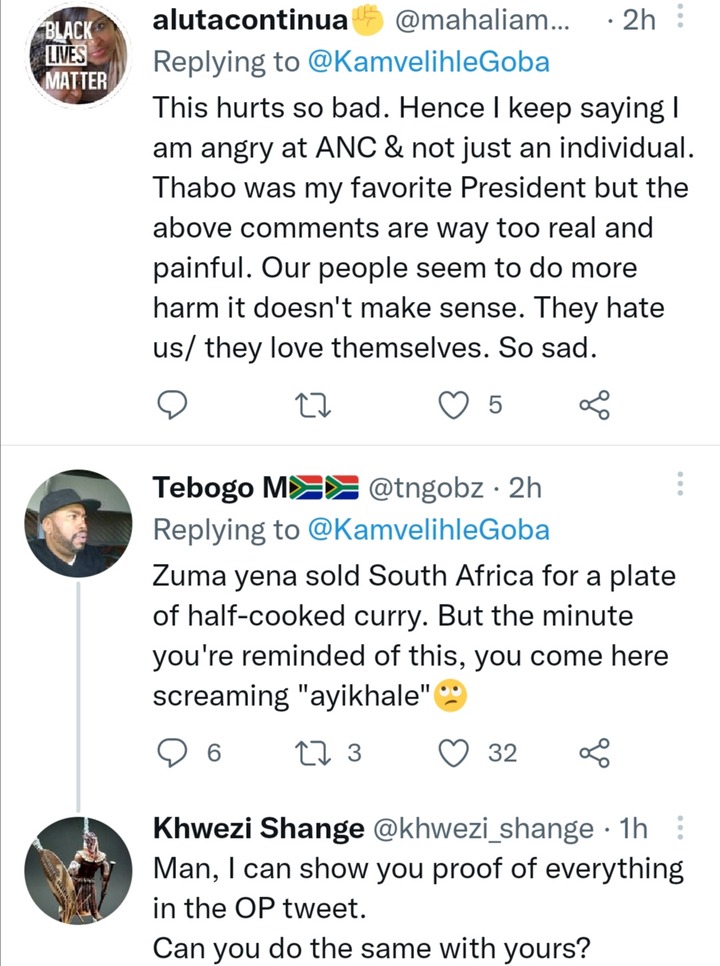 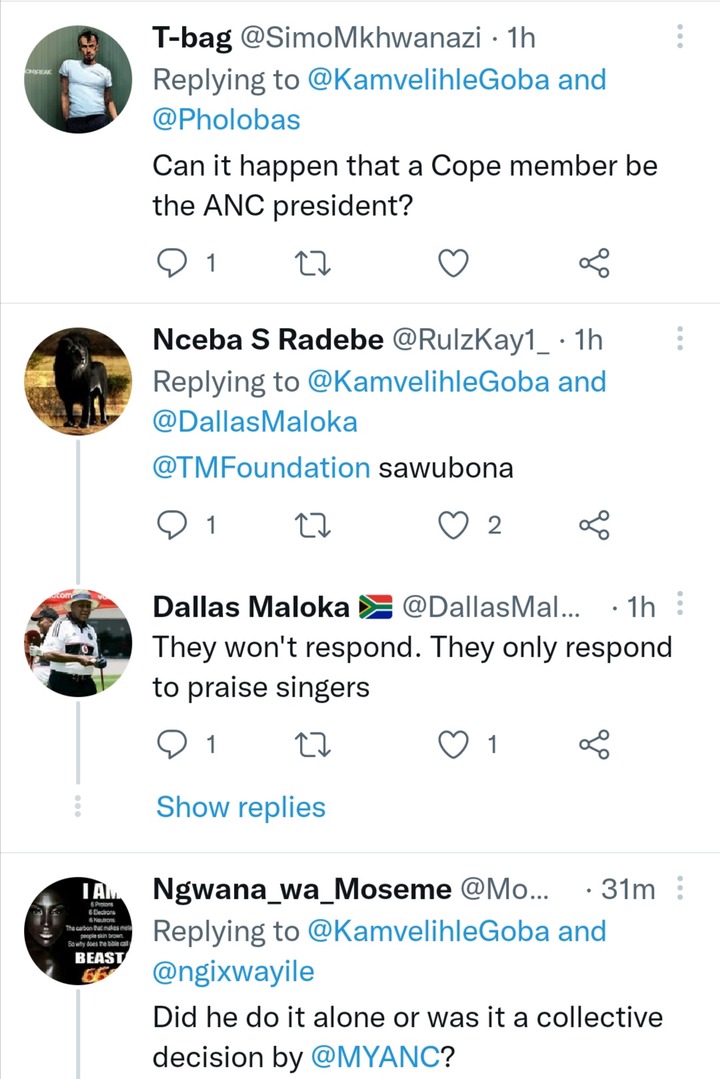 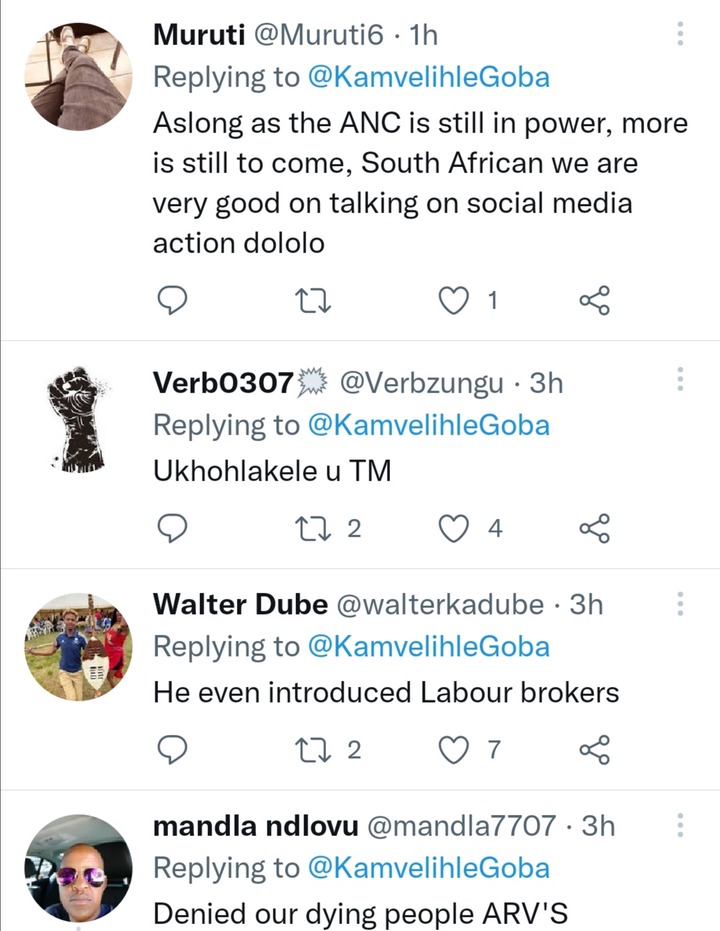