By Mmapula (self media writer) | 7 months ago 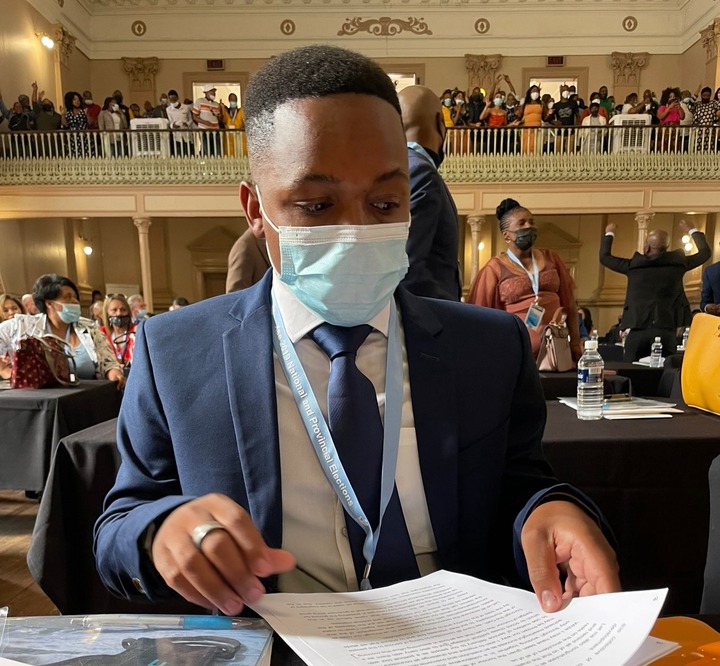 The ANC is accused of keeping on appointing dubious characters. On Tuesday, the ANC new Mayor of Sol Plaatje municipality (Kimberley). Kagisho Dante Sonyoni was sworn in. But not everyone is happy with this new mayor. He is alleged to have five different identity documents with five different names and six interdicts relating to gender-based violence. Before he was sworn in, EFF ward councillor, Poncho Mocwane demanded that they deliberate on the allegations. "These allegations should not be taken lightly. Let us deal with it before he is sworn in and give him an opportunity to defend himself,” said Mocwana. 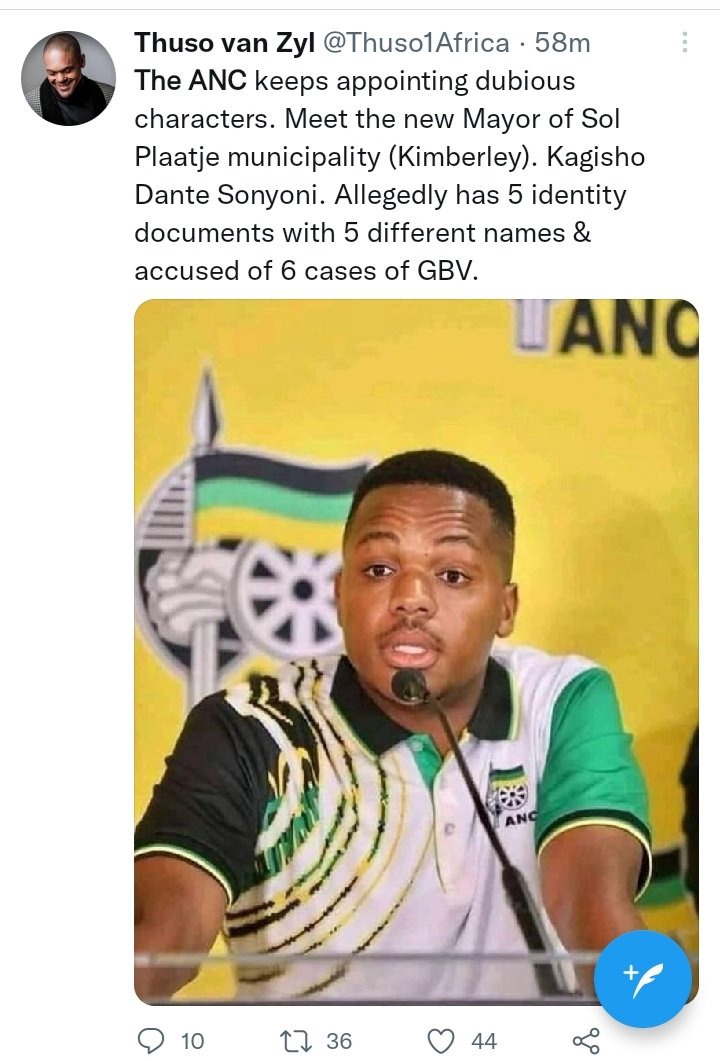 However, the Sol Plaatje municipal manager, Goolam Akharwaray, brushed everything aside, pointing out that the inauguration ceremony was not the correct platform to deal with the matter at hand.

As he delivered his inaugural speech, the new Mayor, Sonyoni urged the newly elected councillors to put aside their personal and political interests.

Apparently the ANC appointed Sonyoni so he can inspire the youth. "How can a young thief inspire young people? Must they get inspiration to become thieves?" a Twitter user raised concern. 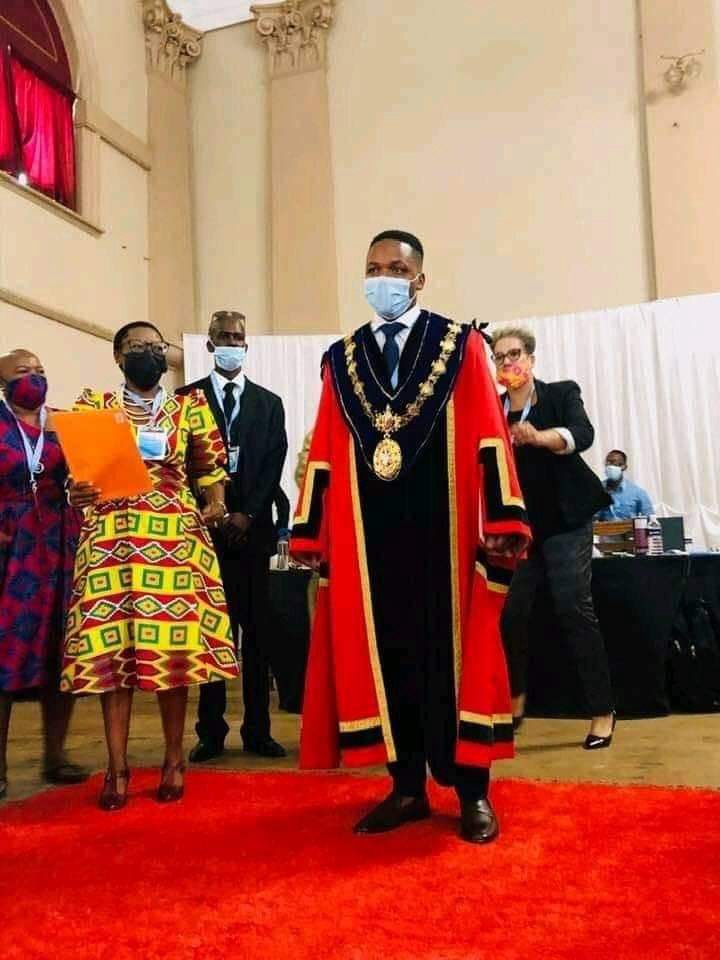 Sonyoni is not the only candidate to cause a stir due to a questionable background. Just a few days ago, ANC veteran, Carl Niehaus raised an alarm about ANC councillor Lunga Mthetho in Metsimaholo Municipality? According to Niehaus, Mthetho is so bad he even has a gangster name; MaEleven. Apparently he spent over 10 years in prison for serious crimes. "Don't the ANC and IEC have vetting? Our ANC must act now!" Niehaus said on Twitter.

Seemingly the local ANC at the Papanya Branch in writing complained about Mthetho's criminal history. However, the warnings were, allegedly ignored because of his utspoken support for President Cyril Ramaphosa. These are the awful mistakes that are made because of unbridled triumphalist factionalism. 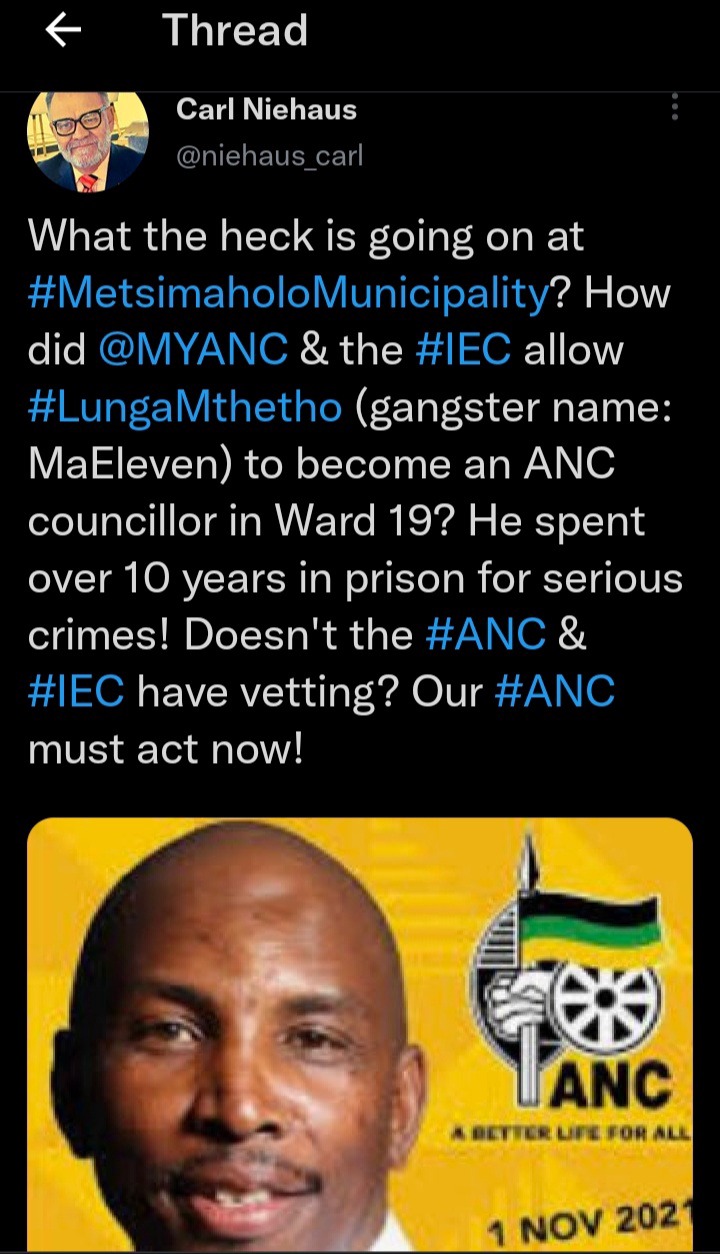 Will the ANC change its corrupt ways?