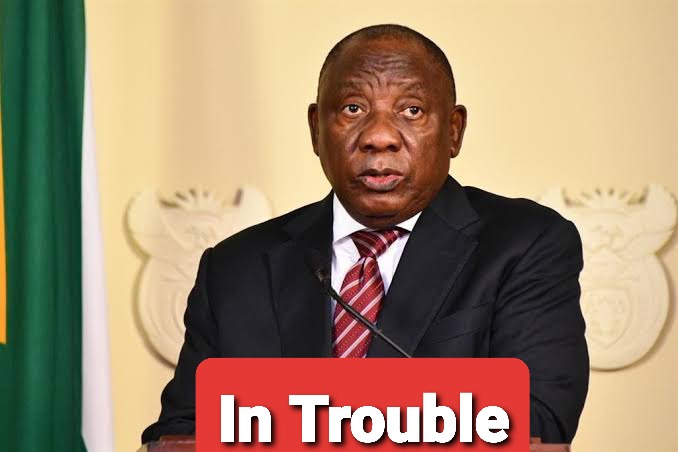 According to Busisiwe Mkhwebane's office, the investigation must be carried out within 30 days.

Spokesperson Oupa Segalwe said, "the Public Protector South Africa wishes to confirm that a complaint, in which a Member of Parliament has alleged a breach of the Executive Code of Ethics against the President, reached the office late afternoon on Wednesday, 26 January 2022." 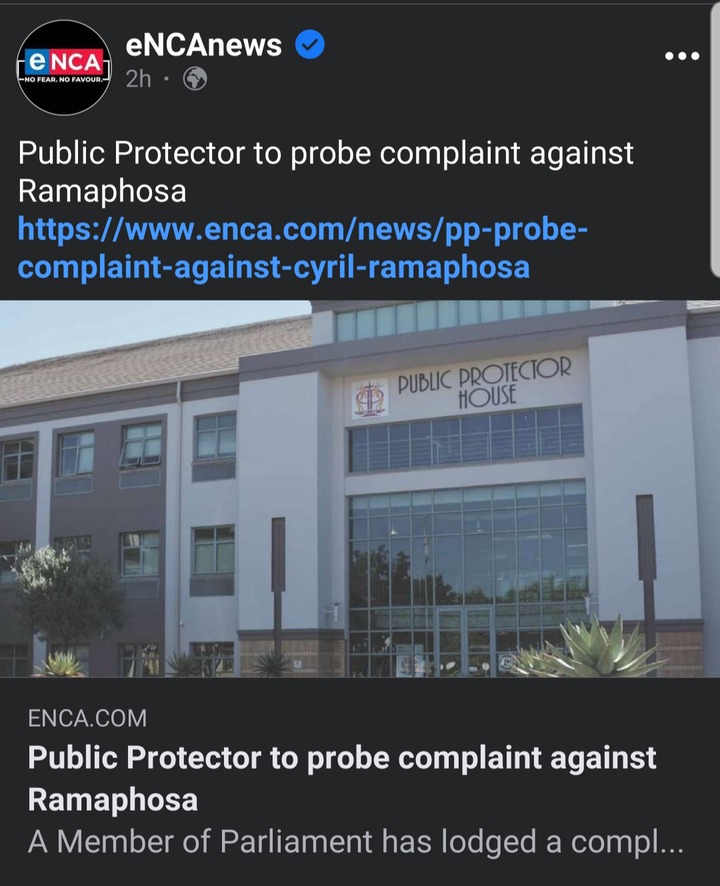 According to reports, the complaint was made in terms of the Executive Members Ethics Act 82 of 1998 (EMEA).

This report got a lot of people talking on social media. Some of the social media users who commented on Facebook alleged that even if the President was found guilty, he won't be touched by the law. Some users raised concerns that ANC is involved in all the corruption going on in the country.

See screenshots of people's comments below 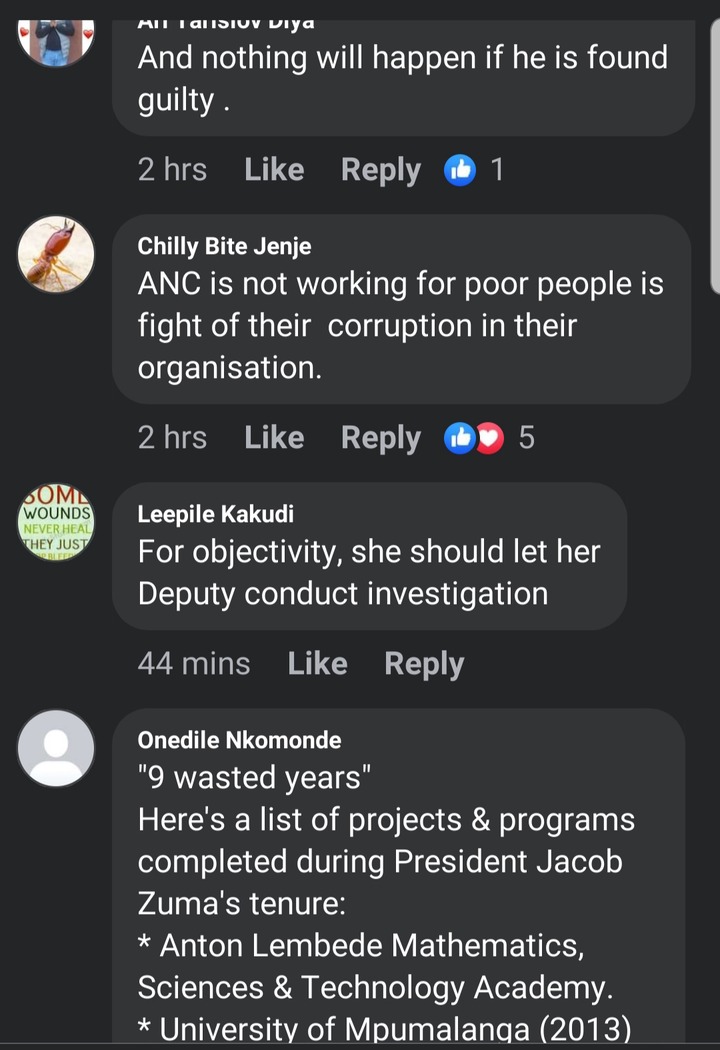 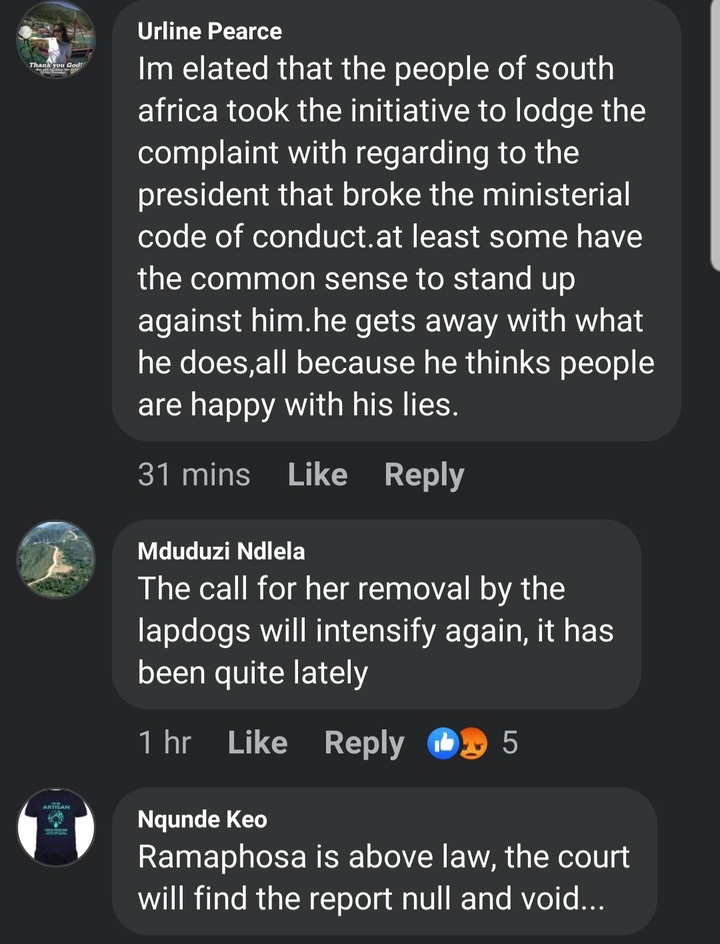 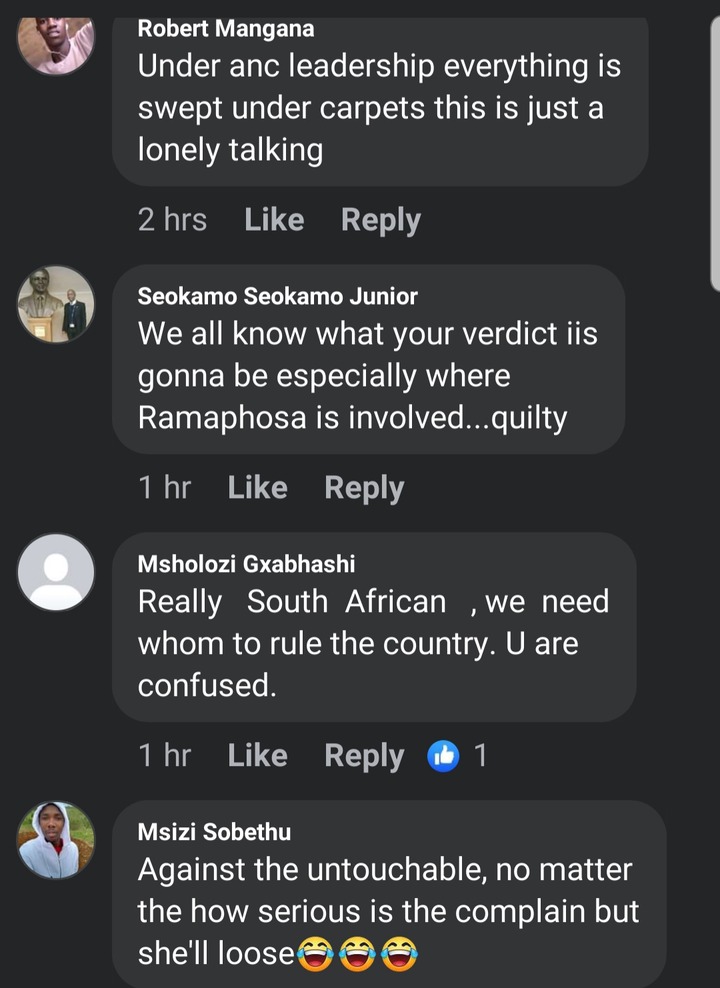 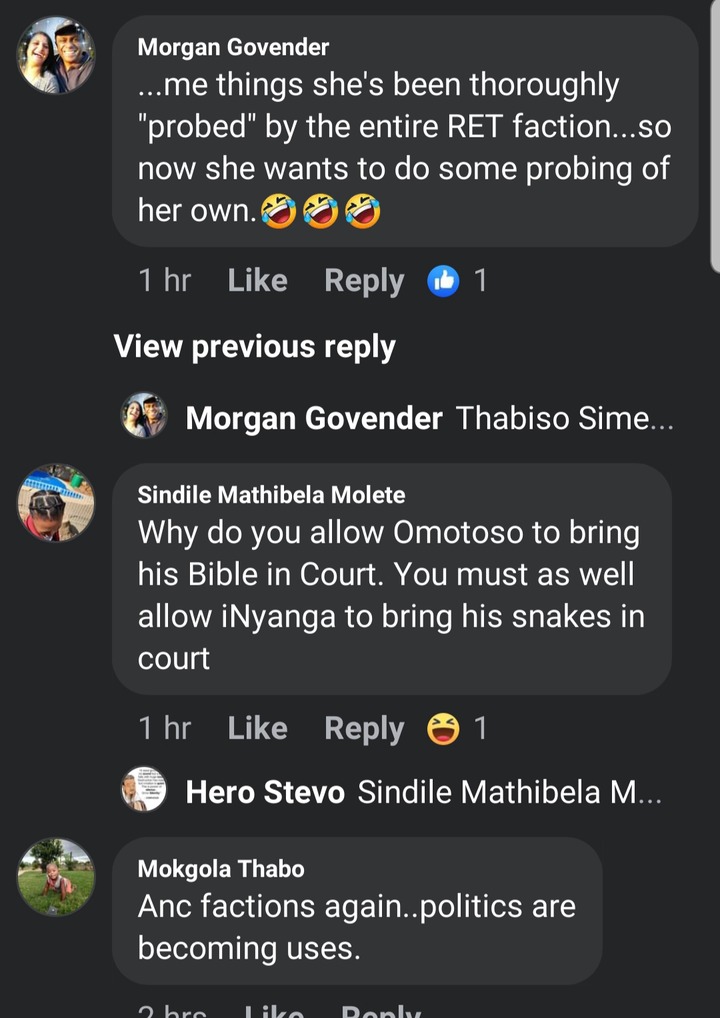 In your opinion, what do you have to say about this report? Answer in the comment section.