In order to complete discussions on policy documents and complete the election of additional provincial executive committee (PEC) members, the ANC in Gauteng has decided to call its provincial conference back next month.

This was revealed on Tuesday during a press conference held at Luthuli House in Johannesburg by Panyaza Lesufi, the recently elected ANC Gauteng provincial head. He announced that the conference would be held again from July 9 to July 10, 2022. 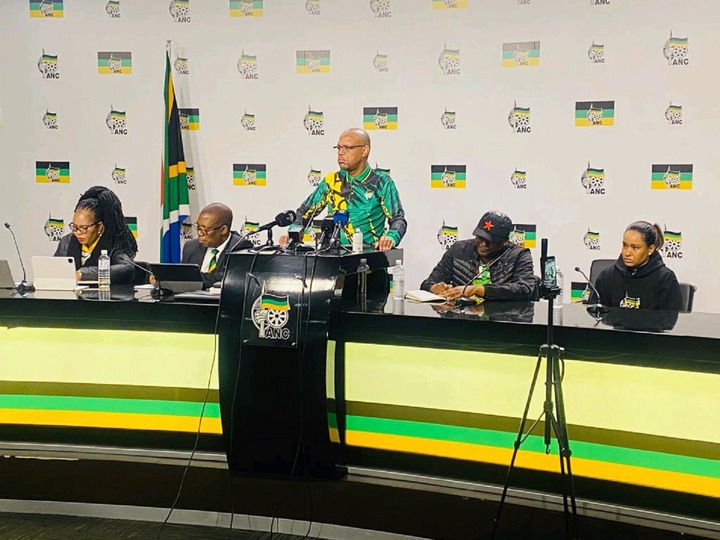 Lesufi claimed that a number of issues could not be resolved at the provincial conference held over the weekend in Benoni, east of Johannesburg, in time for the mother body's policy conference, which is also slated for July.

When we say that the conference needs to wrap up all of its business, we mean that we must visit commissions, receive commission reports, finalize our position on policy, and also complete the election of PEC members.

The 14th provincial conference of the Gauteng ANC was hampered by many delays in the approval of credentials and a failed urgent court attempt on Saturday to put a stop to it.

After five years as Premier David Makhura's deputy, Lesufi, who is also the province's MEC for education, took over as Gauteng's ANC leader. He defeated Gauteng Cogta MEC Lebogang Maile for the position by 575 votes to 543.

Lesufi claimed that due to delegate exhaustion, the meeting was unable to address the unresolved problems.

It was evident that our delegates were worn out and that the conference needed to adjourn as the voting of PEC members and the receipt of reports on policy documents was about to get underway, he remarked.

Lesufi apologized to attendees for the challenges they encountered while denying claims that the conference was disorderly.

"We eagerly anticipate the arrival of the new PEC members so that we may complete our assignment and begin working seriously on behalf of the ANC and government," the PEC stated.

The provincial institutions of the ANC have come under fire for giving too much attention to the election of leaders at conferences rather than emphasizing service delivery and matters of national significance, ahead of the ANC's national elective conference in December of this year.

A 31-yr-old schoolteacher was jailed for having s-x with a 13-year-old student.

Check Out when the Portal for DHA 10,000 Youth Recruitment will Open up for Registration