The Presidential Office Building in Taipei is the official residence of the President of the Republic of China. Completed in 1919, it was built during a time when Taiwan was under Japanese rule and thus was designed in accordance with Japanese principles. One example of this is the fact that, like other edifices of note, it is placed at the end of a long avenue, facing the rising sun. 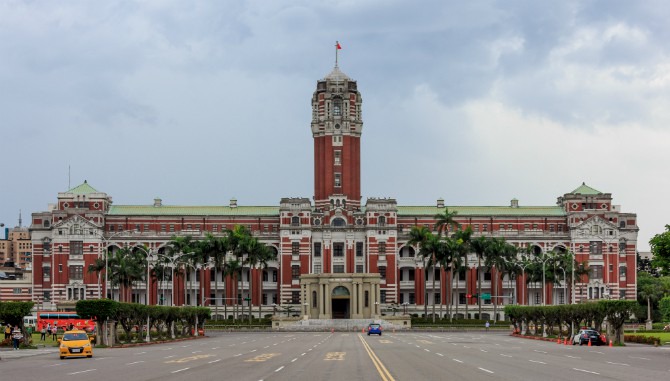 Located in the country’s capital, New Delhi, Rashtrapati Bhavan (which is Hindi for Presidential Palace), is the official home of the President of India.

One of the largest residences of a head of state in the world, the edifice was completed in 1929, when it was known as the Viceroy’s House (the Viceroy of India was the leader of the British administration in the country during the time). It spans across four levels and has an area of 200,000 square-feet, with 340 rooms. Built almost entirely without steel, but using 700 million bricks and three million cubic feet of stone, Rashtrapati Bhavan is a great blend of European and Indian architectural styles. 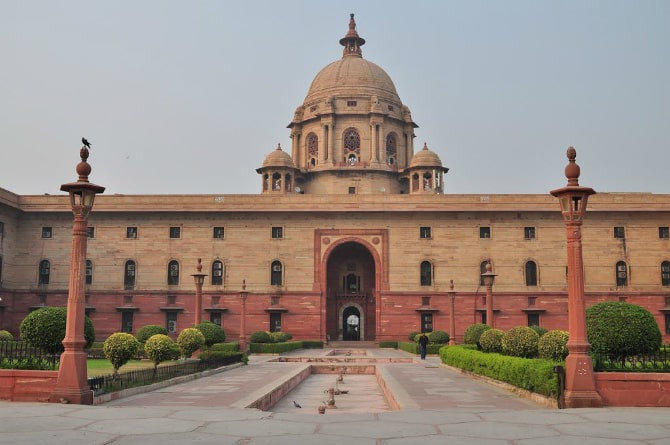 Known as the Flagstaff House, the official residence of Ghana’s president was unveiled in the capital, Accra, just before the 2008 elections.

This impressive structure was designed to resemble a traditional king’s seat, and was initially expected to cost around $30 million, with financing obtained from the Indian government – however the final price tag far exceeded that estimation. The name “Flagstaff House” comes from an earlier edifice occupying the spot which was built by the British Colonial government. 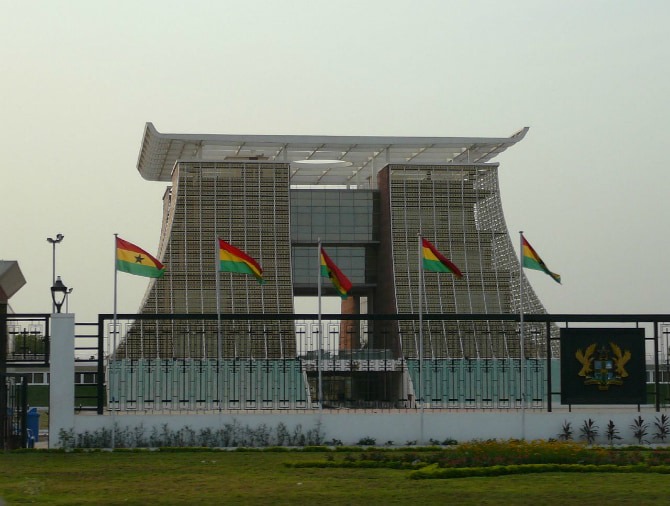 The newly built Presidential Palace, also referred to as Ak Saray (White Palace), has been the official residence of the President of Turkey since October 2014, and is currently the largest, most expensive building of this kind in the world.

Located within the Atatürk Forest Farm, in the Turkish capital of Ankara, this magnificent complex covers an area of 3.2 million square-feet, and includes the main building with more than 1,000 rooms, in addition to multiple guesthouses, a botanical garden, a situation room with satellite and military communications systems, bunkers able to withstand biological, nuclear, and chemical weapons attack, a park, and a congress center. The entire thing reportedly cost a staggering $615 million. 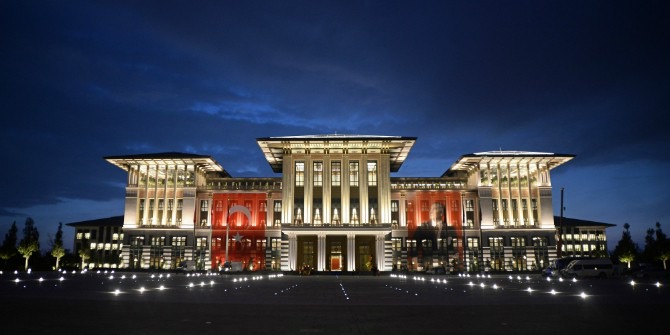 America has its White House, but Argentina, unsurprisingly, prefers a more lively color. Completed in 1898 with the unification of two separate structures built earlier, La Casa Rosada (The Pink House) is the official residence of the Argentine head of state. Nowadays, it’s one of the most iconic landmarks in Buenos Aires, and has been declared a National Historic Monument of Argentina.

The balcony of the Casa Rosada was often the place from which Eva Peron, the hugely popular wife of President Juan Peron, would address the crowds with one of her famous rousing speeches.

Unlike most other heads of state whose official residence is featured on this list, the President of Italy has mostly ceremonial duties, however this doesn’t mean the holder of the office doesn’t get one of the most impressive palaces in the world.

Located on the Quirinal Hill, the highest of Rome’s famous seven hills (hence the name), the residence dates back to 1583, when it was built for Pope Gregory XIII. Since then, it has been the home of many other popes, kings, and presidents. The impressive complex, one of the largest residences of its kind on the planet, includes magnificent courtyards, stunning halls and rooms, and sumptuous accommodations. 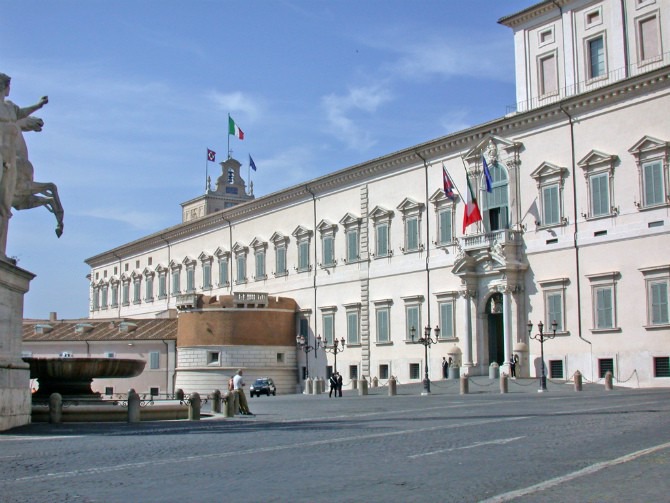 Located in the stylish 8th arrondissement, in the very heart of Paris, the Élysée Palace was built as a private palace for a French nobleman in the 18th century and was briefly owned by Napoleon himself. Since 1848, with an interruption during the Third Empire, and continuously since 1872, it has been the official residence of the President of France.

One of the most beautiful buildings of its kind in the world, the Élysée Palace has maintained much of its aristocratic charm well into republican times. 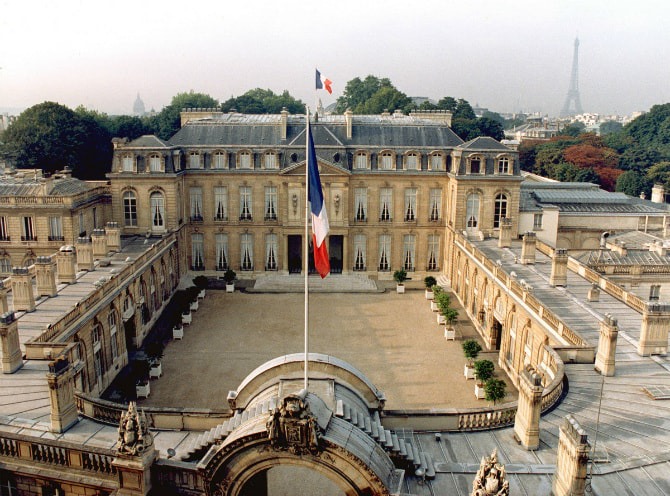 Prague is one of the world’s most beautiful capitals, and one of its most famous landmarks also serves as the official residence of the Czech Republic’s president. We are talking about the magnificent Prague Castle.

Named the largest ancient castle in the world by the Guinness Book of World Records, this amazing structure was built in the 9th century and throughout its history it has been the seat of power for kings, emperors, and now presidents. 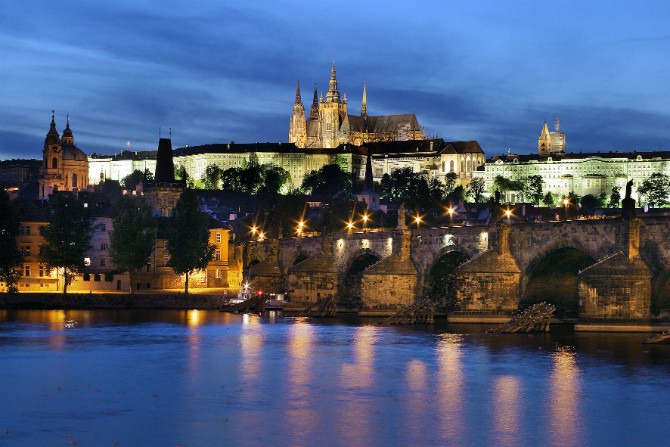 Without a doubt the most famous landmarks in the US and the entire world, the White House is the official residence of the most powerful person in the world, the President of the United States.

The first president to live there was John Adams in 1800 and the White House has been home to all the presidents since. Burned by the British in 1814, it was quickly rebuilt and went through numerous expansions throughout the years. Today, the iconic residence is a sizeable complex stretching across 55,000 square-feet, which includes the famous Situation Room, the James S. Brady Press Briefing Room, the Oval Office, as well the actual accommodations of the First Family. 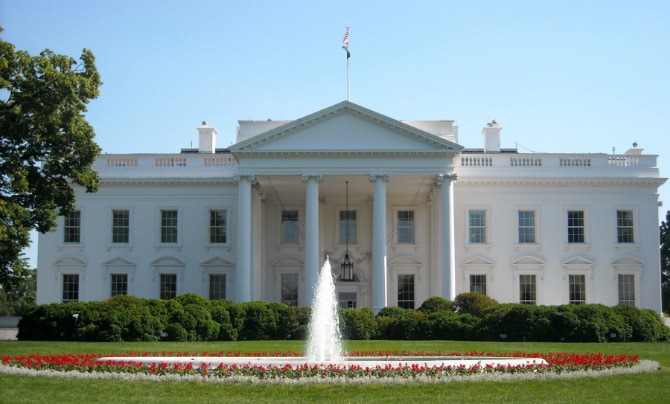 The world kremlin actually just means fortification in Russian, but the Moscow Kremlin definitely stands out and is a great landmark in its own right. Located in the center of Moscow, along the banks of the eponymous river, the spot was probably fortified as far back a thousand years ago, but it became home to the Tsars during the time of Ivan the Great, in the second half of the 15th century. The Kremlin has been expanded and renovated many times throughout the centuries, most recently with the addition of a helipad, carefully placed so as not to spoil the architecture of the complex.

Nowadays, the imposing citadel is the official residence of the President of Russia, and has become synonymous to the Russian executive in much the same way the White House is for the similar office in the US. 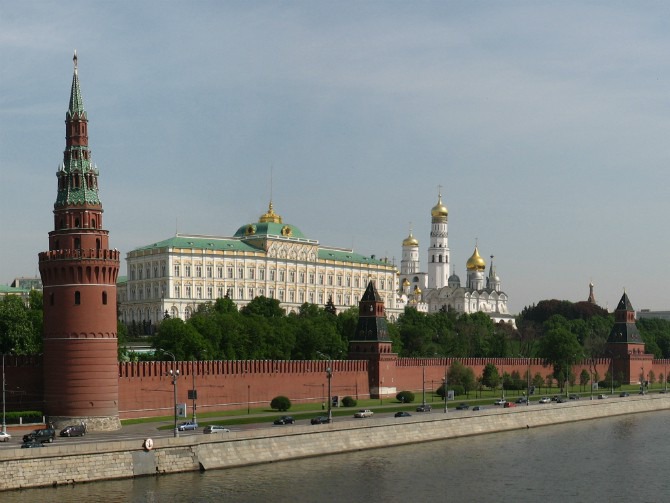