Koko Matshela said during his tenure at Eskom, when he refused to sign the IPP agreements in 2016 and argued that a certain system which was used to transmit power must be renegotiated, he was told to go to "hell."

His utterances comes at a time there are reports that electricity prices in South Africa might increase by 50%. Matshela said he is now glad that the issue he raised back then has come back to bite his critics and he is being absolved.

"ANC and Cyril Ramaphosa caused this mess. When I refused to sign the IPP agreements in 2016 and arguing that BW1-3.5 must be renegotiated, I was told to go to hell because the related costs are a pass through. They were wrong and I am glad that history is proving me right," he said. 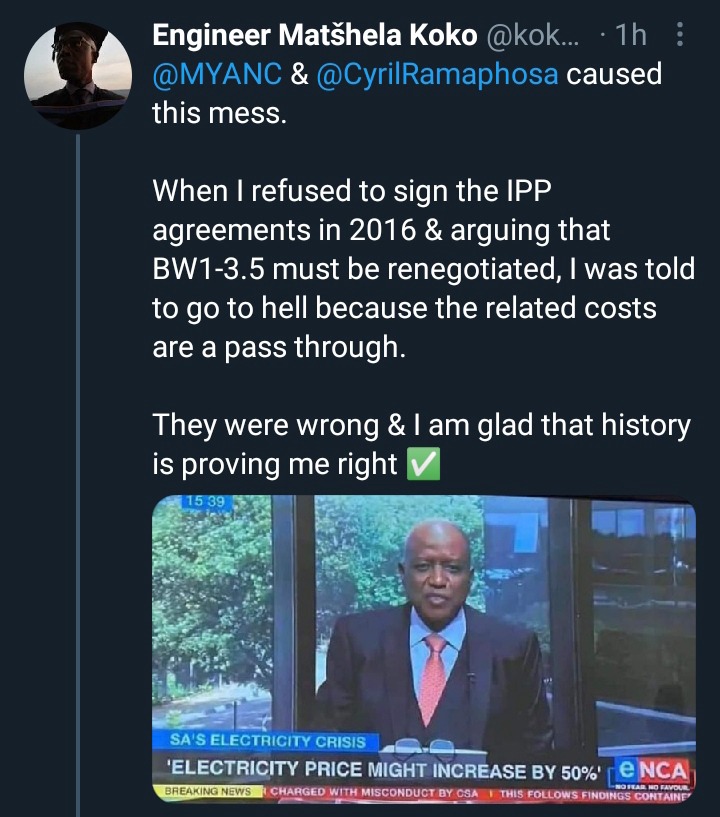 The former Eskom executive argues that the implications of electricity being increased by 50% is that the majority of people in Soweto, Mdantsane, Alex, Galeshewe and so many will not be able to afford electricity and they will go back to burning coal, paraffin.

He stated that while the electricity increase affect the poor, the rich in Sandton, Clifton will defect from the national grid and they will rely on solar panels and batteries.

Matshela maintains that history will absolve him and that it is just a matter of time before everything comes out. 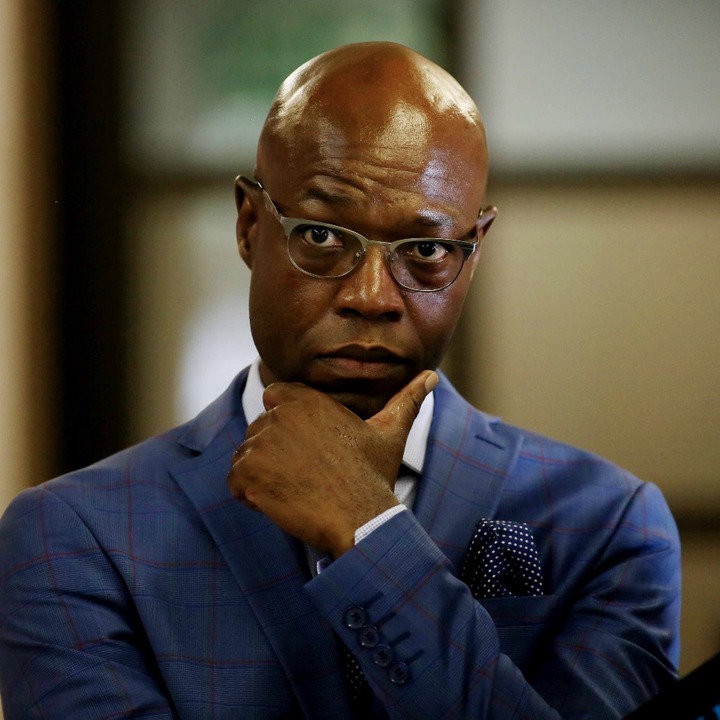 "We kept the light on for three uninterrupted years from 8 August 2015. We executed the most maintenance in the recorded History of Eskom. Eskom’s best operational improvement took place in 2016, 2017 and 2018," he said.

South Africans are however concerned by the rate at which electricity tariffs are being hiked. They argue that the poor will soon no longer be able to keep lights on in their homes.