A Zimbabwean well-known Journalist, Hopewell Chin'ono has taken Twitter to indicate that Zimbabwean people will continue to come to South Africa, unless if the government of South Africa stop going on international platforms to sanitize the Zimbabwean ruling party, ZANU-PF.

The Zimbabwean Journalist pointed out that without the government of South Africa going on international platforms to sanitize ZANU-PF, the issue of illegal immigration will continue. 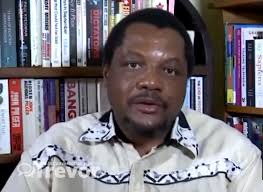 In his own words, the Zimbabwean Journalist simply stated the following:

"So finally I say this to South Africans;

We are simply saying your Government should STOP going to international forums sanitizing ZANUPF.

Without that, Zimbabweans won’t stop coming to South Africa"