’See what Might happen to Pule Mabe after another R27 Million laundering allegation.

By University_of_news (self media writer) | 20 days ago

When addressing members of the media, ANC spokesperson Pule Mabe is known for his bad temper, shouting and becoming enraged. He comes across as someone who can't deal with a critical situation without lashing out. 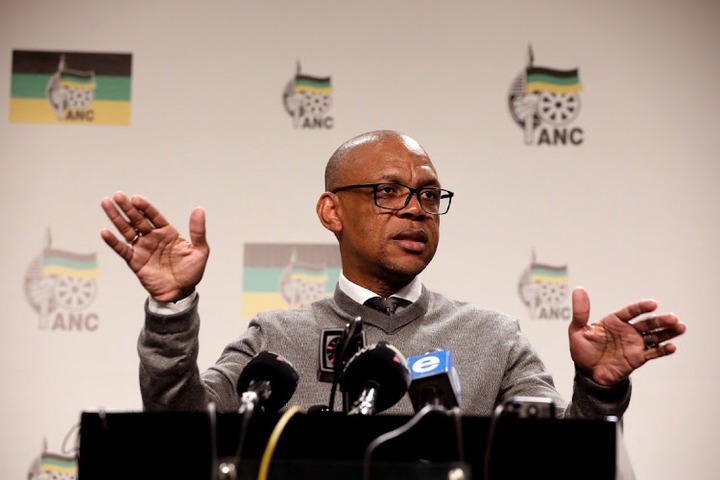 Mabe, on the other hand, is gradually becoming quieter like a mouse, stepping gingerly on the R27 million tuk tuk corruption tender claims that he is facing.

Since the report discloses that the Special Investigating Unit has implicated him in the R27 million tender, he has been avoiding talking on the subject for some time.

Several questions have been made to him about when he would contemplate stepping down in the wake of the corruption tender claims, and he has dodged them.

"When are you going to step aside, Cde implicated?" one Twitter user asked.

The response of Pule Mabe was uncertain.

"Mass media channels have no influence on our course." "Our goal is to help #BuildBetterCommunities," he explained. 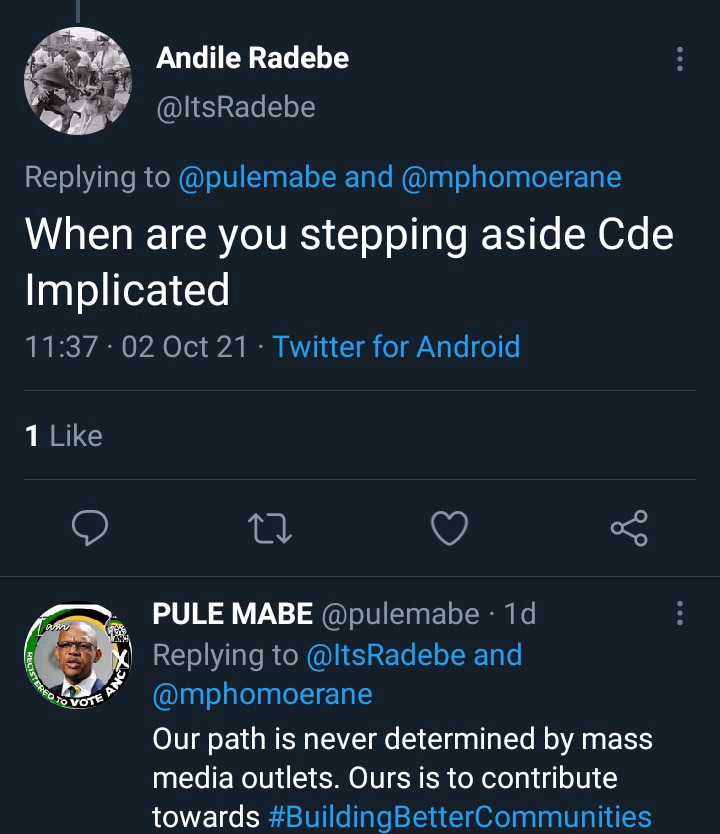 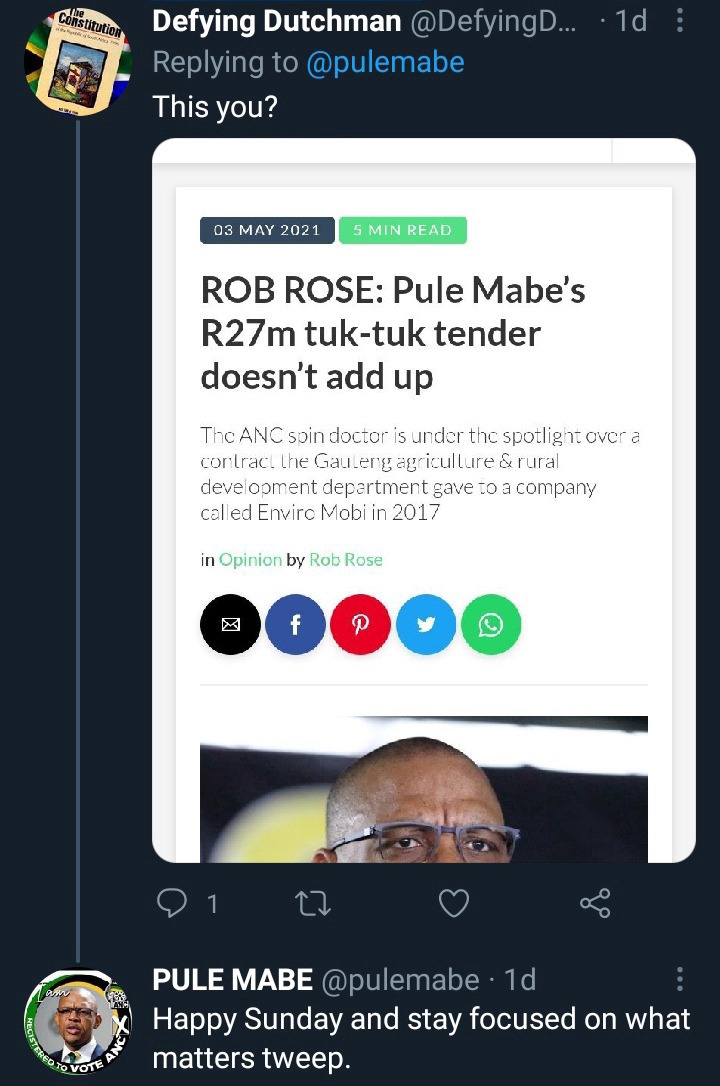 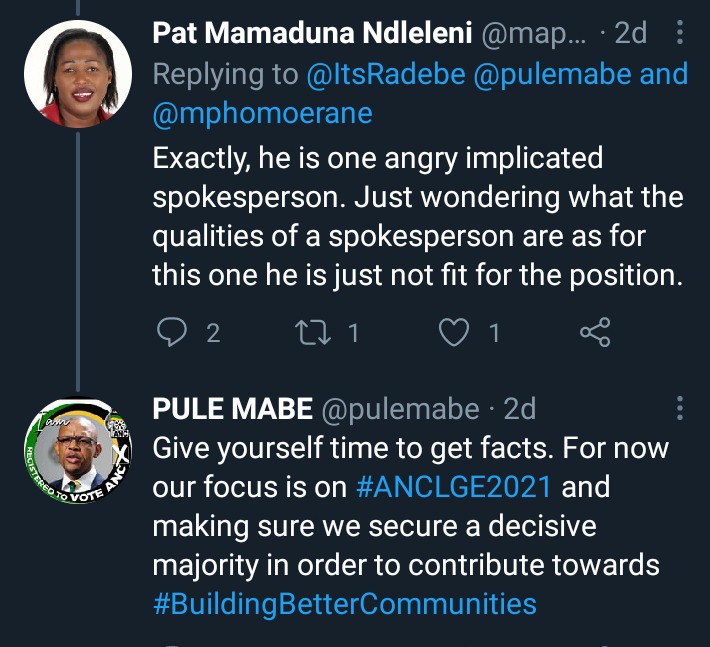 When questioned if it was true that he was involved in corruption, Mabe appears to be threatening another social media user, telling him to "concentrate on what counts."

He didn't respond to the question, but politicians are notorious for trying to outsmart the people they claim to represent in government, misleading them and making bogus promises.

Apart from the charges of corruption against him, Pule Mabe has been regarded as a "angry and arrogant" spokesperson who doesn't understand that his job description is to simply explain the party's position, not to get emotional at every opportunity.

"Indeed, he's one enraged implicated spokesman." "I'm just curious what traits a spokesperson should have because this one is clearly unfit for the job," one Twitter user said about Mabe.