They accuse South Africa's government of harboring criminals from their own country who should be returned to face justice in Lesotho. 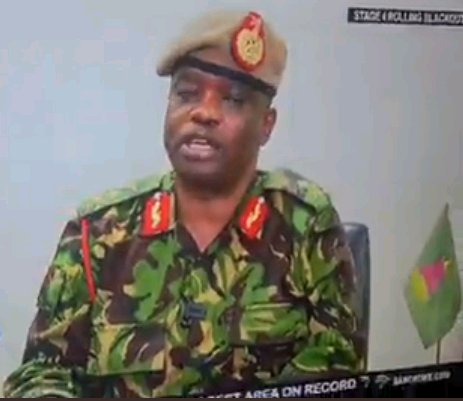 Officially, the ANC government is accused of harboring foreign criminals and putting us at risk of being a victim of crime. Their goal was to steal the money to deport people.

Requiring that we spend time with a dangerous individual

Having Malusi gigaba as president was a nightmare for the country. A criminal organization, the ANC has leaders who are involved in unlawful mining.

According to the general people, the march is all about preserving one's dignity. He doesn't want mathatizo. At least Lesotho wants them back. His neighbor yena prefers that they stay in South Africa.

That's a shame, because this painting could have come from someone else in Lesotho. Forget about being an LDF General; the LDF is run like a mafia cartel, with individual Generals placing orders to kill one another. The LDF has presumably been supplying these Zama-Zama thugs with weapons for some time now. @SibusisiweGqos1 Examine the responsibilities and actions taken by other countries in the interest of their citizens: Lies are being told by the government of Lesotho? Isn't it curious that he is trying to shift the blame to South Africa while denying that they are failing to exercise control over the country's residents?

He's saying Lesotho can't aid SA unless SA deports illegal immigrants, which is correct. SA insists on harboring the suspects rather than extraditing them, so what are they supposed to do? The offense has been committed in South Africa. In order for Lesotho to implement its legislation on South African soil, the South African government must first engage with the Lesotho government. The Phalaphala criminals are a laughingstock, and even Namibia has stated as much about us. In our country, there is no rule of law. The truth is that the government of South Africa does nothing to safeguard its citizens from these heinous murderers. Bail is set for their release instead of deportation. With the pretext of being "clean people," the ANC has proven itself to be a criminal syndicate. because of this, criminals from other countries have fled to South Africa to hide, and we've been telling our government about this for so long and they've been preoccupied with the step aside song.