Look at who visited the SICK & SLIMMED Andile Mngxitama today, to check on how he is doing.

By Sphithiphithi_Evaluator (self media writer) | 13 days ago 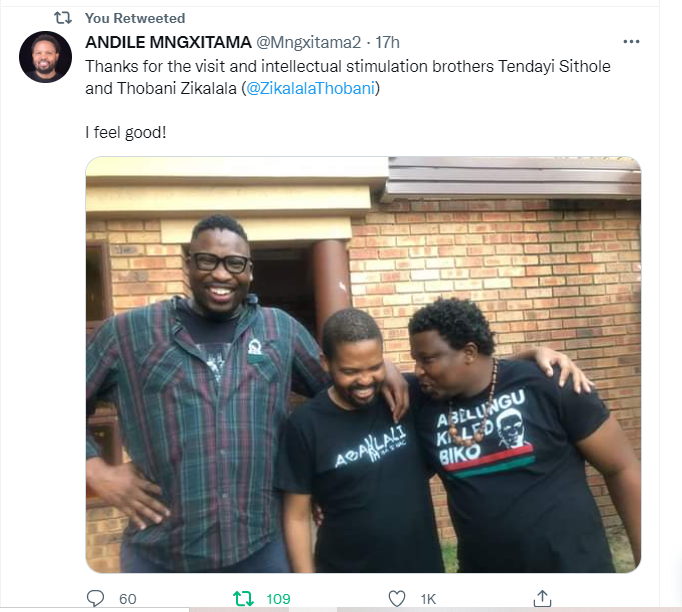 Andile Mngxitama, a well-known Pan-Africanist and political leader, has stunned many with his dramatic weight loss. Mngxitama, one of the historically expelled EFF members during his days as the red beret force, is apparently on his way to recuperation after being diagnosed as dangerously ill. During the municipal elections last week, the BLF president was seen going with a crutch to a voting station to cast his ballot.

A photo of Mngxitama who appeared to be substantially learner generated a stir on social media sites. Mngxitama's large belly had reduced, his cheeks had decreased, and, most astonishingly, his infamous afro had vanished. Mngxitama's weight loss has been dubbed "self-destruction" on social media, while others have stated "chickens are coming home to roost'' because he once led a #CloseTheGraves campaign that distributed abandoned graves dug to government figures and Julius Malema. 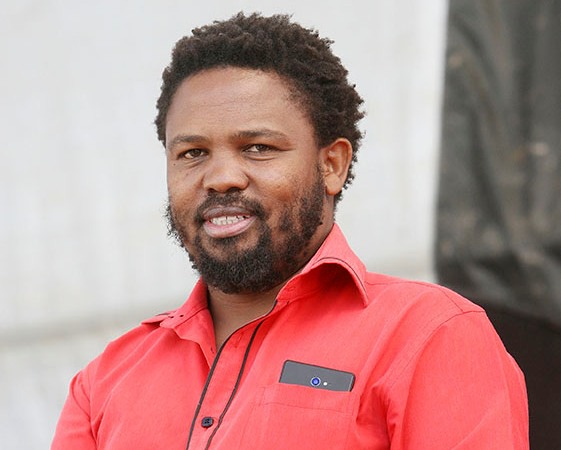 Tweeps speculated that Mngxitama cursed himself for burying the names of the living. Mngxitama, on the other hand, claimed he had been sick for a long time and had been in a coma for a few days. He slammed all detractors and claimed that his recuperation has been a miracle.

The leader of BLF has been looking for prayers from South Africans, as he looked very sick and out of shape. He is grateful that the people of South Africa are showing support towards him, and he appreciates them a lot. He came out strongly this morning with a message of gratitude and thankfulness. “Shalom black people. I just want to thank you all for the prayers and love you have shown me during my worst time. I'm fast on the mend because of your love. I love you all.” He said. 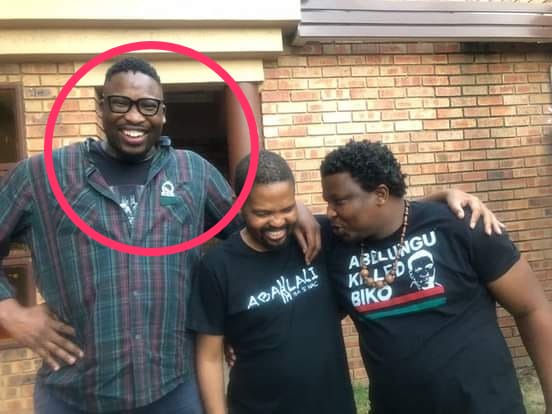 “Thanks for the visit and intellectual stimulation brothers, Tendayi Sithole and Thobani Zikalala. I am feeling good” said Andile. He was delighted that these two gentlemen paid him a visit. He needs this kind of support, as it will help him recover physically and mentally.