Ramaphosa Again:Am Aware Of Growing Call For My Stepdown But I will no be bullied Follow due Process

By MzansiEveningNews (self media writer) | 28 days ago

A South African Media and television channel EWN Reporter said in their Twitter account @ewnreporter that #SACPNational Congress 2022 / Speaking on the sidelines of the congress, Ramaphosa says he is aware of growing calls for him to step down but due process need to be followed. He further said that every thing have a process and he is following the steps. 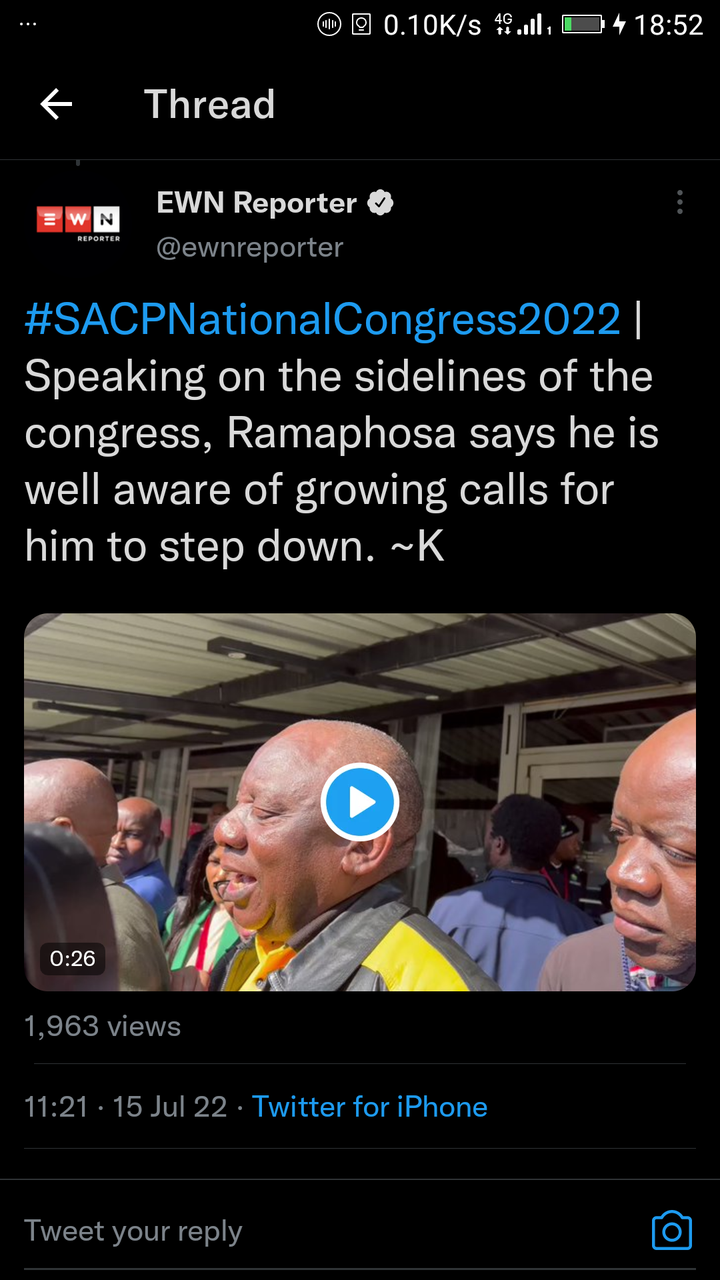 Ramaphosa was interviewed by EWN Reporter and many south African journalist at SACP national Congress he was asked if he is aware that people are agitating he should step down. He replied he is aware of the growing calls but he is working on matter, he further said that his stepping down has to follow due process. 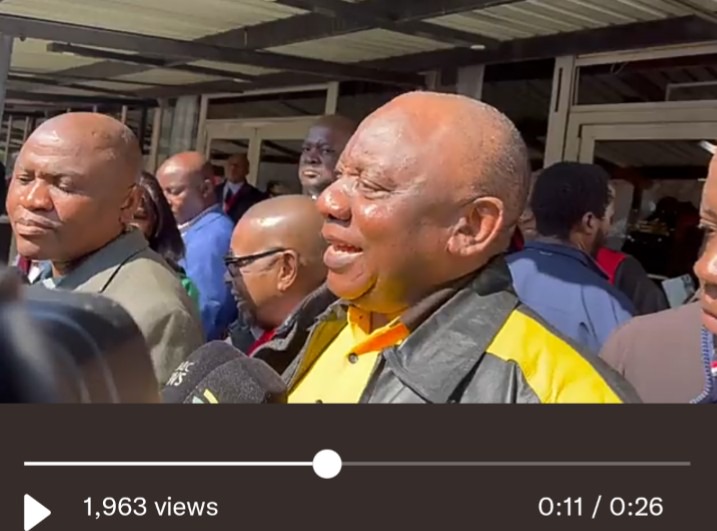 After this Tweet was posted many South Africans Commented saying " You can't possibly sit there where you have nothing to show as accomplishment to the majority of our people. You expect the majority to adjust to indignity and hard ship brought by his incompetence? He can step down peacefully or the people will do the right thing. 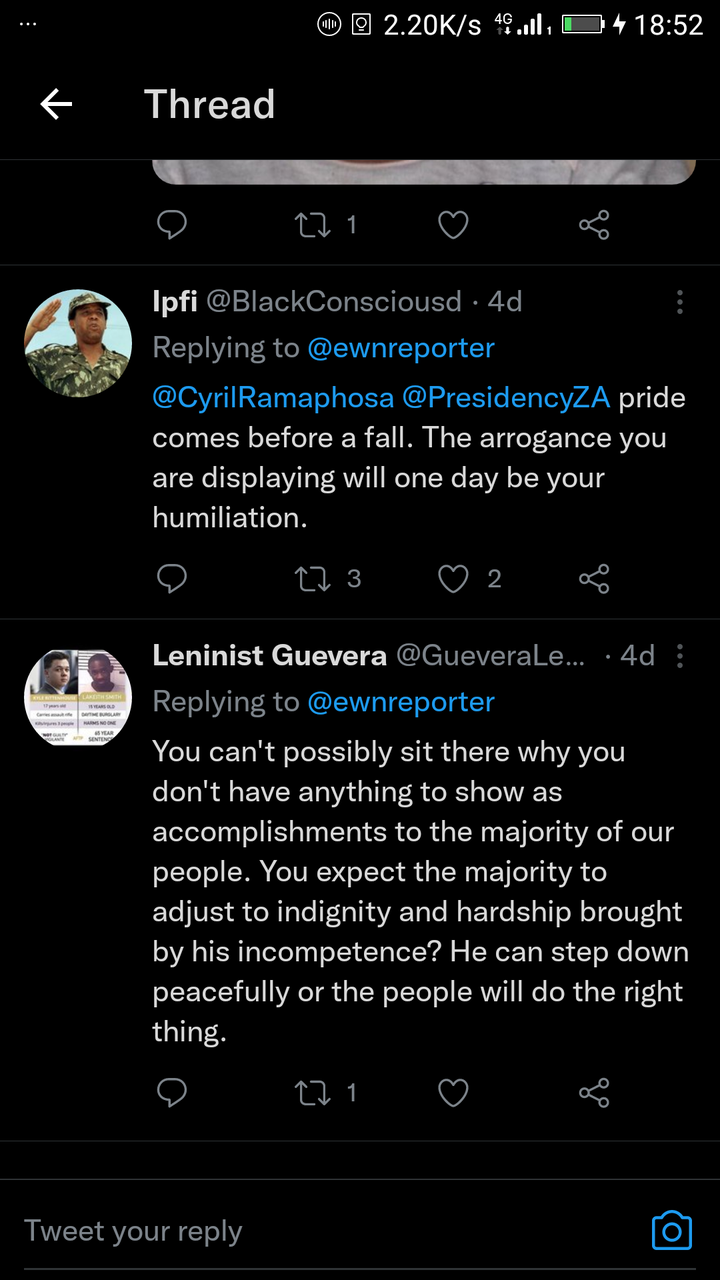 Pepper steak recipe can be used for pie filling

OPINION| Law and order is not divisible

OPINION: Here are 4 Reasons why Most men prefer Chubby ladies.

ICYMI: 'I just have to go out there and fight for the number one spot' - Itumeleng Khune

MUVHANGO : Wednesday 17 August 2022 – Vhafuwi Is "Amazed" To Learn That Rosemary Has Escaped Prison

OPINION#Jacob Zuma's life continues to be uncertain after this was revealed ", see what

Cosatu plans to strike against Load Shedding Next week.