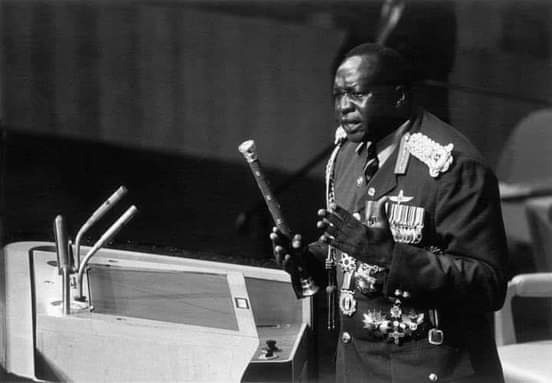 On October 1st 1975 in New York, and for the first time ever in UN history, the pan-Africanist president deliberately chose to make a daring speech to world leaders in an African language: the Luganda dialect.

Time magazine rated it amongst the Top 10 U.N. General-Assembly most memorable moments of all time. Not for the choice of language, but for the daring content and the way it helped change the course of global relations particularly with Africa.

After the summit, many of the continents leaders left New York emboldened by Amin's fierce speech.

It must be noted that others who have since researched this matter have actually found nothing, and Amnesty International itself has relentlessly refused to respond to all questions on this specific topic, including telling the world how they came to these conclusions without any evidence-based investigation, nor a team on the ground in Uganda. It is therefore feasible for one to conclude that these were completely unfounded allegations created from thin air.

As Chairman of the OAU (the African Union these days), President Amin also spoke on behalf of the entire continent.

On that day he took a tough stand against Zionism which was officially classified by the UN as racism. He also condemned neo-colonialism in Africa, discrimination against black people in the US, and denounced the Western imperialist agenda that was exploiting the continent, its people, and its resources.

President Amin then re-asserted an African Union resolution made three months earlier, to free South Africa from Apartheid and liberate the whole of Africa from colonialism using a common African military force if no progress is made in the clogged negotiations. 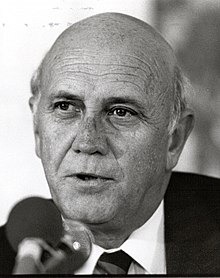 An agency that was "killing anyone who resisted US expansionism in Africa". He also expressed gratitude to the Soviet Union and China for helping African liberation struggles.

The following day the U.N. Secretary-General Kurt Waldheim and the President of the General Assembly gave a public dinner in Amin's honor. A well attended event by world diplomats. This angered Western powers, particularly racist Britain which fully protected the Apartheid regime in South Africa at the time.

In a commentary complaining about the UN, reknown tele-evangelist Pat Robertson from the 700 Club wrote: "The UN General assembly had given Amin a standing ovation when he arrived, applauded him throughout the speech, and again rose to its feet when he left."