A statement from the ANC on Julius Malema media briefing

We know that coalitions talks between ANC and EFF did not go so well even with ActionSA. Malema failed to convince the two parties form coalition talks with his party. On Thursday he held a media briefing about this matter and what he had to say was really shocking but it was expected from him. 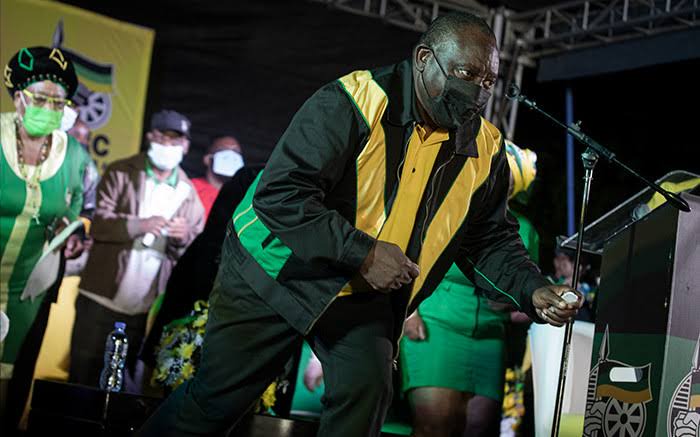 Malema says that ActionsSA did not agree him on coalition gorvenment because Herman Mashaba's funders won't allow him to do that. Jilius Malema seems to blame other parties for his failure to convince them to get into coalition. Even Herman Mashaba seemed to be surprised by what Julius Malema has said about his party.

The ANC is also breathing fire after what Julius Malema has said about the coalition talks between the two parties. Everyone is at fault apart from the EFF and the precious Julius Malema.

The ANC is calling upon South Africans not to take Julius Malema seriously after what he said at the press briefing. Malema is just voicing out his frustrations after failing to convince ANC and ActionSA for coalition government. 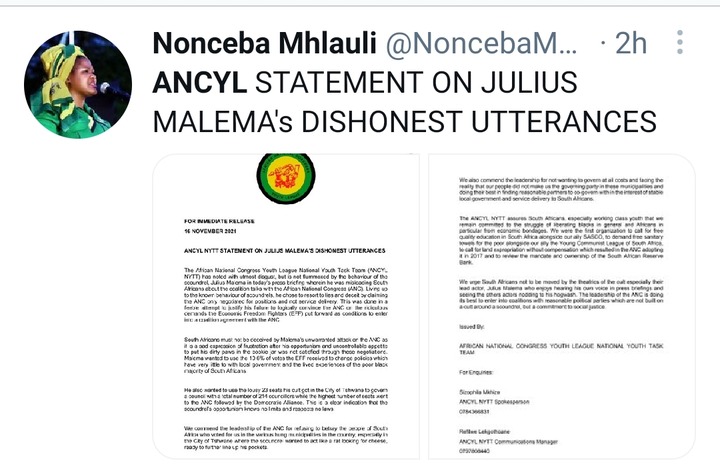 We know that Malema wanted to take over the city of Tshwane. He wanted to this with just 23 seats his party got during the elections and he just thought that he can use that to take over Tshwane even though the ANC is the one that got the most seats followed by the DA. Malema wanted to have power in city of Tshwane at all cost and he failed to do that. His demand seems to be desperate ones.

We know that ANC had previously indicated that they will not get into coalition government at all costs. The interest of the people will be put first. The ANC can not afford to betray its voters by just giving away their vote just like that. They would rather sit on the opposition bench.

R.I.P. Man On The Run After Murdering His Girlfriend

Breaking News | ANC to face a hard festive season as they are facing this, Here's the report

Here Is what Cassper Nyovest says about Mac G.

A Couple Was Made Fun Of When They Posted These Pictures. Check What They Were Compared To