Mzi Zuma is reportedly going to contest for the position of ANC chairperson in Kwa-Zulu Natal's Moses Mabhida region.

Moses Mabhidha is the second biggest region in Kwa-Zulu Natal province following eThekwini. The home of RET forces is also said to be eThekwini which is why winning the municipality was very important to those aligned to Jacob Zuma.

Mxolisi Kaunda emerged as the mayor of eThekwini metro retaining it into the hands of ANC comrades.

Another ANC comrade Samora Ndlovu who is the Richmond Mayor is tipped to contest for the position of Moses Mabhida regional secretary. Ntuthuko "Koloba" Ntshangase is said to be eyeing regional deputy chair position.

Mzi Thebolla, who is the current Msunduzi mayor is also tipped to contest one of the top positions in the Moses Mabhida regional conference. Some branches reportedly want Thebolla to contest for the chair position. The conference is set for this weekend and the Kwa-Zulu Natal province Premier Sihle Zikalala is set to address the regional conference. 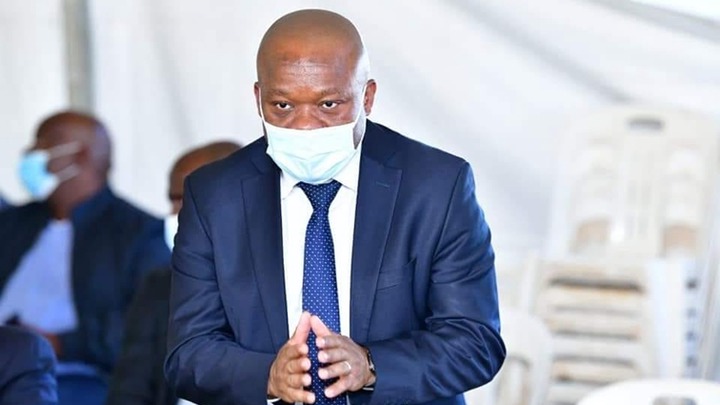 The KZN regional conference comes at the background of RET forces consolidating huge successes in several provinces ahead of the party's elective conference in 2022.

ANC in Nelson Mandela region finally elected a chairperson again after the region was under the stewardship of a regional task team since 2018. Babalwa Lobishe, an RET aligned comrade was elected to the position uncontested after Andile Lungisa declined the nomination for the position.

Andile Lungisa also said it was with great honour that he saw it fit that Babalwa Lobishe took the position for the Nelson Mandela region Chairperson uncontested.

Furthermore, the Alfred Nzo Region in the Eastern Cape has thrown its weight behind Provincial Treasurer Babalo Madikizela to contest for the position of Provincial Chairperson and replace Oscar Mabuyane a known CR17 apologist and Terris Ntuthu as Provincial Secretary.

A body of man found in bushes, see what was done to him

In Case you Missed it | Brave Daughter dates her Moms Husband.

Jackie Burnt To Death By Her Biyfriend

3 brothers dies after taking energy drink given to them by their father.