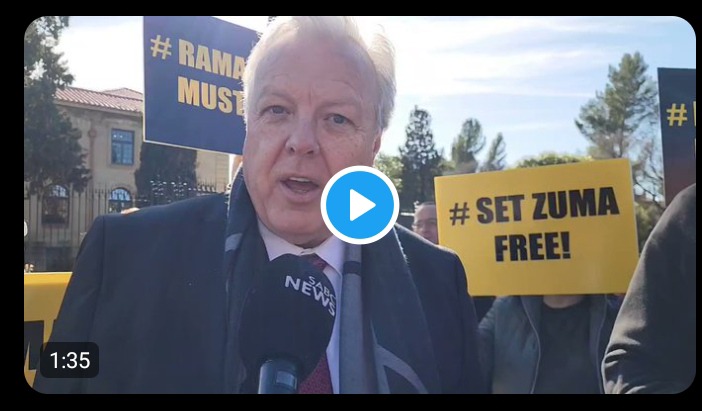 A sizeable number of people has came out to offer support to the former president Jacob Zuma who is appearing at the Supreme Court of Appeal to hear verdict about an application made that his parole was unconstitutional.

Lious Litchenburg with his supporters also came out to support former president Jacob Zuma. He said they want the former head of state to be set free and also that president Cyril Ramaphosa must go. 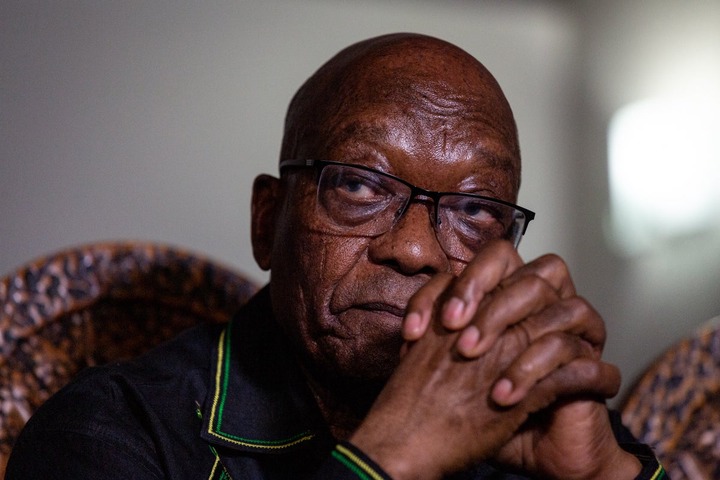 He adds that the reason why they want president Cyril Ramaphosa to go is that they can see when he walks or wherever he goes, the people are not welcoming him. He adds that Ramaphosa is bowing down to the former colonizers.

"We have seen that when he walks down the streets the people are not welcoming him. People are not stupid in South Africa, they know in their hearts that he doesn't stands for them. The only people that still supports Ramaphosa are the ones that still fear," he said.

Litchenburg said he and his supporters are not scared as they do not possess the spirit of fear.

Kwa-Zulu Natal comrades from the Musa Dladla region are also there to support Zuma who is reportedly going to appear in person. They said in the following trials, they will be mobilising other comrades to come and support the former president.

ANC comrade, Carl Niehaus was seen also there with some ANC comrades who were in attendance. He says the application brought by Helen Suzman Foundation should be thrown out. 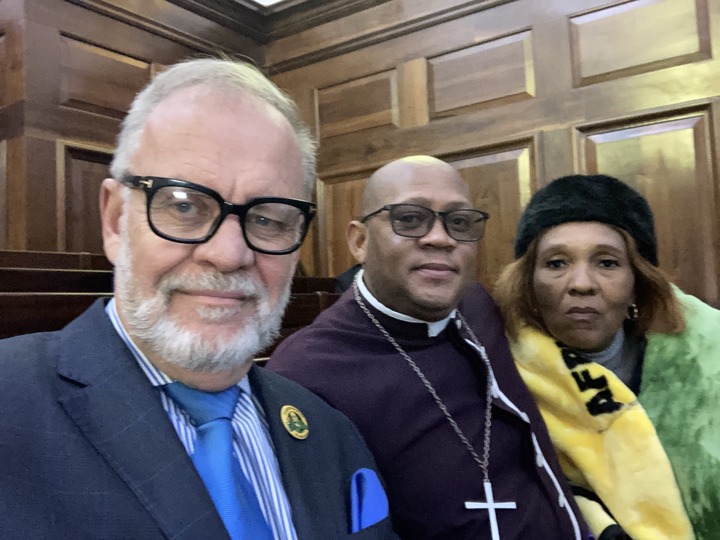 Advocate Mphahlele SC for the national commissioner of correctional services says his client was exercising his discretion when he granted Zuma medical parole.

"There are two medical reports that recommended that Mr Zuma be placed on parole. All these reports must serve before commissioner. He exercised his discretion," he said.