Former minister of finance, Mr Tito Mboweni is in the news again. This time, he is being crucified for making a statement that was attributed to him where he said that if he was the president, he would make the majority of his cabinet Ministers youths. A South African Twitter influencer said, “Former Minister Mboweni says if he was president, cabinet would consist of 60% young people. Not older than 40yrs”. Many people say that they do not believe in his words, disclosing that all ANC members live lives full of lies. Someone said that Mr Tito Mboweni should have suggested this while he was in government, or even stepped aside and allow a youth take over from him. The average age of the cabinet members is about 62 years, and many South Africans, especially the youths, are not just happy about this. They feel short-changed by the ruling government. 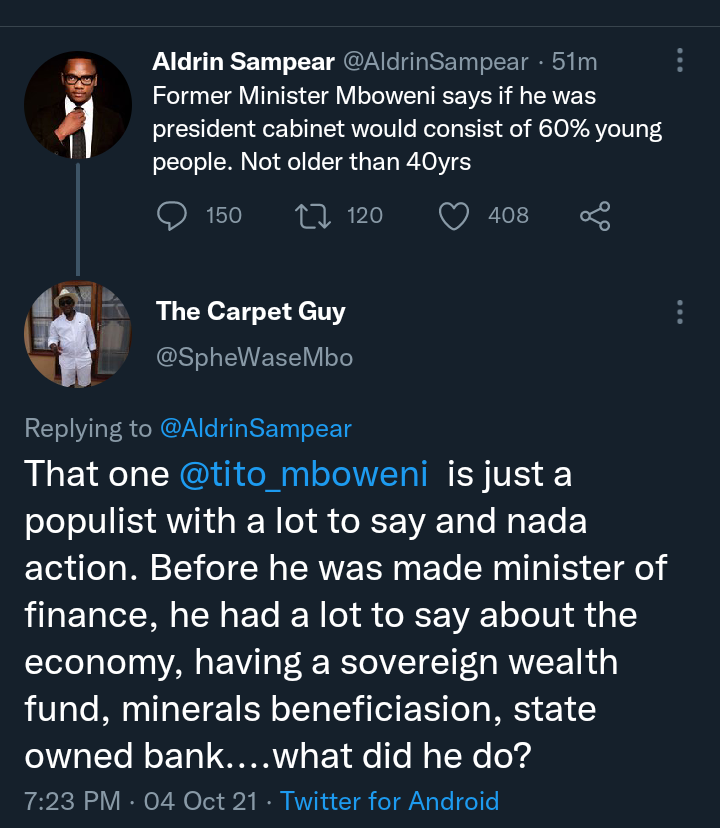 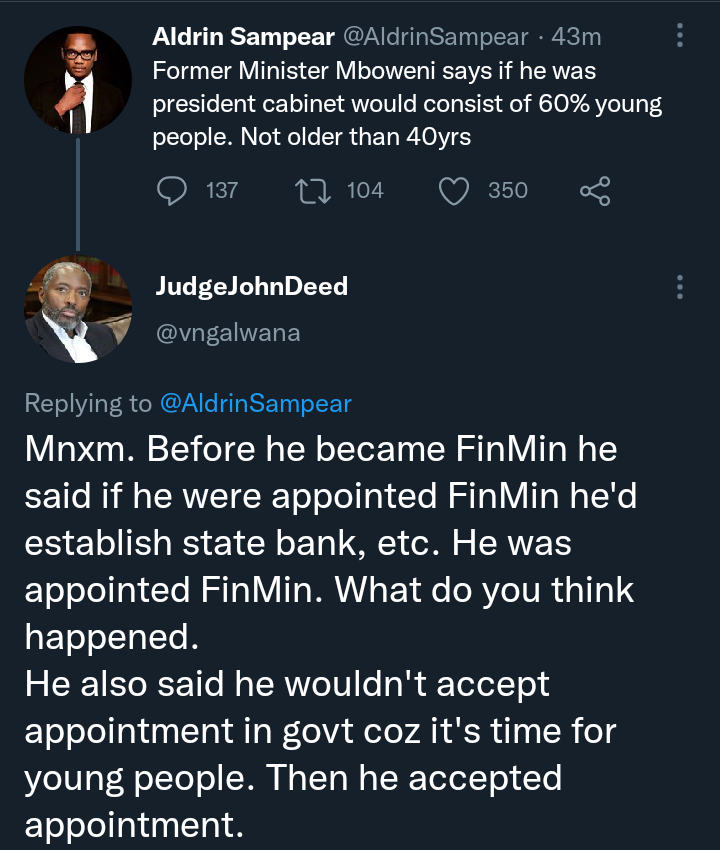 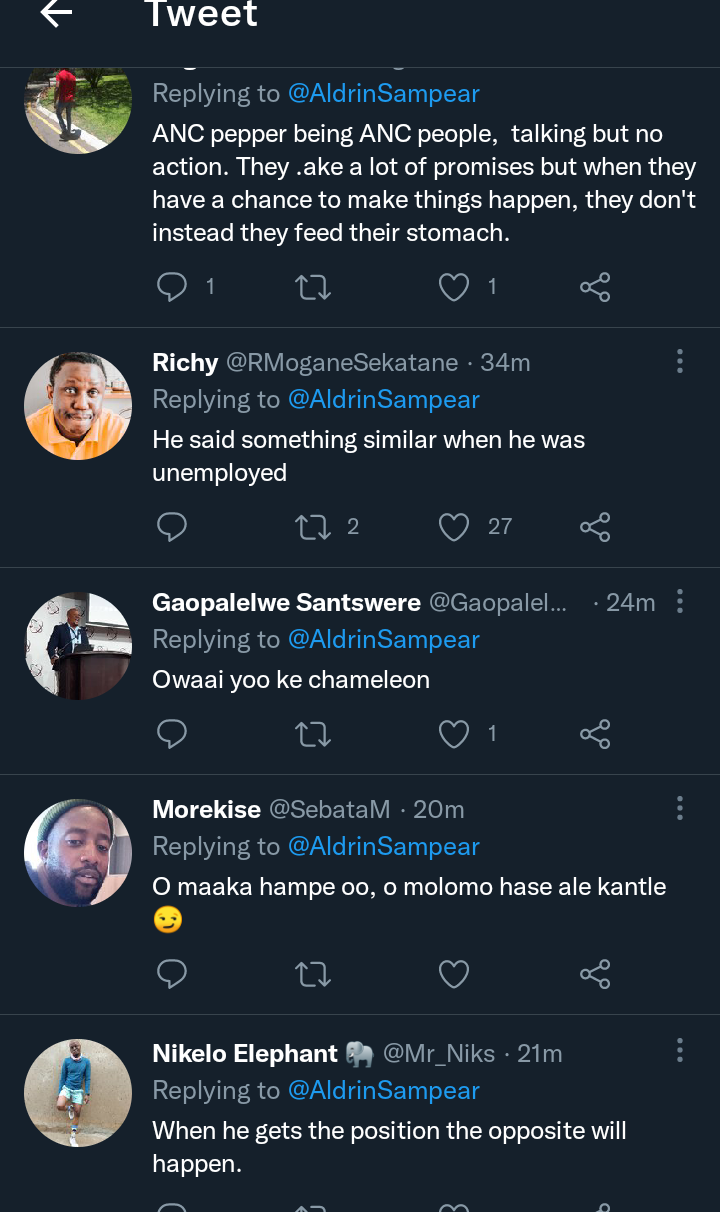 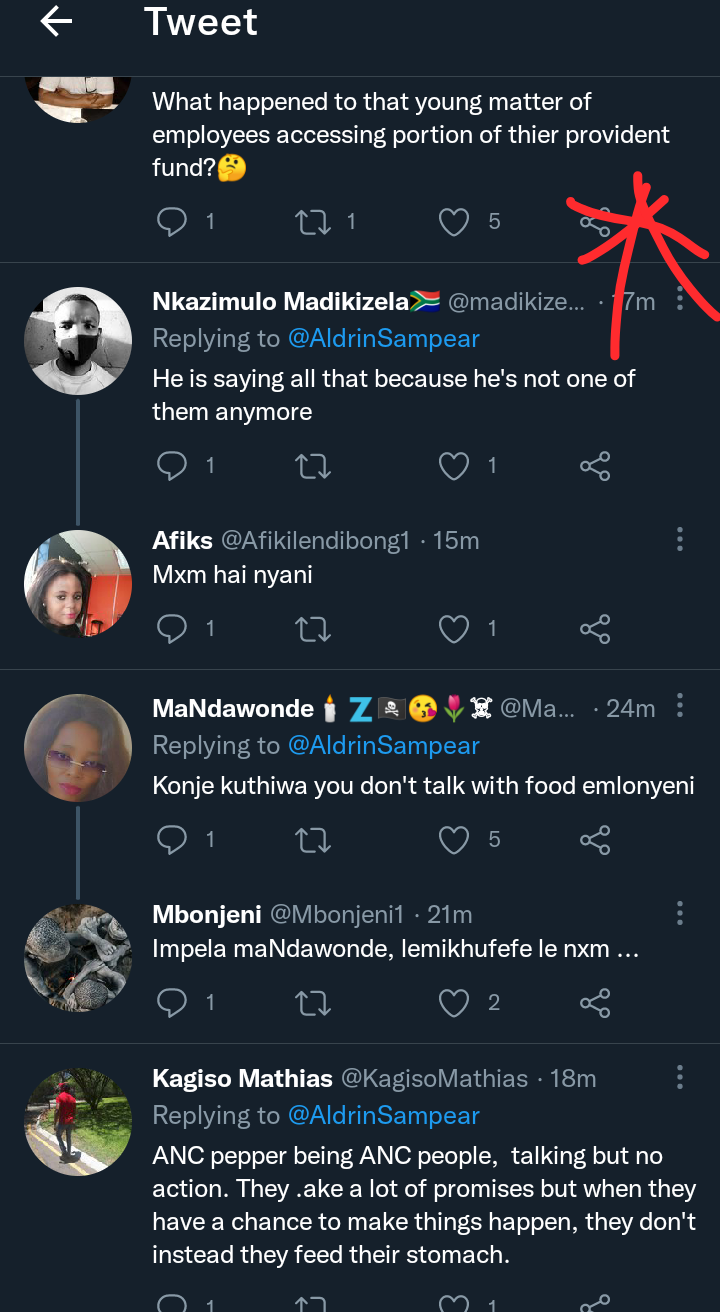 Another person said that the former finance minister is fond of saying what he cannot do. He also said that before he was made the minister of finance, Mr Tito Mboweni made many bogus promises which he never fulfilled to this very moment. He added, “Mnxm. Before he became Fin Min he said if he were appointed Fin Min he'd establish state bank, etc. He was appointed Fin Min. What do you think happened?

He also said he wouldn't accept appointment in Govt because it's time for young people. Then he accepted the appointment. He says all the right things when he’s not in government, shame”. Tito Mboweni is one of the few politicians who do not easily block their critics on social media, but lately, his over a million Twitter followers keep attacking him for trying to promote his party, the ANC. One youth said, “He said SA need a state bank but when he had a chance to implement such, he never did. In short, he has a verbal diarrhoea. Problem in our country is our head office (Stellenbosch) they approve everything”. 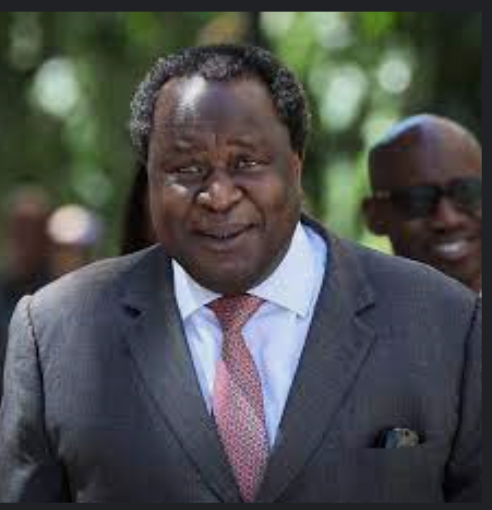 South Africans are not very welcoming to the ANC in this local government election campaigns that is ongoing. Many ANC members are still trying to convince their voters using every available means including words, t-shirts, gifts, visits, but it appears non is working. No wonder this lady said, “ANC pepper being ANC people, talking but no action. They make numerous promises but when they have a chance to make things happen, they don't, instead they feed their stomach.”.