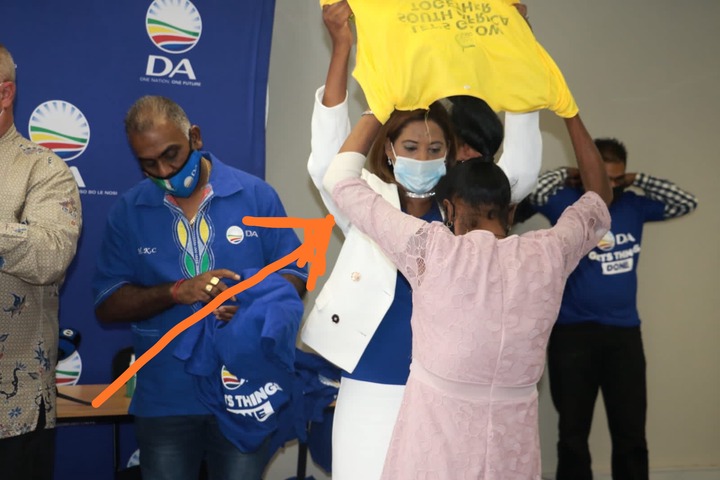 ANC heavyweight in Kwa-Zulu Natal who has had enough with the ruling party, defected to the opposition, Democratic Alliance at an eleventh hour.

Deputy secretary general of the ANC, Jessie Duarte had earlier revealed that they had to remove some candidates from their list before submitting it to the Electoral Commission as some had indicated that they have joined opposition parties.

While some of those who defected to either the Democratic Alliance and Economic Freedom Fighters respectively were not so popular within the party's ranks, the one which shocked many within the ANC was the defection of ANC councillor in Msunduzi Municipality in Kwa-Zulu Natal, Rachel Soobiah, who said she had grown disillusioned with the alleged corruption and incompetence of the ruling party.

Soobiah was revealed as the DA’s ward councillor candidate for Northdale’s Ward 30 in Msunduzi during a press conference in Durban.

She had been an ANC PR Councillor in Msunduzi Municipality for over a decade and was also involved in the party's youth structures.

Democratic Alliance revealed in a statement that Rachel Soobiah had indeed joined their party along with 30 others who have had enough of the ruling party's incompetence and numerous corruption allegations.

"Under the failing ANC, the Municipality of Msunduzi has been in a state of collapse for many years, including being placed under administration. The momentum behind the DA in KZN is growing every day, and the local government elections are shaping up to be a hot contest in the province.

The DA will welcome those who share our values, and who are prepared to work with us to get things done," reads the statement. 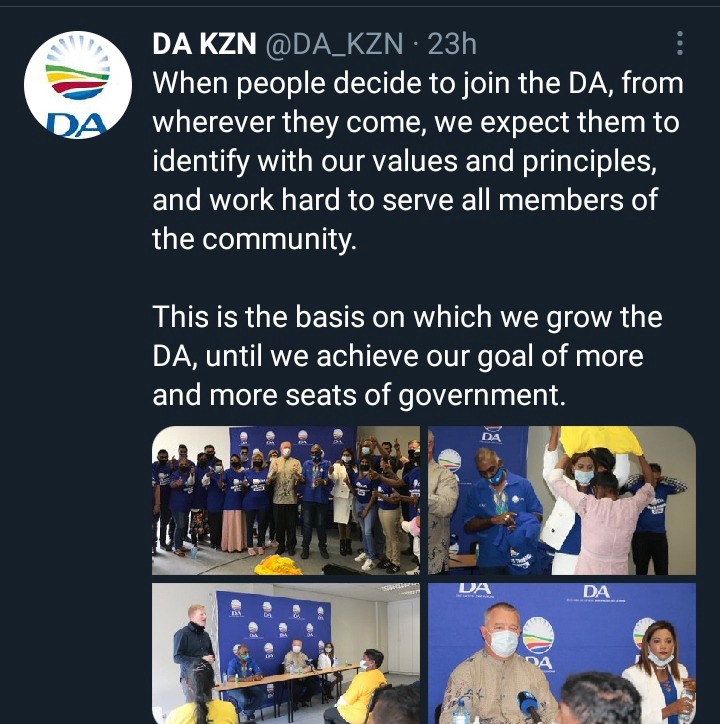 African National Congress has had a myriad of challenges especially in their preparations ahead of local government elections as party structures were mired in factional battles over candidate selection which in cases ended in eruption of violence. 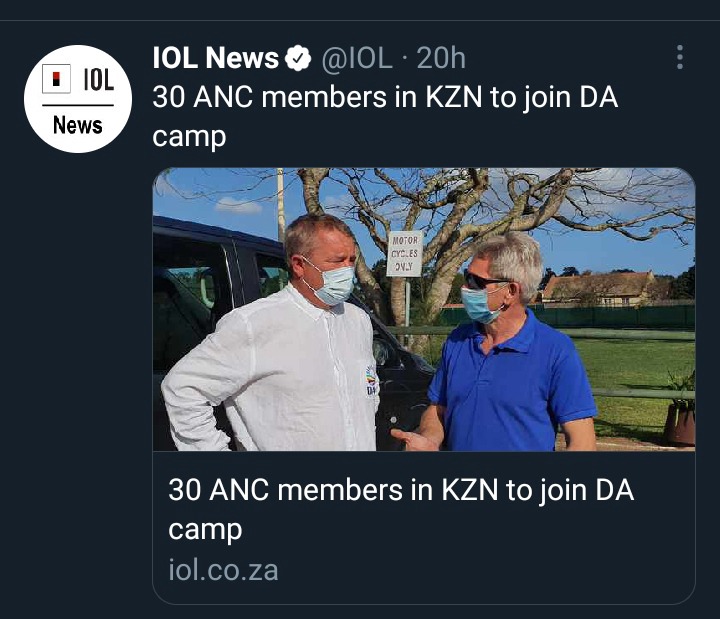 Democratic Alliance leader John Steenhuisen argued that South Africa needs a strong and big opposition to hold ANC accountable in all municipalities. He adds that voting for small parties with a little chance of winning elections helps to keep the ANC in power. 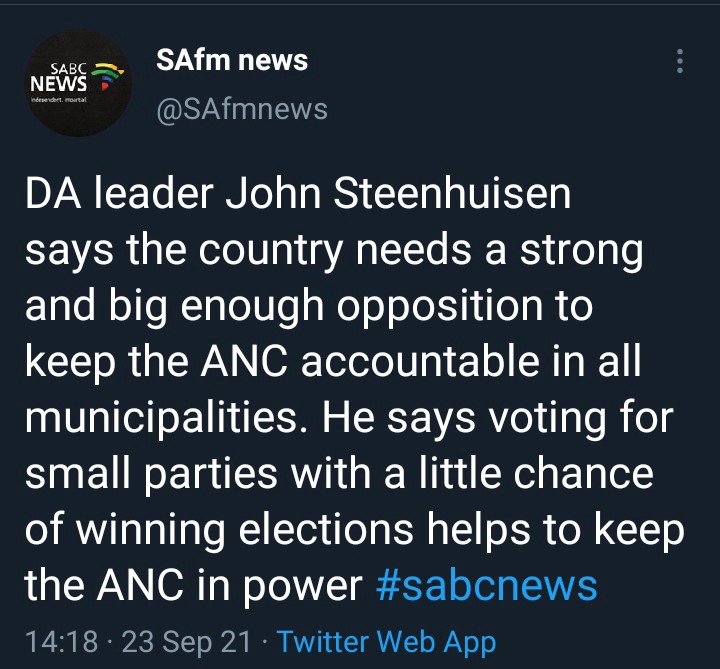