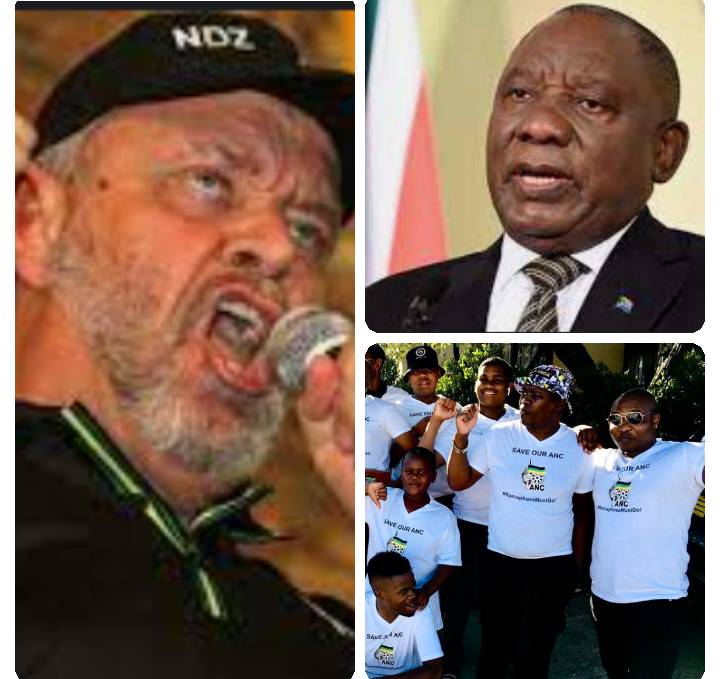 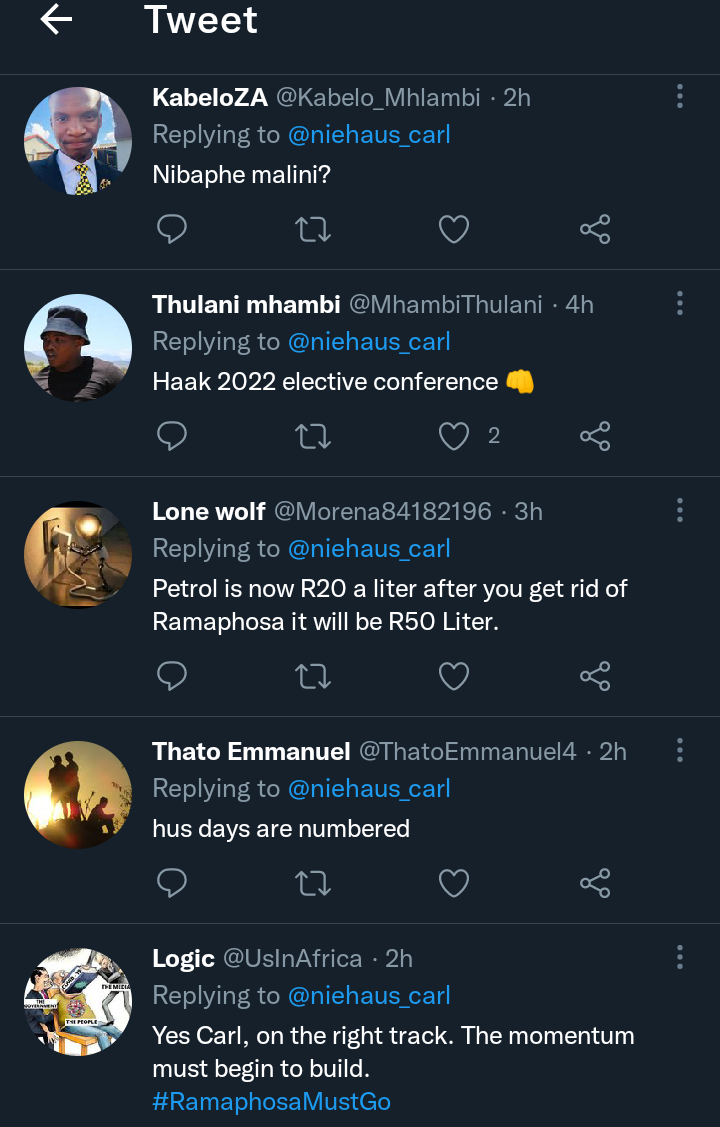 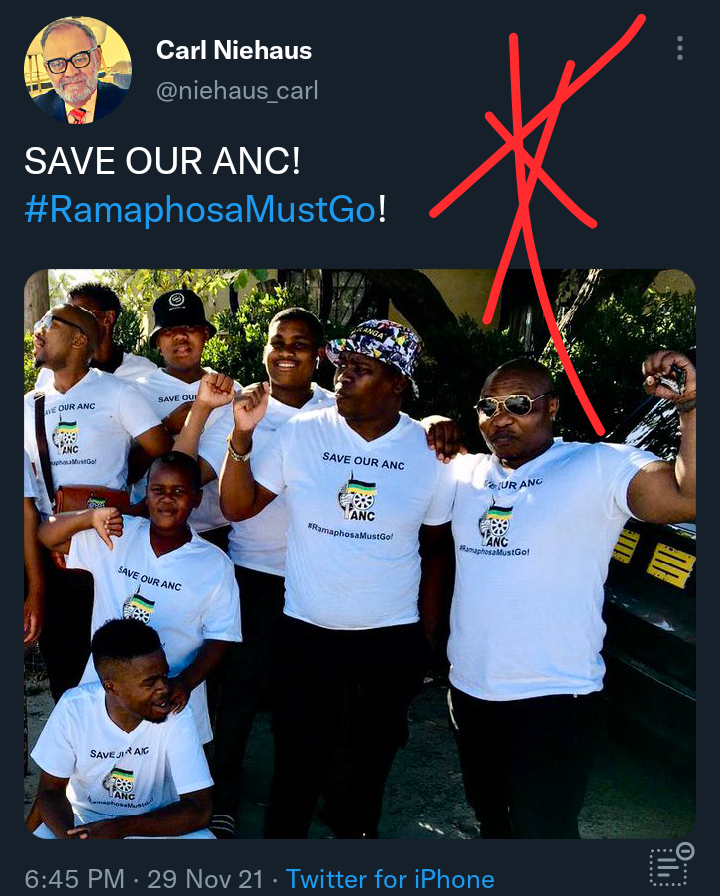 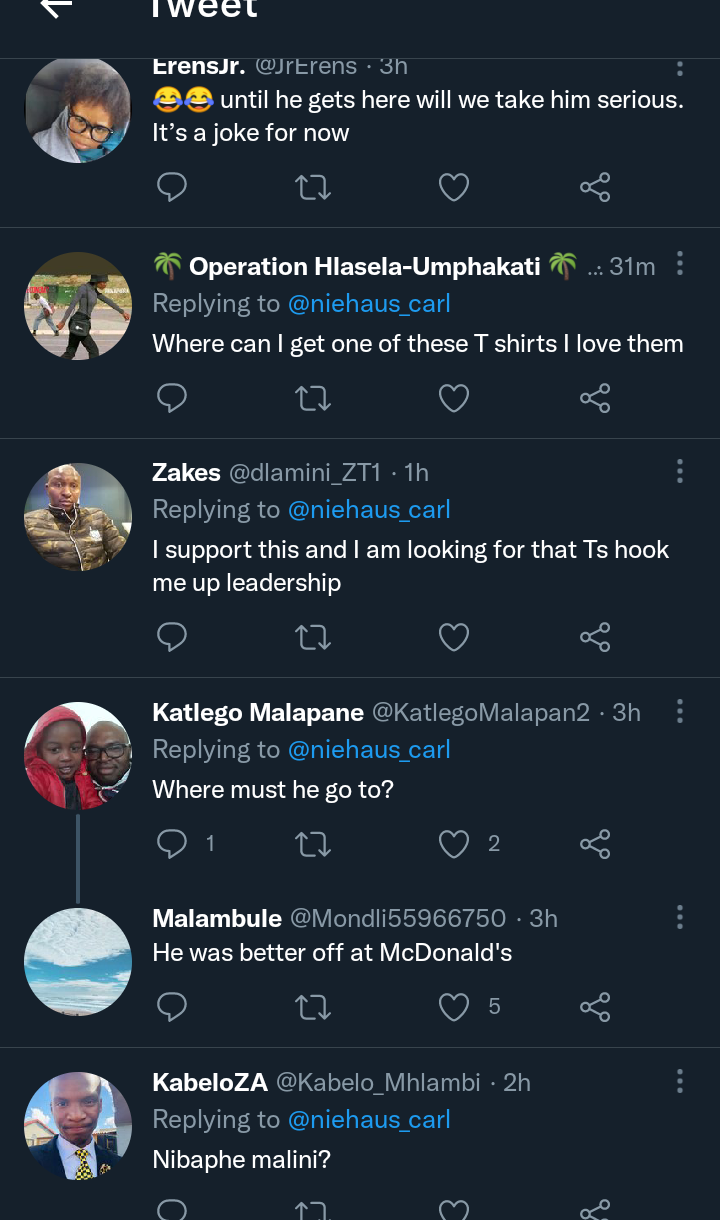 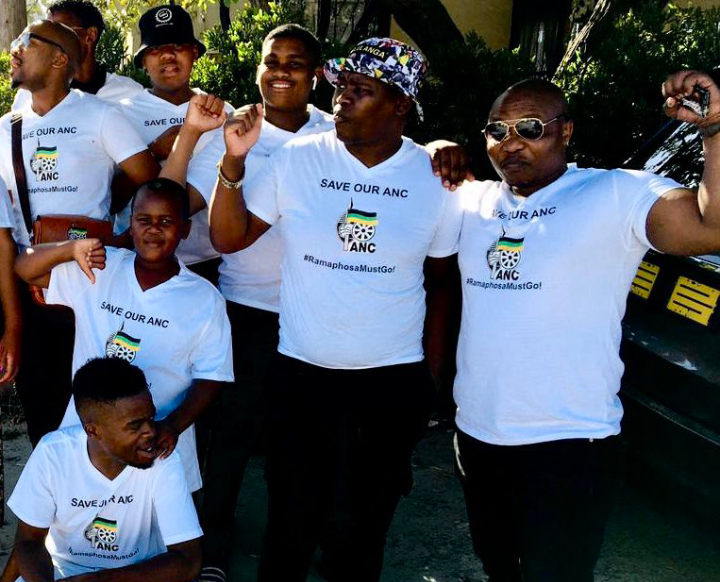 Carl Niehaus is fond of attacking Mr Fikile Mbalula and president Cyril Ramaphosa, always criticizing their policies and decisions. The fact that the ANC lost many of their municipalities to the opposition party, the Democratic Alliance is what is allegedly making some ANC members angry also joining to ask Ramaphosa to step aside. However, the followers and supporters of President Cyril Ramaphosa have declared that he is not going anywhere, rather, Carl Niehaus should lead his fellow "troublemakers” out of the ANC, for the party to have peace. A South African youth asked, “And be replaced by whom? If you can resolve this question, then you stand a chance, otherwise you are just playing. Yeah, life was wonderful in Guptaland. The ANC must just bring them back. Comrades are starving”. These RET members are gradually projecting Mr Ace Magashule as one of the prospective people to contest against President Cyril Ramaphosa, saying that it is only good people like him that can be able to regain the trust of the people and restore the dignity of the ANC. 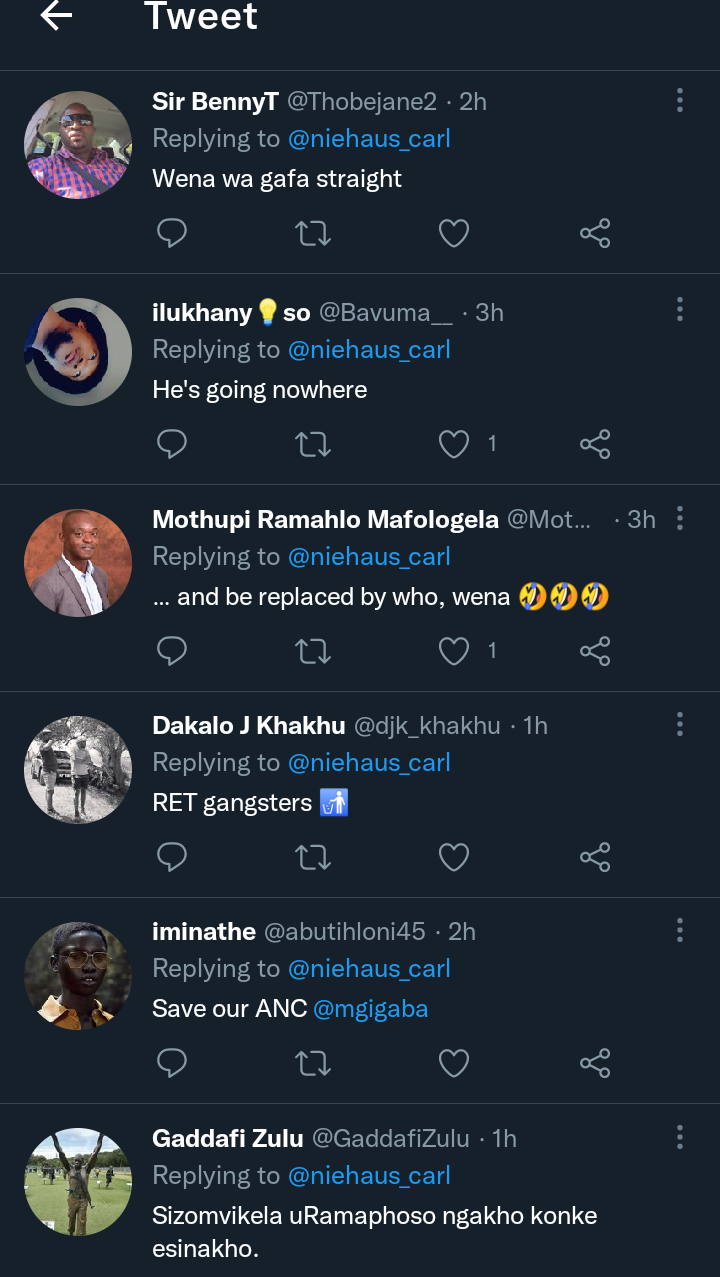 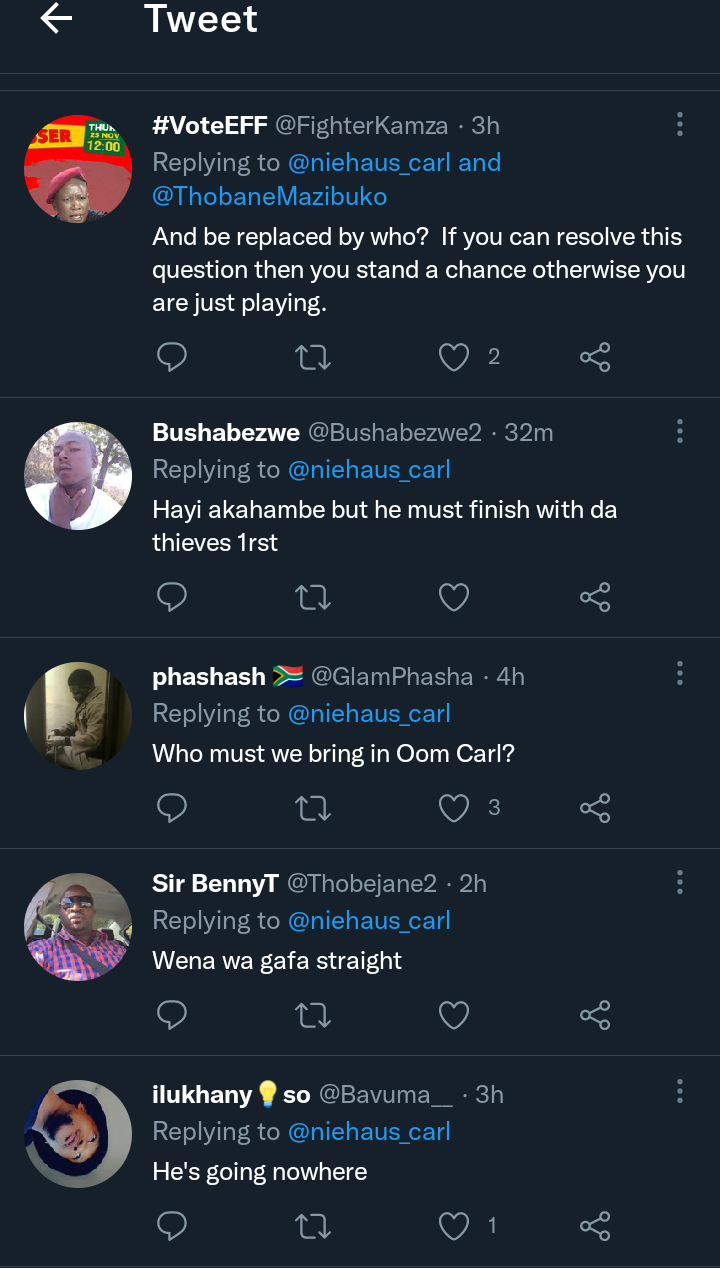 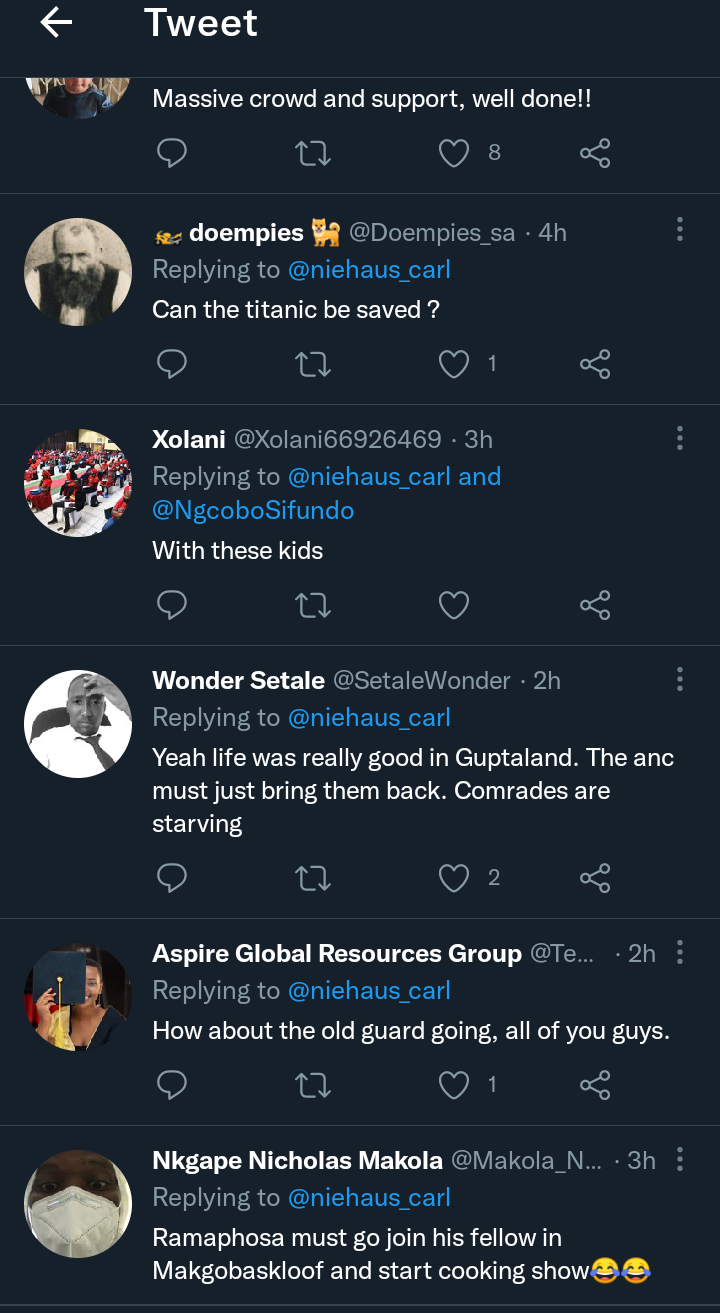 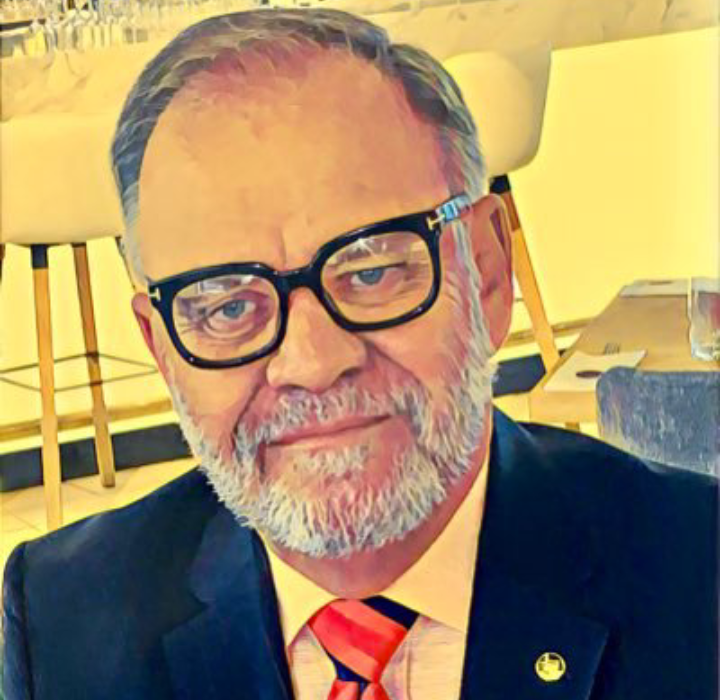 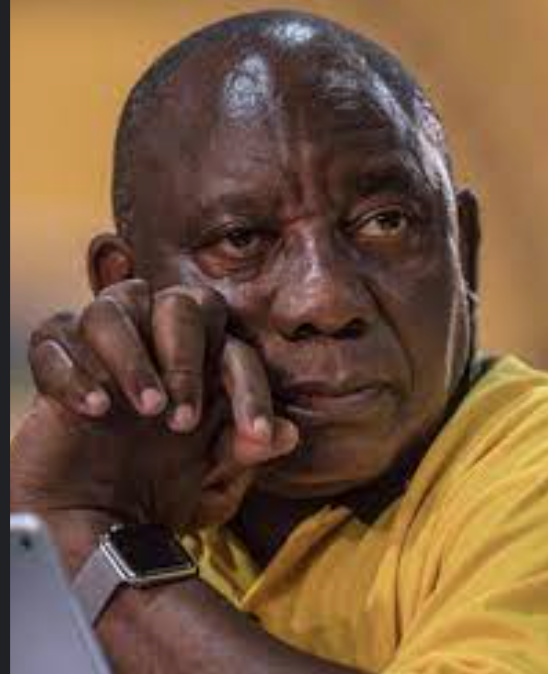 Another youth wrote, “I heard that “the masses, the people, ordinary citizens are calling for H. E JZ to ascend to the highest office”. This statement was made by one of the sympathizers of former president, Jacob Zuma. Some are actually saying that the time of Jacob Zuma was far than it is today.

Worms Infestation: A Natural Method for Flushing Out Worms From Your Stomach