Another 'Reshuffle' On The Cards Amidst ANC Chaos?

By OnlineNewzBible (self media writer) | 7 days ago

It seems cabinet reshuffles have become the order of the day in recent times, few days ago, the Premier of the Free State, Sisi Ntombela rung a myriad of changes in her provincial cabinet, in which she chucked out those presumed to plead allegiances to the Radical Economic Transformation (RET) faction, to further consolidate what appears to be President Cyril Ramaphosa's camp. 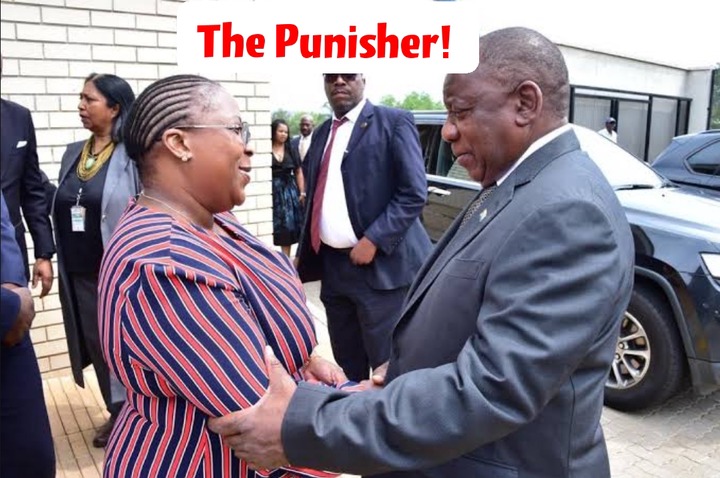 It now appears, Mpumalanga premier Refilwe Mtsweni-Tsipane will follow Ntombela's charge by effecting her own reshuffle.

However, hers would most likely be at a smaller scale, this because its potential occurrence has been triggered by President Cyril Ramaphosa's comments yesterday in relation to MEC for Agriculture and Rural Development, Mandla Msibi's arrest on charges relating to murder and attempted murder. 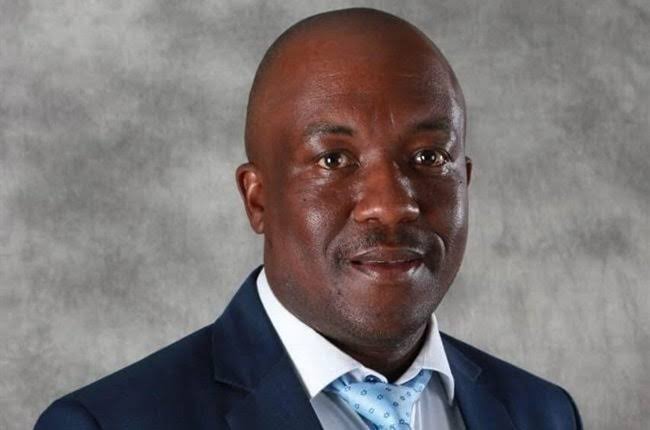 Msibi, a controversial figure who is notoriously-known for intimidating rivals and roughing up those who ordinarily stand in his political path, finally spent the night in a cold police cell on Monday.

The allegations he faces are of a serious nature, and you could argue that for many moons, he has invariably eluded any form of accountability, as his cases are either squashed or thrown out of the court roll for a variety of questionable reasons.

According to SAfm, the Premier has promised to move with automatic alacrity to take action against Msibi, which is most likely to be effective removal from cabinet. 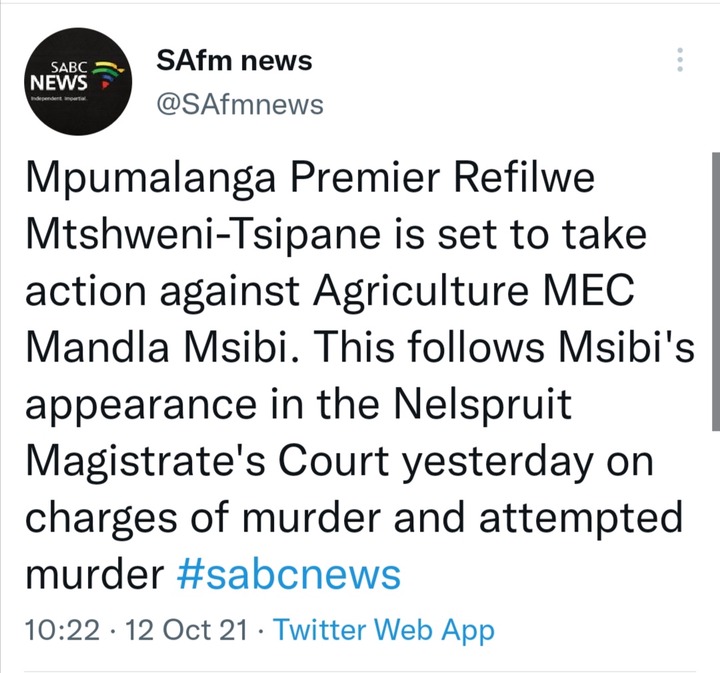 It is believed that it has always been Mtsweni-Tsipane's preference to get rid of Msibi, but the ANC politics in Mpumalanga are quite unsteady due to the turmoil Deputy President David Mabuza left when he joined national leadership.

Mtsweni-Tsipane is the premier, but not the ANC chairperson, therefore, her job has been to try to unite warring factions until at least a provincial conference is held to elect the person who will succeed DD. 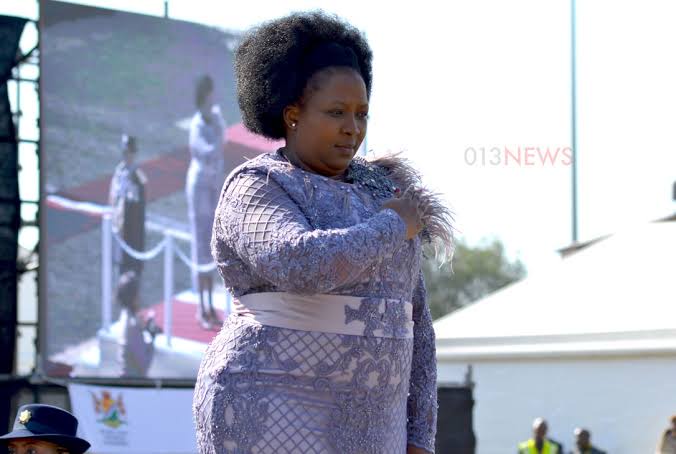 Another critically important dynamic to look with keen interest, is the fact that both Mtsweni-Tsipane and Msibi have reportedly thrown their hats into the contest for the chairperson position, and in a way they are foes in-waiting, thus, removing him will certainly taste sweeter for her.

Do you think Mtsweni-Tsipane should go ahead and remove Msibi, or she should grant him 𝘈𝘶𝘥𝘪 𝘢𝘭𝘵𝘦𝘳𝘢𝘮 𝘱𝘢𝘳𝘵𝘦𝘮 (to hear his side of the story in a competent court of law) before she could act?

Will Zuma Take The Offer? ANC Members To Head To eNkandla And Request Zuma A Position-

Allegedly Murder of Senzo Meyiwa has been found and charged.

In the Digital Vibes saga matter, Zweli Mkhize asks the court to set aside SIU findings.