Former MKMVA veteran Carl Niehaus had a lot to say about the African National Congress party (ANC ) leadership. Carl Niehaus has vowed he will campaign for the ANC ahead of the local government elections after the party reinstated his membership but supporters have questioned his authenticity. 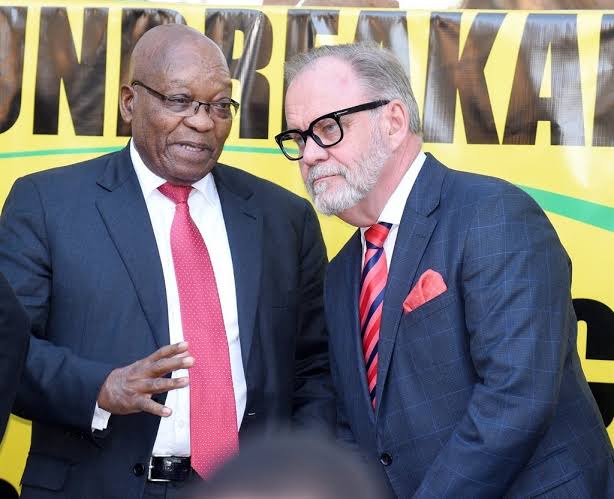 Carl Niehaus took to his social media pages to vow his loyalty to the ruling party by stating that he is ready to begin campaigning for the upcoming local elections. Supporters took to Twitter to voice out their grievances saying that they won't be voting for the ANC anymore after many attempts in leadership. According to Jessie Duarte, the ANC constitution states the suspension of Niehaus party membership lapsed as he was not charged within 30 days of his temporary suspension.The embattled Niehaus had his ANC membership suspended in July after defying the national executive committee’s decision to disband the uMkhonto weSizwe Military Veterans Association (MKMVA), in which he served as spokesperson. 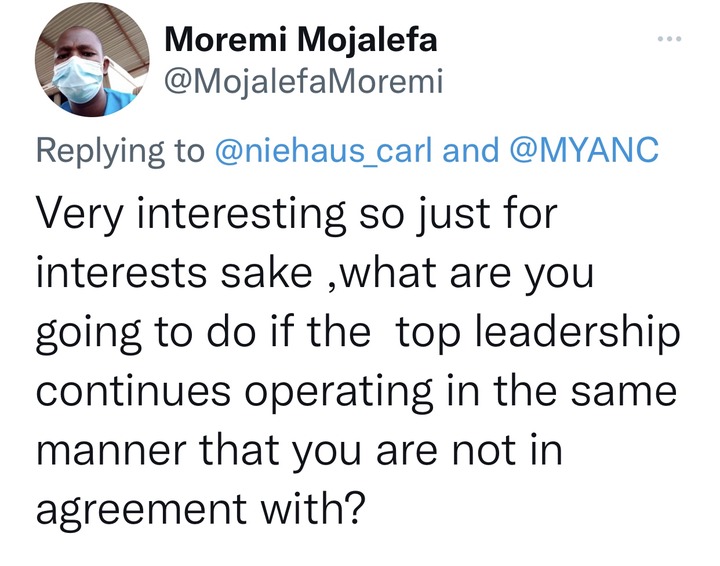 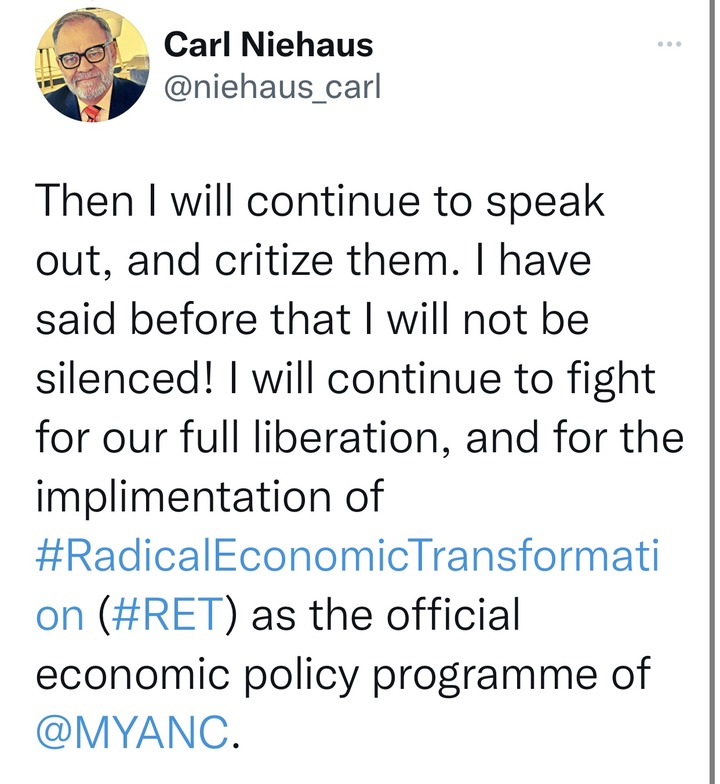 Others have hoped that other respected struggle stalwarts from KZN will join him on the ground. A certain pharmacist-turned-Business turned strategist & self-made Economist comes to mind who never seems to be on the ground but always gets nominated. 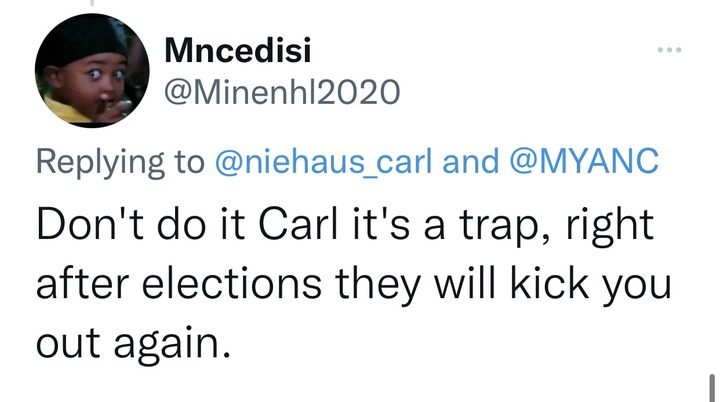 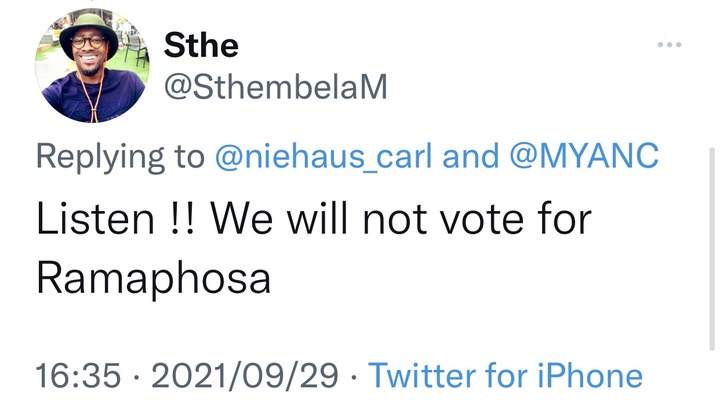