Sam Muofhe Has Left The Public Speechless After Turning Down A Huge Position... 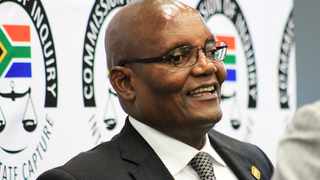 Cape Town – Former covert agent manager Sam Muofhe has turned down the designation for the situation of Inspector-General of Intelligence to become empty toward the finish of March one year from now.

Be that as it may, Parliament's oversight board of trustees on knowledge, led by senior ANC MP Jerome Maake, is attempted a course of picking the following investigator general of Intelligence.

The arrangement of the new auditor general would require a greater part of 66% of MPs to get approval.

The leftover competitors would need to be barbecued by MPs in the joint standing council on insight before they settle for the reasonable individual to head the government agent guard dog body.

The term of occupant Setlhomamaru Dintwe is up in March, however MPs have been shortlisting contender for the top work.

Some top covert agent managers are supposedly without exceptional status

Parliament expands cutoff time for position of Inspector-General of Intelligence

Dintwe has served a full-term since he assumed control over the situation in March 2017 and he is one of the competitors for the position.

The joint standing board had managed the rundown of contender to 12 preceding Muofhe pulled out from the race.

MPs will have the following four months to settle on the appropriate competitor prior to sending the name to President Cyril Ramaphosa for thought.

It has been accounted for that Muofhe has turned down the assignment for the post as he was one of the competitors declared by the joint standing board on Friday.

The board of trustees had named Reverend Frank Chikane, Dintwe and Muofhe as among the 12 competitors.

Maake had said the arrangement of the new covert agent guard dog head was in accordance with the Intelligence Services Oversight Act.