Since former President Jacob Zuma's release on medical parole from his 15-month sentence by the Constitutional Court, a lot has transpired. The former head of state is not permitted to give a public speech as part of his parole restrictions. 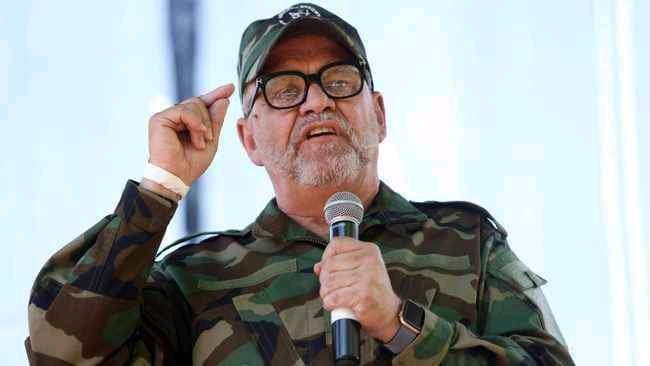 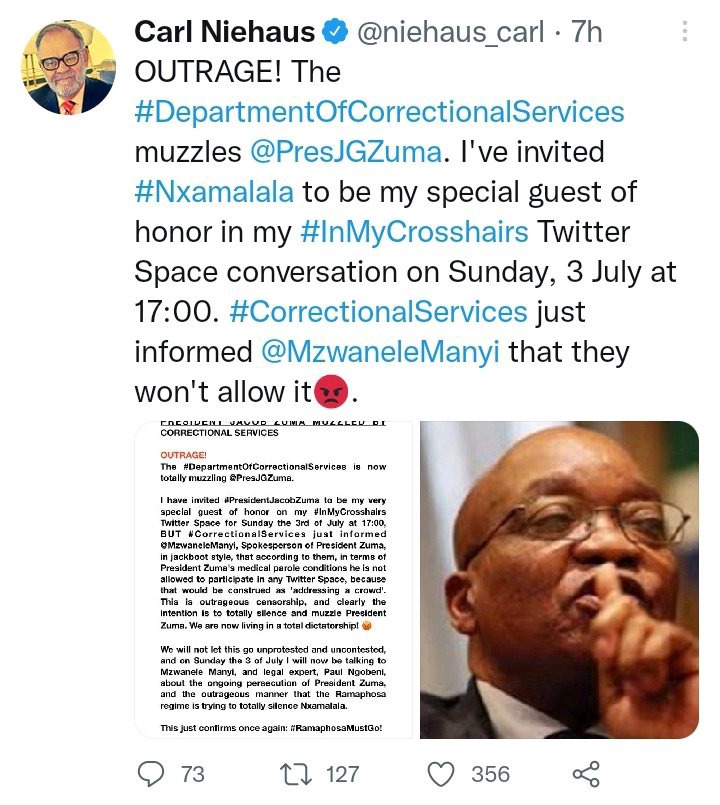 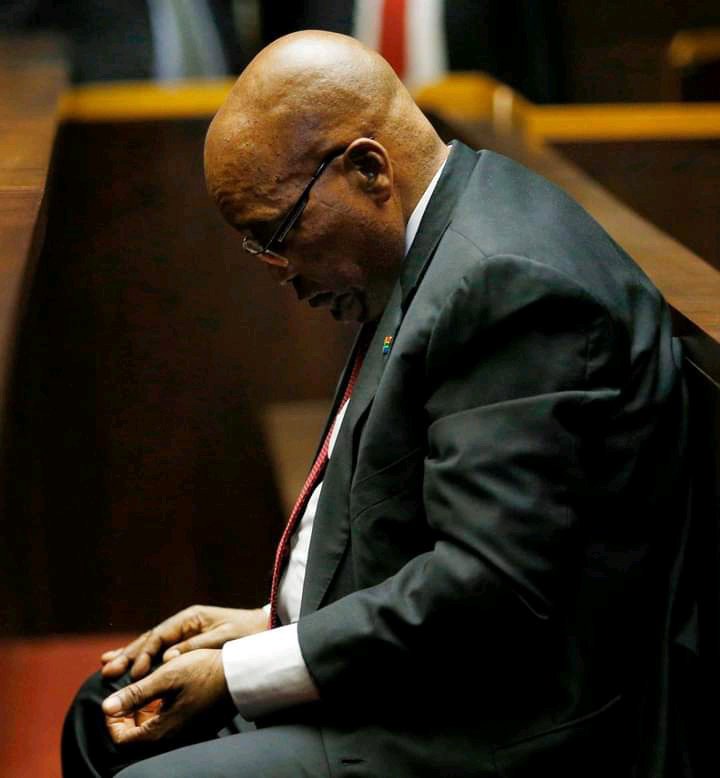 Regardless, Zuma responded to the Phala Phala farmgate controversy on Twitter, recalling a previous president's assessment that the ANC is a corrupt group.

Many people believed that even though Zuma was communicating with the people, it was still through a social medium.

He had planned to address the findings of the State Capture Inquiry report, which heavily implicated him in corruption, as recently as last week. Zuma was advised by his lawyers not to violate the terms of his medical parole, thus he did not show up to the scheduled press conference shortly after it had been scheduled.

The former head of state appears to be taking his parole obligations seriously; yet, he apparently was unaware that he could be barred from appearing on a podcast.

MKMVA spokesman and ardent admirer Carl Niehaus claims he invited Zuma to be a guest at his online function on Twitter space this coming Sunday.

However, the Correctional Services Department disagreed and warned the spokesperson of the Jacob Zuma Foundation that if Zuma is part of a Twitter space, he would be addressing the crowd. 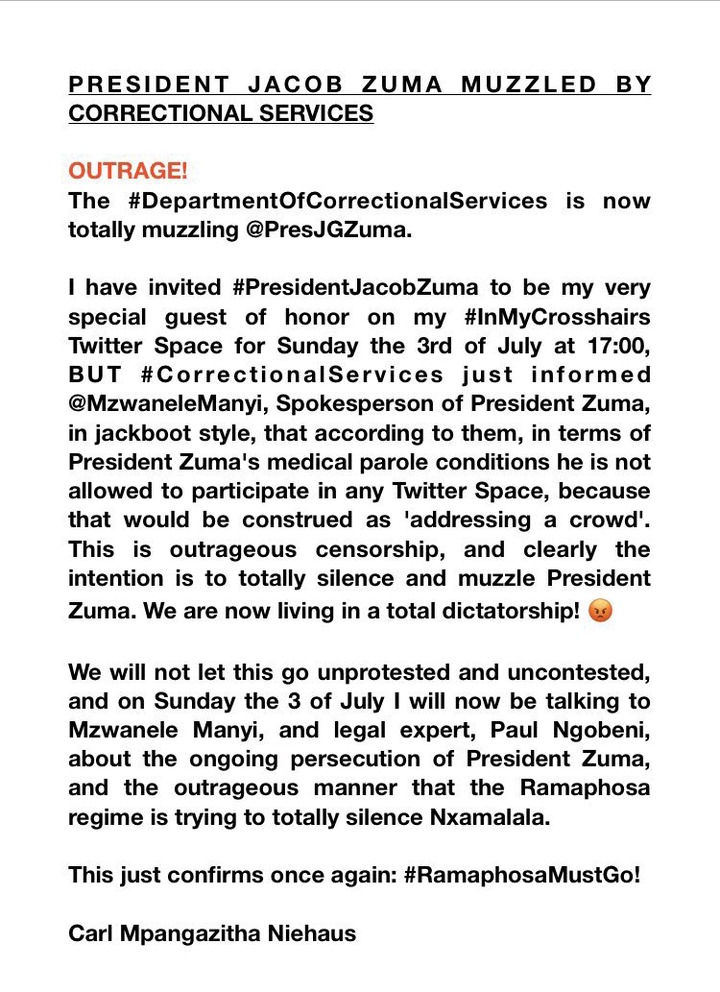 This has enraged Niehaus, who accuse the Correctional Department of trying to silence Zuma and that the country is living in a dictatorship. He has vowed to investigate what he calls Zuma's "persecution" and has called for Ramaphosa to be removed from office.

According to the people, the conditions of medical parole apply to every ex-convict, and Zuma should not be receiving special care. They note that Zuma acquired medical parole owing to his chronic ailment, hence there is no reason why he should be traveling to Twitter places instead of focusing on his health.

There is no room for error if Zuma is in charge. Certain groups were lobbying to have him resentenced because they felt he did not merit parole. Neglecting to comply with the terms of medical parole is a recipe for disaster.