Zweli Mkhize Fingered in another corruption deal. SIU reveals this. See how much money is included

The name of former health minister Zweli Mkhize has come up in an investigation by the Special Investigating Unit (SIU) into how a KwaZulu-Natal provincial treasury tender went from being worth R3.5 million to being worth R114 million. News24 can say that a SIU investigation, which was finished in February of last year, found that the provincial treasury made a mistake when it gave Universal Security Services (USS) a contract for forensic risk services called Operation Unembeza in September 2007. At the time, Mkhize was the Minister of Economic Development and Finance.

An affidavit by a SIU investigator, which formed the basis of the SIU's findings, said that the circumstances around USS's appointment showed that in February 2008, the former head of the KZN treasury, Sipho Shabalala, wrote a letter to Mkhize explaining why Operation Unembeza should be rolled out to all provincial government departments. 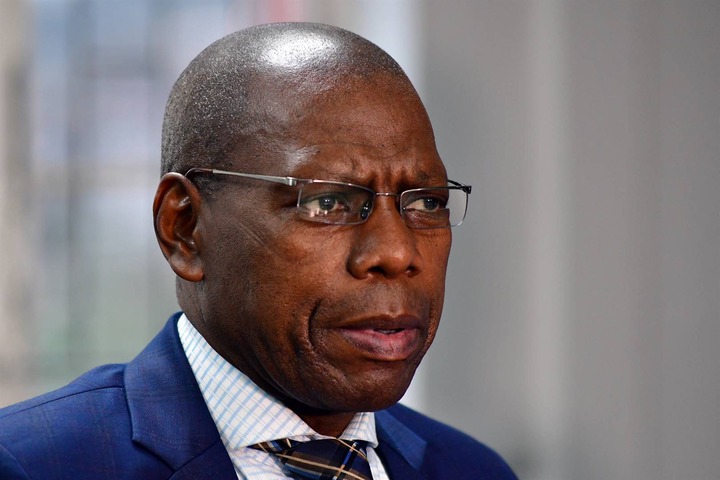 It is not clear if Mkhize answered Shabalala's letters or if he agreed with the project. When asked about the project, Mkhize did not answer. But according to the affidavit and a letter of reprimand that the SIU sent to the provincial treasury afterward, Project Unembeza was rolled out to all provincial government departments after the letter was sent to Mkhize. This made the project cost R114 million more than it was supposed to.

"Mr. Shabalala sent a letter to the Minister of Finance and Economic Development, MEC Dr. Z L Mkhize ("Mr. Mkhize"), on February 8, 2008, to extend USS's job. Because of this letter, Project Unembeza was made available to all provincial departments and given more money for the next few years "The affidavit says what the investigator found.

The document showed that the budget went from R36 million in the 2008/09 financial year to R114 million in the 2013/14 financial year after the decision was made to make the project available to all departments. Kaizer Kganyago, who speaks for the SIU, said: "President Cyril Ramaphosa has been given a full report by the group. It did this last year in October." A source from the SIU who has direct knowledge of the investigation but spoke anonymously said: "The SIU found that there were problems with the contract and that it had been given in a strange way. It is now getting ready to send papers to the Special Tribunal to get the contract declared illegal, void, and canceled. 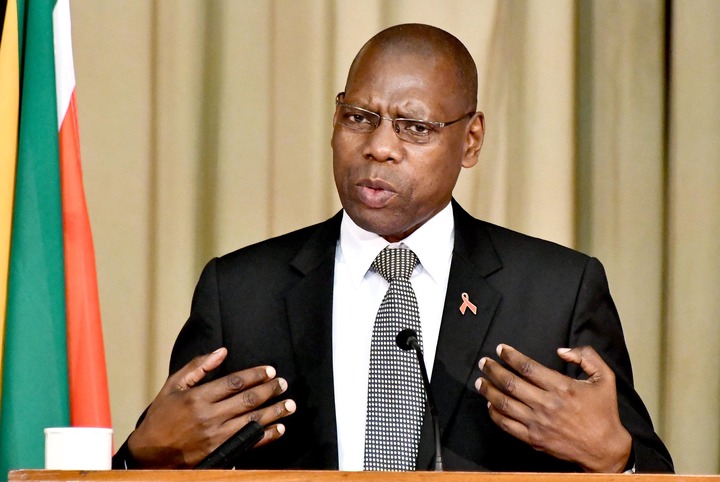 The Eskom Files | See all stories about Eskom

"The SIU's investigation into USS's appointment was just one part of a larger investigation into fraud, corruption, theft, and bad management in the selection of different service providers to provide consulting services to the provincial treasury's internal audit and economic development units. In September 2017, the former president, Jacob Zuma, asked the SIU to look into the matter. Before he became the premier of the province, Mkhize was the finance MEC from 2004 to 2009. USS was hired to run Operation Unembeza (conscience), a project that aimed to create a fraud and corruption risk profile for the provincial treasury.

The Hawks were also looking into USS's appointment.

Mkhize fell from favor last August when it came out that his family and close friends got R150 million from an allegedly shady Digital Vibes communications contract. He quit as health minister as a result. The government was looking into this. Mkhize seemed to be running for one of the top six leadership positions in the ANC in order to save his political career.

At its elective conference in December, the party was supposed to vote for new leaders. The SIU investigation, which began in September 2017, also looked into how Operation Unembeza was rolled out to all provincial government departments without a tender, which caused it to grow from R3.5 million to more than R114 million. 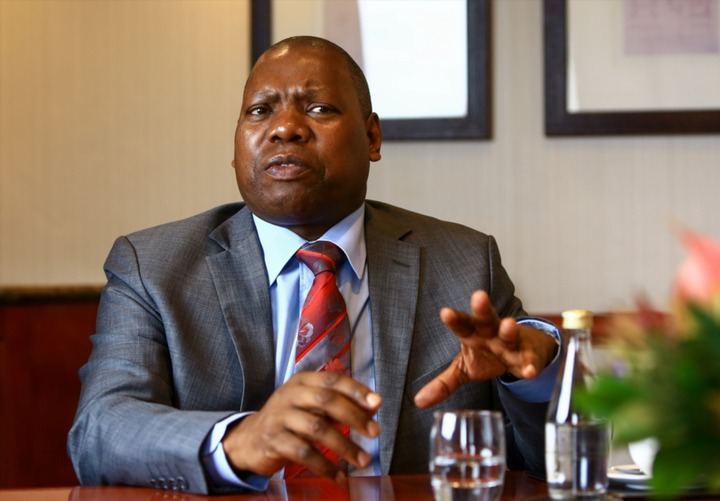 The affidavit showed that USS was hired directly by officials without going through the public tender process, which the SIU thought was against the Public Finance Management Act (PFMA). The affidavit showed that in September 2007, Motlalepula Radebe, who was then the head of internal audit at the KZN Treasury, wrote a letter to Shabalala explaining why USS should be hired with a budget of R3.5 million to create a fraud and corruption risk profile for the Treasury.

In her letter to Shabalala, Radebe said that USS should be chosen "because the job had to be done quickly and was complicated." "During our investigation, we found that Ms. Radebe's decision to hire USS for the Unembeza pilot project and her recommendation to do so were made without following the right procedures. USS was given the job because of her drive and recommendation.

"In our honest opinion, the evidence suggests that Ms. Radebe committed acts of omission when she hired Universal Security Services registration number 1994/028294/23 ('USS'), which we think is wrong. Radebe is said to have told Shabalala that the department already had a contract with USS. Investigators, on the other hand, found that USS did not have a contract with the department. Instead, they found that Shabalala and Sibusiso Babo Xulu, the director of USS, had signed a Memorandum of Agreement (MOA) in May 2007 that said Xulu would do work for the department on a project-by-project basis for the next two years. 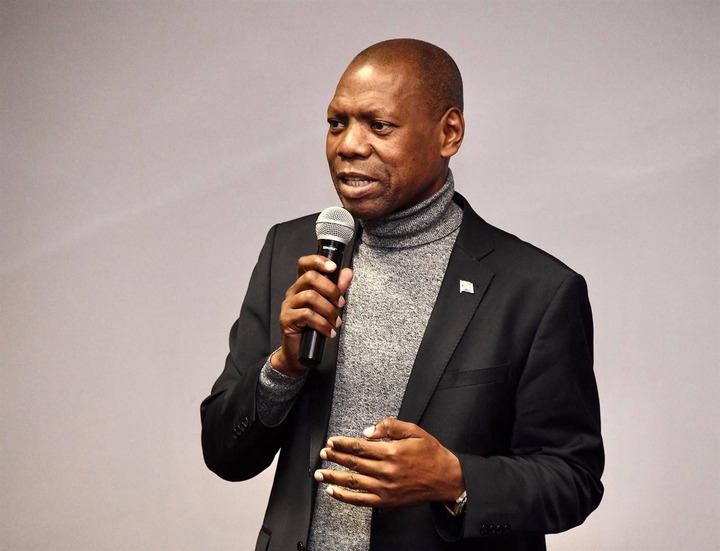 In another internal SIU document, it says, "Evidence obtained suggests that entering into a MOA with USS constituted an irregular procurement process, which (National) Treasury regulations prohibit." In October 2020, the SIU suggested that Radebe be put through a disciplinary hearing by the KZN provincial treasury. Radebe left the Treasury early last year to work for the eThekwini Municipality.

Investigators from the SIU also said that Radebe chose USS without going through a public procurement process, even though a month earlier she had chosen a panel of service providers with the right skills to do the work that USS was chosen to do. In the internal document that the SIU sent to the KZN treasury in October 2020 to explain why Radebe should be disciplined, it said that USS was given an unfair advantage because it was chosen over companies that were already on the department's panel for risk, fraud, and auditing.

"As a result, this goes against the fairness principles set out in Section 217 of the Constitution." The document also said that USS didn't even have the skills to make a fraud and corruption risk profile.

"The SIU also came to the conclusion that the USS Companies and Intellectual Property Commission (CIPC) founding statement did not show that USS could provide IT audits, performance audits, environmental audits, risk management, governance audits, forensic audits, and other technical expertise in internal auditing. "In our honest opinion, Ms. Radebe's actions show that she has no regard for the law when it comes to the procurement process." 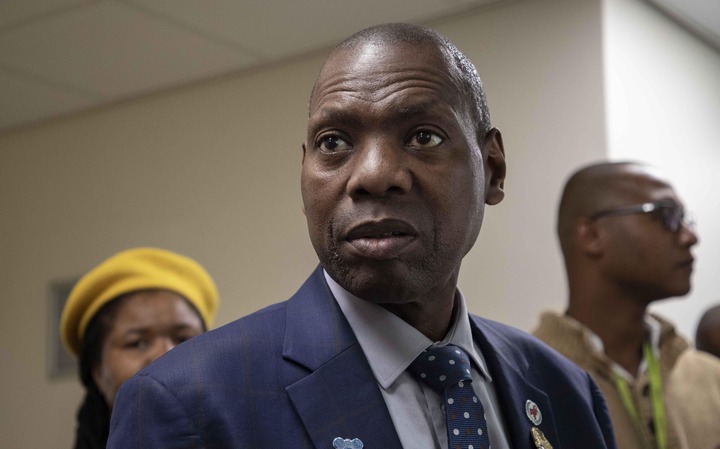 How they put it

When the treasury officially started Operation Unembeza in June 2008, Mkhize and Radebe said it was because a group had stolen R200 million from the province over the previous three years by using spyware. Musa Cebisa, the KZN provincial treasury's spokesman, said: "In response to a request from the media about the Universal Security Services (USS) case, the department confirmed that the Hawks are currently investigating the case and that it is also the subject of civil litigation. Because of this, we will not be able to give any answers so as not to hurt the case. After these things are done, the department is willing to work with Media 24."