By Shonisani_Cliff (self media writer) | 13 days ago

If there is one thing that is giving the South African government serious headaches, it has to be the Cash In Transit Heists which happens literally everyday on this country, we read about a cash van which was blown somewhere on the roads where criminals would just pounce on unsuspecting security officials and open without any confrontation, in some cases they rash Onto the van with another vehicle, then install their explosives to bomb open the van, if they find the security official who is resistant, they shoot to kill since they are not prepared to let anything or anyone stand between them and the millions they have targeted. 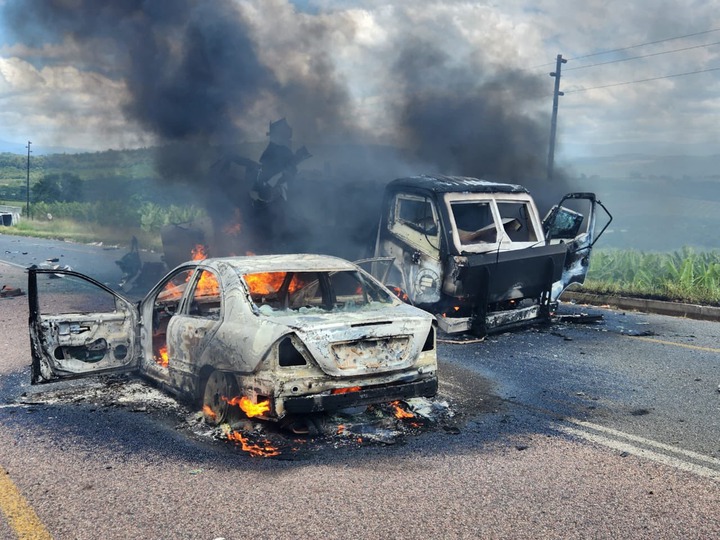 When working for the cash transporting security company, you just thank God when you get home to your family after doing your shift since there are chances of not making it back home, these guys care less about the people they kill, they just do what they planned and get away with money just like they did in Neilspruit in Mpumalanga on Wednesday.

Reports emerging suggests that a Fedelity Cash Van was attacked by heavily armed thugs who used a Mercedes Benz to crash into the Cash Van to force it to stop, then they did they job leaving the two vehicles on fired, surely because of the explosives which were used. 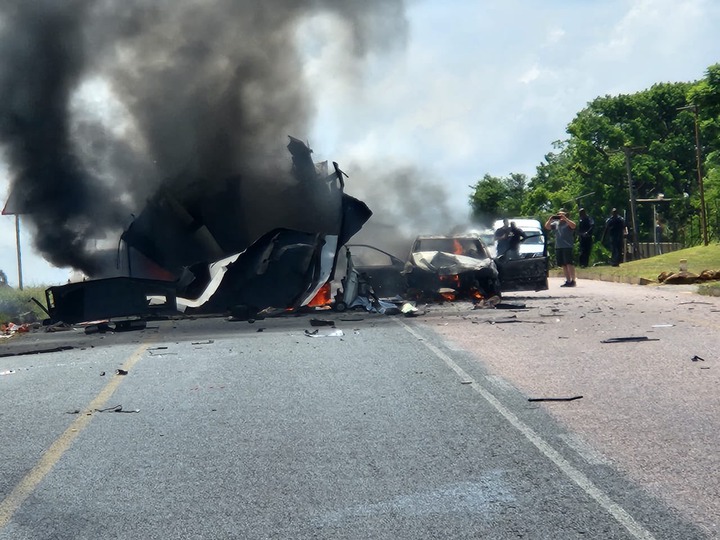 On the pictures supplied, there are vehicles which are going up in flames, you could see that they crashed on each other, the sad part about it is that there is a member of the crew who was seen laying next to the van which over turned and rolled off the road. 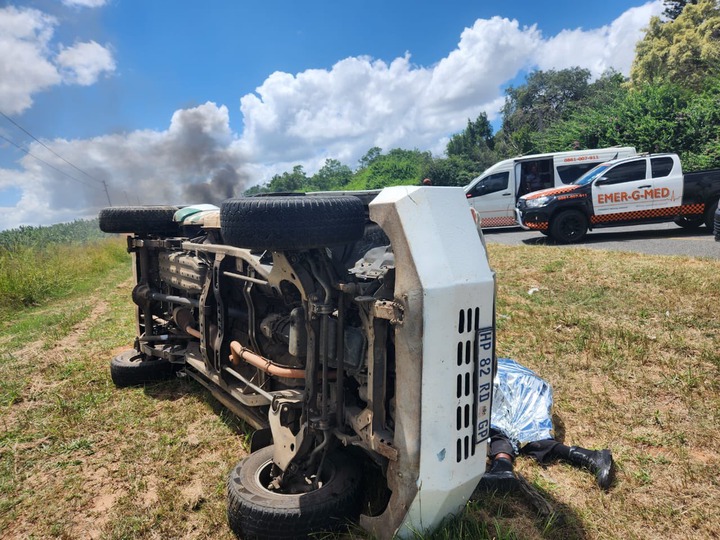 People's lives will always be on the line for as long as money is still transported in this fashion, there should be alternative and safer ways which are introduced in order to avoid seeing lives lost like this 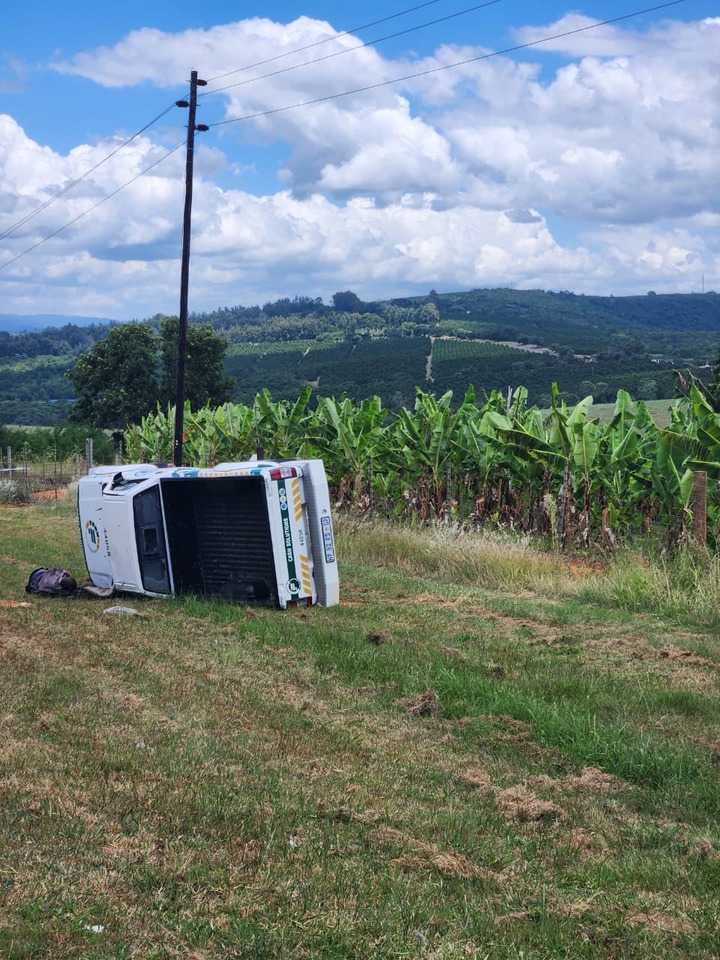