By Sivhonavhona (self media writer) | 4 months ago

The News24 revealed top secret were that the State Security Agency spies loyal to the former President Jacob Zuma offered around R 20 million to compromise Cyril Ramaphosa safety just before the African National Congress (ANC) elective conference. It alleged that the ''rogue State Security Agency (SSA) spooks offered a R20 million payoff in a plot to see President Cyril Ramaphosa stripped of his security detail on the eve of the ANC's 2017 national conference in Nasrec in Johannesburg''.

The details around the attempt to compromise Ramaphosa's personal safety – set in motion by a politicised faction of the spy agency loyal to his predecessor, Jacob Zuma – is contained in a trove of yet unseen documents submitted to the Zondo Commission. Among those implicated in the report include David Mahlobo, Thulani Dlomo and Arthur Fraser. 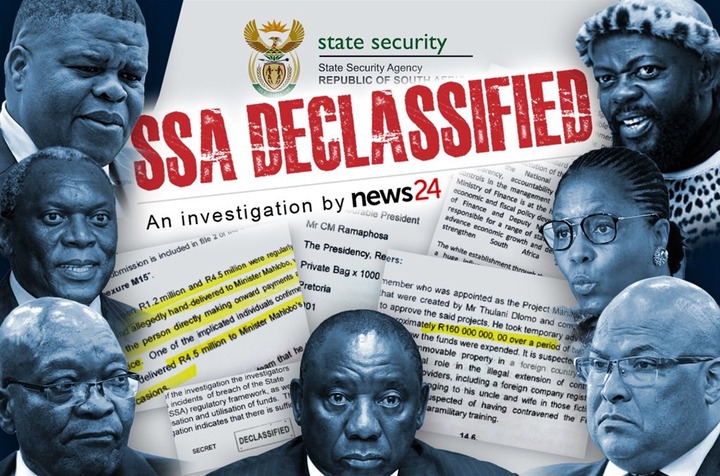 The 2017 African National Congress (ANC) elective conference brought a new political dimension in the country. The were heavily contested elections by the ANC super leaders amongst them was Cyril Ramaphosa, Nkosana Dlamini Zuma and David Mabuza. At the end of David Mabuza decided to side Ramaphosa as a sign of forming unit within the already divided ruling party. The decision to stand for unit led to Ramaphosa victory and Mabuza becoming his deputy.

Just before elective conference Ramaphosa was seen as main opposition or problem to the siting President Jacob Zuma because his main manifesto was around fighting corruption. President Zuma was implicated in some serious corruption cases. Zuma knew that once Ramaphosa was elected President it will be hard to fight his cases. Zuma had announced established the State of Capture Commission to investigate most of the country's corruption cases according to then the public protector Thuli Madonsela. The State of Capture had to investigate State decision which were mostly influenced by the outsiders mainly the Gupta family. Zuma was not willing to allow someone he did not trust to oversee the state capture commission.

Content created and supplied by: Sivhonavhona (via Opera News )

OPINION | Can we see positive change under leadership of Ramaphosa?

Patrice Motsepe suggest that Pitso Mosimane be the next Bafana Coach, Good Idea ?

Gwede Mantashe left Everyone Speechless After He Said This.