The Hawks and State Capture Inquiry made their first arrest earlier today and it seems the worst is still to come for nine senior ANC officials. 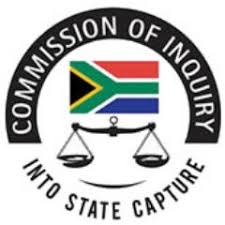 Free state Businessman Edwin Sodi and two ANC politicians were arrested earlier today as a result of testimony from the State Capture Inquiry. 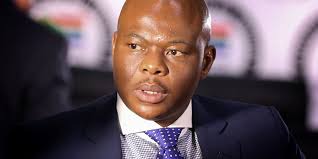 After more than 2 years since the creation and it's inception, the State Capture Inquiry has finally made its first official arrest,

Daily Maverick, reported earlier this morning that The Hawks had picked up three suspects in the unlawful asbestos audit project, the suspects businessman Edwin Sodi and two ANC officials.

Edwin Sodi or as he referred to as the ANC's 'Bleeser' for donating multi-million of Rands to the party over the years, which the Zondo Commission uncovered during their investigation.

Nine top ANC officials could also be implicated in this case, when Sodi testified he named quiet a number of high ranking officials in the government, who are also involved in the project namely Minister of Health, Dr Zweli Mkhize, who received around a total of R6.5 million from Sodi when he served as a treasurer. Also the Ministerof Employment and Labour, Thulas Nxesi, the Deputy Minister of State Security, Zizi Kodwa.

The Deputy Minister of Communications and Digital Technologies, Pinky Kekana, also received payments from him in the period between 2013 to 2019, Bongani More could also come under investigation. He’s the former DG for the Gauteng department of human settlements, and Sodi told the State Capture Inquiry that the R7.5 million he paid to him was ‘purely down to their friendship as business partners’. Paul Mashatile also received R371 000 from Sodi during his time as ANC Treasurer

Also firmly on the radar is Ace Magashule. His fingerprints are all over the asbestos contract, with certain suspicious payments going through his office while he served as Free State Premier.