South Africans had enough, no more lockdown for them

By Zero-One-Five (self media writer) | 1 month ago 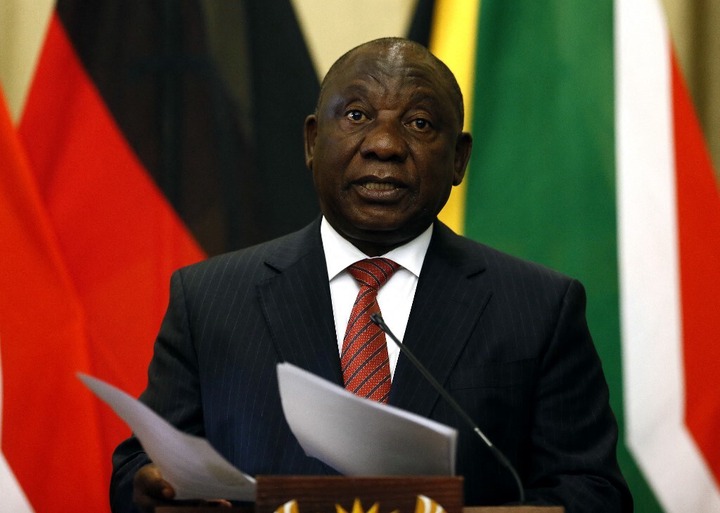 NOTE: THIS ARTICLE WAS NOT WRITTEN TO PROMOTE A DISBELIEF IN THE EXISTENCE OF COVID-19, ITS REGULATIONS OR THE USE OF VACCINES, BUT TO MAKE PEOPLE AWARE OF HOW OTHERS ARE REACTING TO THIS NEW VIRANT AND A POSSIBLE LOCKDOWN, AGAIN.

They say that the only way to get freedom is to fight for it, not buying it with the terms and conditions that comes with it.

We've seen a lot of people trying to buy their way out of this pandemic, by following the regulations and taking jab after jab.

But what happens when politicians shows you that you can actually live your normal life as it was before?

All parties were doing rallies to get the votes on the ballot paper, Covid at that time was busy playing hide and seek.

Now that everything is that, it comes out like a boy from the mountain, a new man, a new virant[B.1.1.529] to claim the respect it deserves. 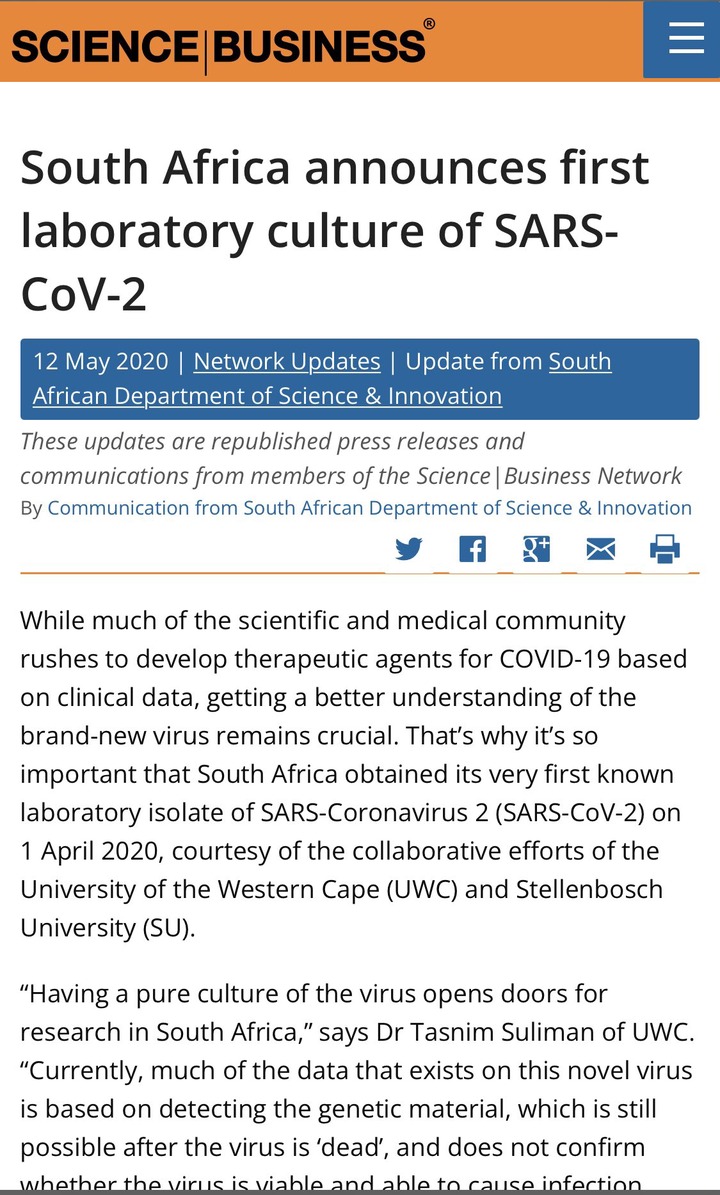 Well, not this time, South Africans' reaction shows that they are fed up with lies and manipulations done by the State.

Everyone knew that Covid stats were manipulated before, during and after the Local Elections to favor them on campaigning from door to door to filling up big venues. 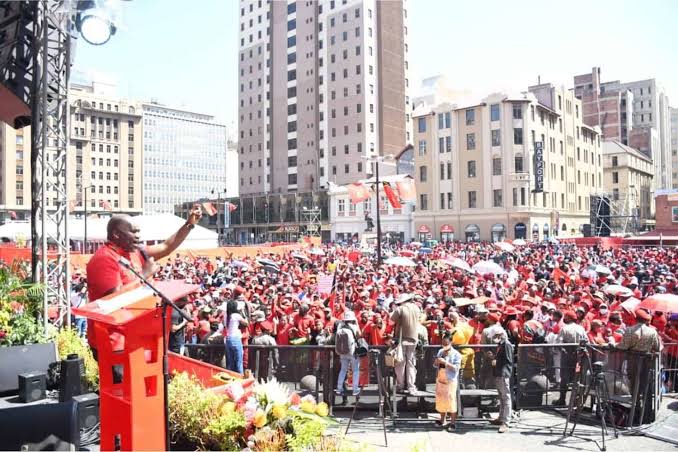 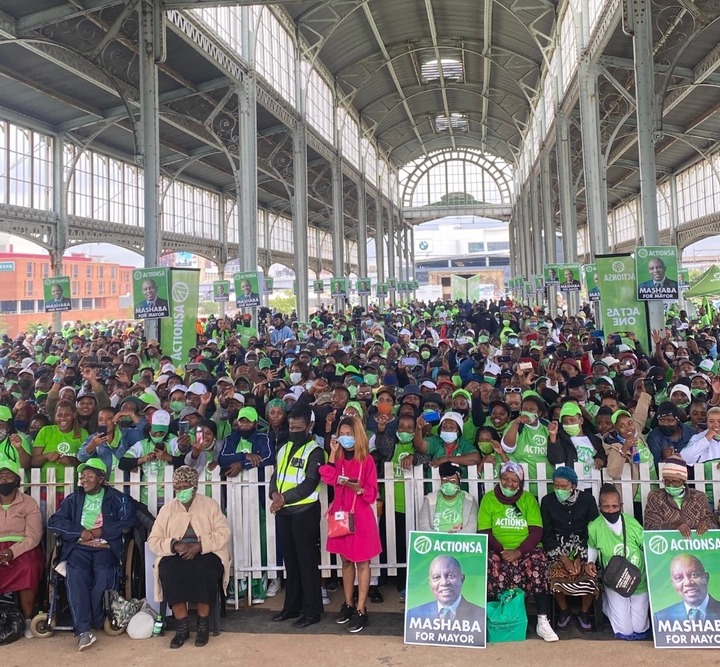 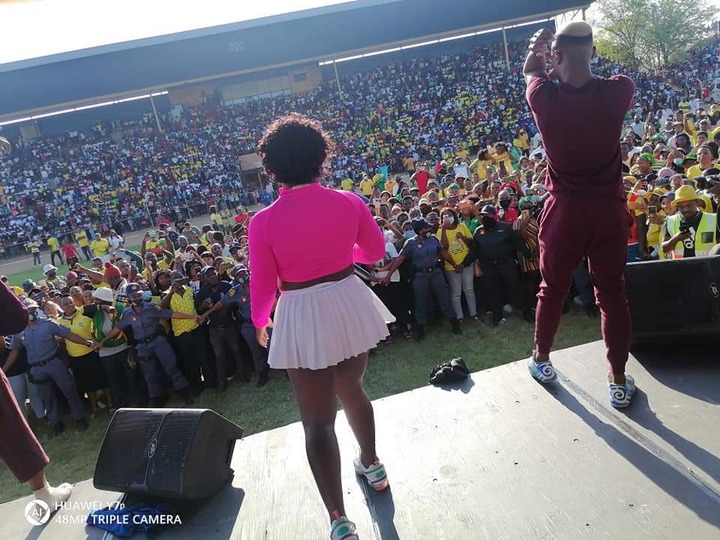 The leaders broke the lockdown regulations, not caring about social distancing, wearing face clothes and everything, it was back to normal and everyone was free.

Now snapping back to reality, they want people to have everything in check while they themselves failed to do that.

Many people are saying that they will follow no orders from government and some taking it far that they will no longer continue taking jabs since the new virant comes from those who have been fully vaccinated.

Do you blame them? While Conspiracy theorists are proven to be right all this time and always ahead of the state.

They tell us what is coming next and then after a month or two such thing becomes a reality.

Are we living in a script? If so why are we following this script knowing very well that it won't end well?

Julius Malema once told the leaders to postpone the elections, but he was talking to rocks, which forced him to say no to following these regulations and join the streets and campaign. 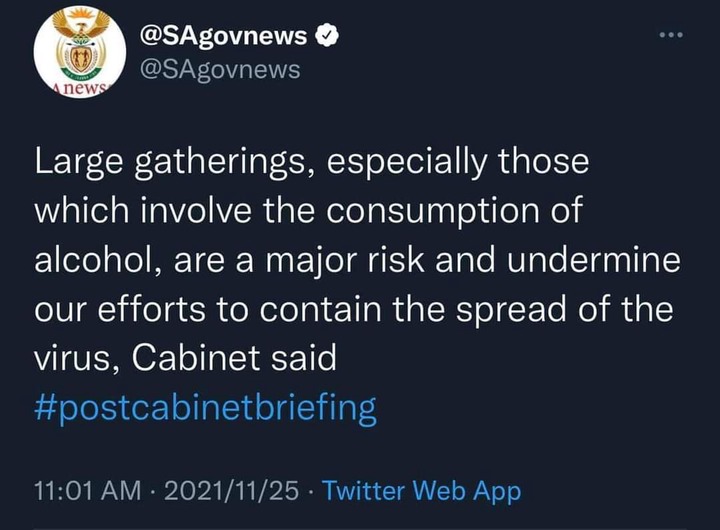 There's a high possibility that we might be back in lockdown this December, as the numbers are facing the sky.

Government keeps on blaming its citizens for the increasing numbers of Covid, forgetting that the head of the state, President Cyril Ramaphosa was also on the ground breaking these regulations filling cars with crowds to do campaigns for his party.

Or maybe this virus is smart, since we were looking out for 4th wave in October, then got shifted to December, OK, that sounds like a Conspiracy theory.

And will you be like other South Africans who are saying no to this or you are glued to what you hear from the propagandists on your TV?

Content created and supplied by: Zero-One-Five (via Opera News )