Nomvula Mokonyane joined the thousands of unhappy South Africans marching for Namhla's justice. Mokonyane was seen leading from the front, flanked by other organization officials. However, several individuals were taken aback by Mokonyane's attendance, claiming she was only there to garner fame. As a former proponent of a suspected women abuser, Mokonyane was accused of manipulating the march for her own personal gain. Minister Nomvula Mokonyane made waves after promising to defend President Jacob Zuma with her buttocks. Zuma was facing rape allegations at the time. When Mokonyane's remarks was criticized, spokeswoman Brenda Mpitsang told the publication that the "buttocks" remark was not meant literally. "She was employing a rhetorical device. She was simply demonstrating how far we would go to protect the president. What she said doesn't have any literal significance." (Image courtesy of https://www.iol.co.za/news/south-africa/gauteng/use-buttocks-to-defend-zuma-mokonyane-1750769) 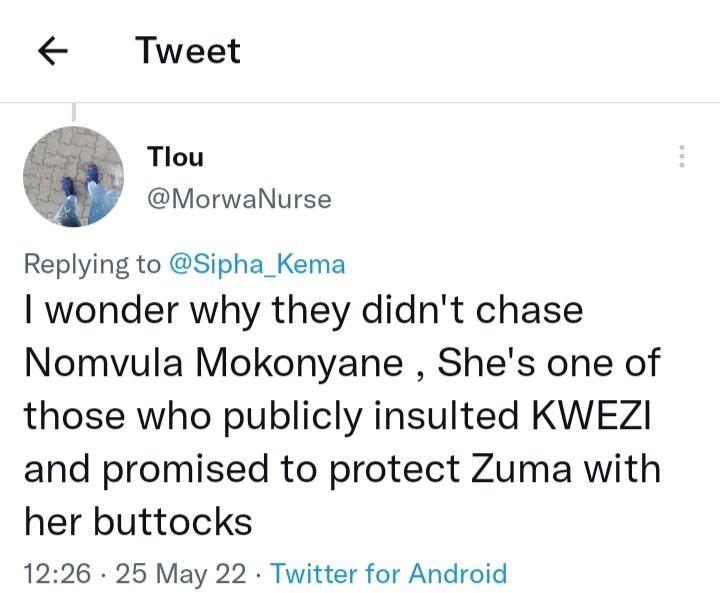 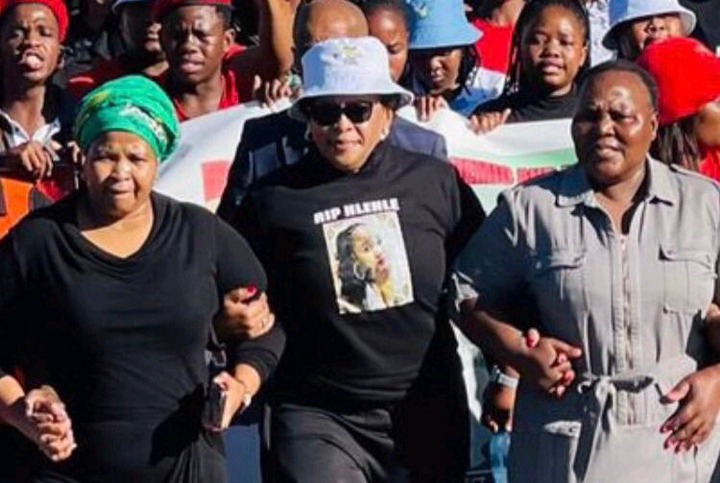 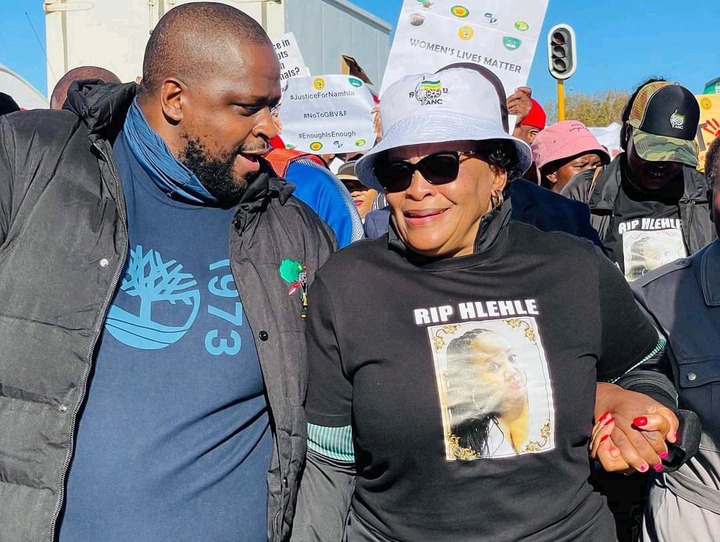 "I'm surprised they didn't go after Nomvula Mokonyane, who publically attacked KWEZI and swore to protect Zuma with her buttocks," one Twitter user speculated. Khwezi is the woman who, a decade ago, accused South Africa's former president of rape, igniting a national debate on rape culture. She died at the age of 41. When Mokonyane came out guns blazing against four ladies who held a protest over Khwezi's case, she made headlines. In defense of Zuma, Nomvula Mokonyane, Lindiwe Zulu, and Bathabile Dlamini were enraged. Today, Mokonyane wants to portray herself as a proponent of women's rights. Some claim she's a liar and a hypocrite. (https://www.news24.com/w24/selfcare/wellness/mind/rememberkhwezi-who-is-truly-standing-up-for-womens-rights-in-south-africa-20160808)

During the march, Mokonyane demanded the arrest of Namhla Mtwa's assassin. "If the criminal is not captured quickly," Mokonyane threatened, "we'll do a citizen arrest."

In April, Namhla was shot nine times in her vehicle. Her partner, a businessman and ANC member, is said to have been implicated. However, no arrests have been made as of yet. South Africa is in a tizzy! It's inspiring to witness a unified FORCE of citizens utilizing their voices to help those who can no longer speak for themselves.... Namhla may have died, but you, the people of South Africa, rose to the occasion when it really counted! This is the power of love in action!