By LamaShenge (self media writer) | 2 years ago 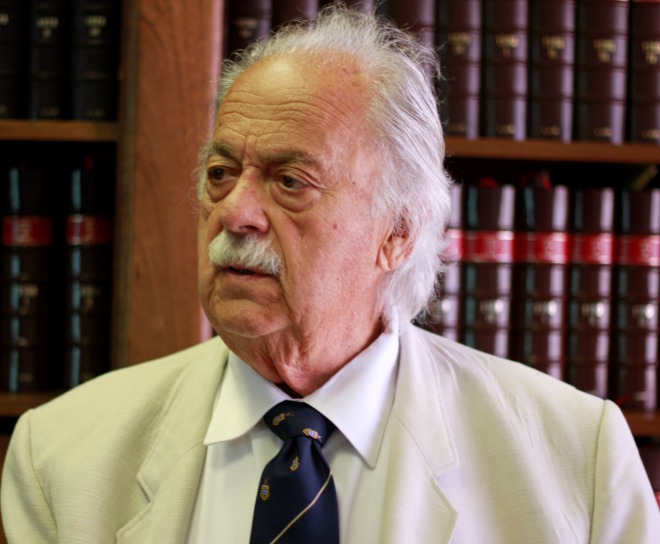 South Africa and world is in deep mourning once again, at the news of the passing of veteran Human Rights advocate and anti apartheid lawyer, George Bizos, at the age of 92. The news was confirmed by President Ramaphosa who said Bizos family assured him that the anti-apartheid human rights lawyer was comfortable in his final hours.

Bizoz was born on 15 November 1927 (although recorded incorrectly on his South African identity documents as 1928, owing to his father's declaration to the authorities upon arrival in Egypt). His father Antonios Bizos was the mayor of the small village of Vasilitsi, south of Koroni and Kalamata on the Messenia peninsula of the Peloponnese, Greece.

As a refugee Bizos was sent to South Africa and landed in Durban, from there he went by train to Johannesburg, disembarking at the Braamfontein railway station.

Bizos did not go to school for his first two years in the country, because he could not speak English or Afrikaans. He gained entry to the University of the Witwatersrand in 1949, starting a 3-year Bachelor of Arts degree, followed by a three-year LLB law degree. It was here that he first became politically active, joining the Students' Representative Council.

Bizos joined the Bar in Johannesburg in 1954. During the 1950s and 1960s he was counsel to a wide range of well-known people including Trevor Huddleston of Sophiatown.

He is well know for his role at the Rivonia Trial from 1963-64, and being part of the team that defended Nelson Mandela, Govan Mbeki and Walter Sisulu. In 1990, Bizos became a member of the African National Congress' (ANC) Legal and Constitutional Committee, and at Convention for a Democratic South Africa (CODESA) he served as advisor to the negotiating teams and participated in drawing up the Interim Constitution.

Tributes have already started pouring in for possible one of the most loved anti-apartheid lawyers and Human Rights advocate.

"He fought a good fight in pursuit of a Just South Africa that belongs to all who live in it. Sad to see this resolute social justice and integrity crusader go to join Madiba and his other compatriots. Heartfelt Condolences to the family, friends and colleagues #RIPGeorgeBizos" 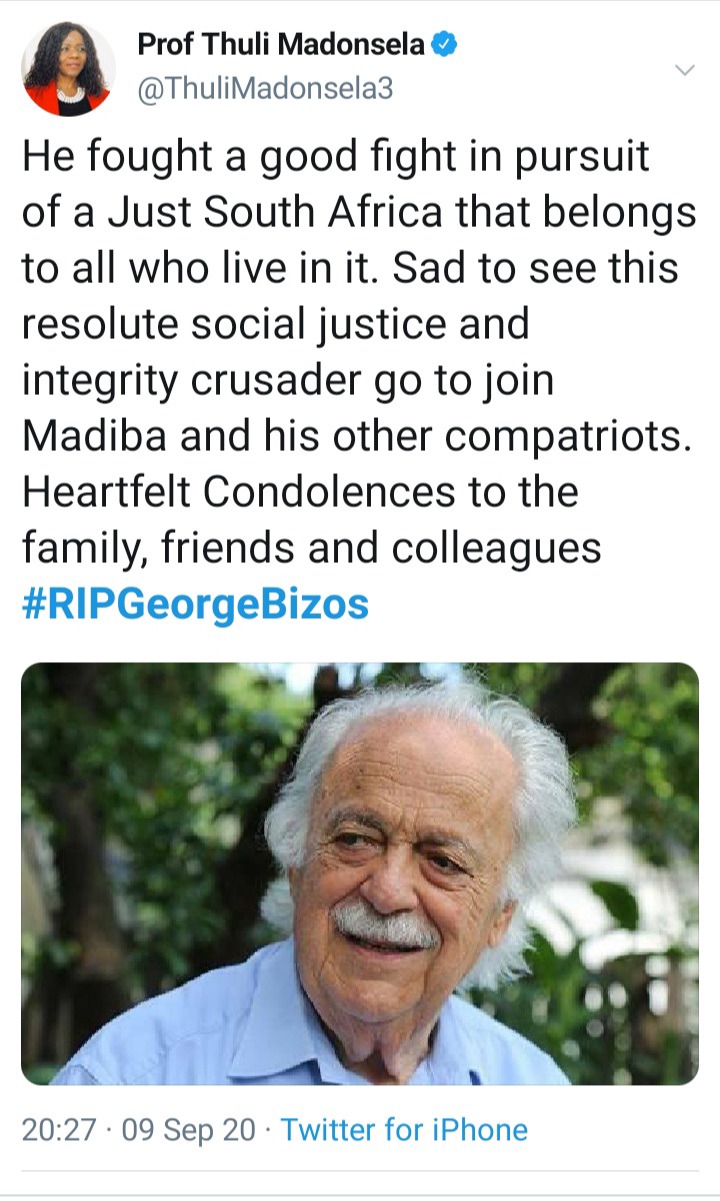 "We have lost a legend. Deeply saddened to hear of the passing of Human Rights Advocate George Bizos. South Africa owes you a debt of gratitude.

May you rest in eternal peace. 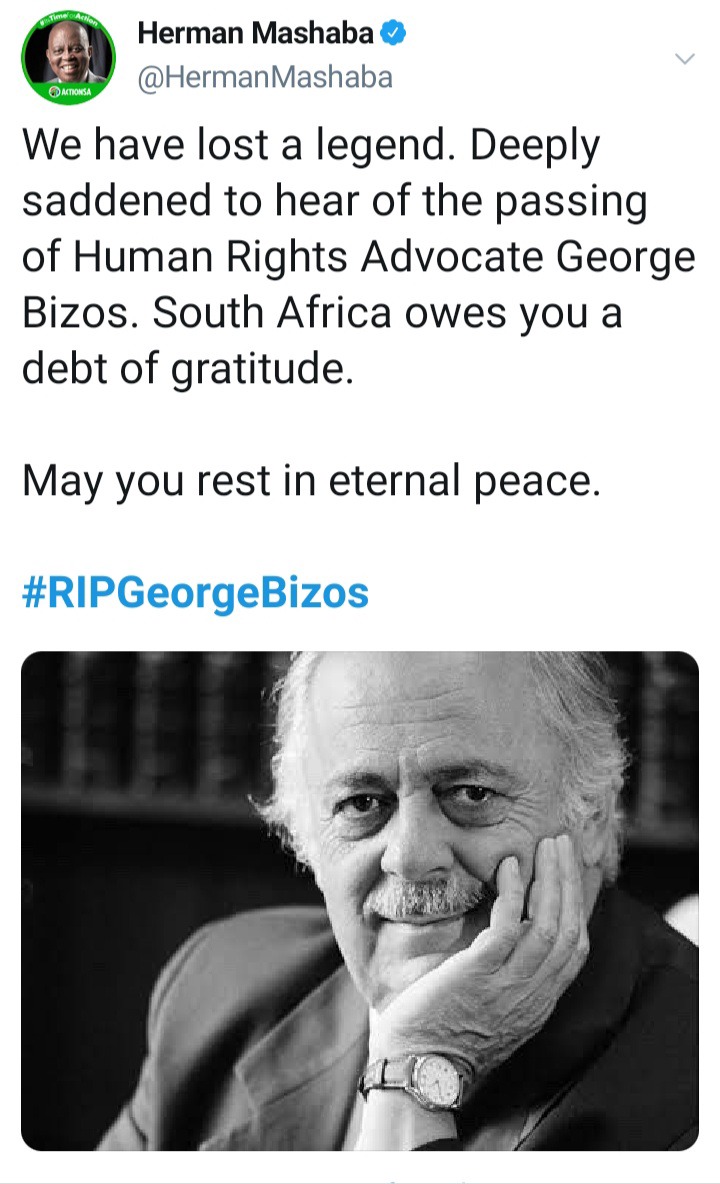 Sad to hear the news of the passing of George Bizos. An advocate and champion for human rights, as well as a giant of the struggle for freedom in South Africa. A life of activism and service well lived. My sincerest condolences to his family. #RIPGeorgeBizos

A legal giant has indeed fallen. He served this country with honour and dignity, a fine act to follow. Tribute will continue to pour in as the new reach many more people across the world.

Content created and supplied by: LamaShenge (via Opera News )

A guy ordered a pair of nice dunks online from Superbalist only to get ladies wedges delivered.

Bank sells Sophie Ndaba's house and goes after her other assets

AmaMpondo Kingdom Has A King & Queen Ruling At The Same Time, This Has Caused A Stir On Social Media

Herman Mashaba Is In Support of Malema About Zimbabweans. This is what He Says