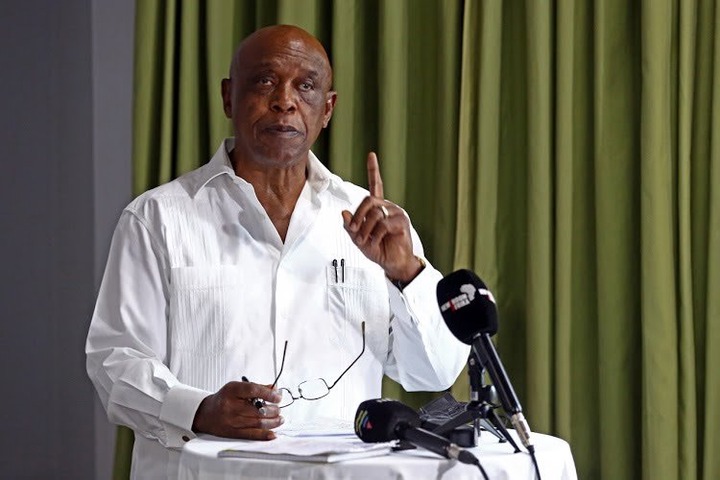 Our Government is one of the most divided in because they start as one team then once they come across an argument they turn against each other, which is what we are seeing amongst ANC members.We have always known that the party has corrupt leaders and associates but of late it seems like they are exposing each other.One could say there is a huge fight going on behind the scenes because the way they are bad mouthing each other is so unhealthy.

The latest will be Toyko Sexwale’s recent claims about the government being corrupt, specifically the current president.He claims that Cyril Ramaphosa and his crew have been misusing funds that were supposed to be allocated to the public but has failed to provide solid proof to back the claims.He also claimed the government was warned but they didn’t taking his warning seriously.

What has irritated a lot of people is that he is acting as if he is all innocent, but he is not as he also faced serious claims of stealing money from the public after they tried polishing it by saying he was allegedly scammed.If he has been innocent since the start, then why is he reporting this now all of a sudden because this has being going on for years.

South African needs a leader that will do it for the nation not for the money.

Content created and supplied by: News-hub (via Opera News )

Good news for the South Africans

Sassa gives answers to the questions

Our Taxes Are Used on Useless Things :Hopewell Chin'ono

Hopewell Chin'ono: I am Targeted by the Shameless Regime

Bathabile Dlamini paid R 650,000 for her role in the social grants crisis

Good news for these returning students at UNISA

Bathabile Dlamini Finally Gets Taste Of Her Own Medicine, Pays R650 000 For Social Grant Crisis

SASSA decides to reinstate the Covid-19 SRD grant, now that concerns over third wave are rising