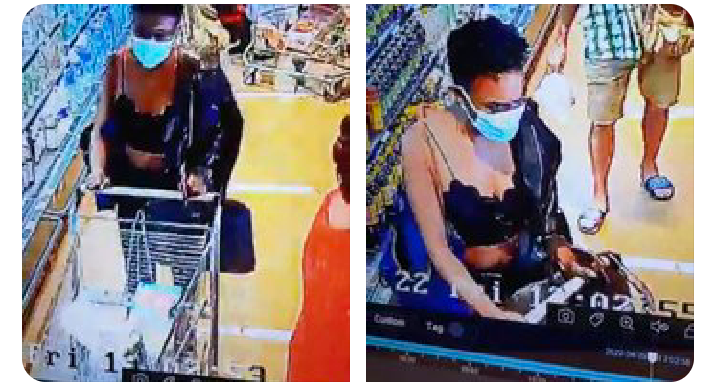 As most South Africans know, former Economic Freedom Fighters (EFF) member Godrich Gordee's daughter Hillary Gordee was tragically murdered after she was kidnapped while she was out shopping, and the good news is that multiple suspects have been arrested in connection with Hillary Gardee's murder and kidnapping, but Godrich Gordee was convinced that there were more suspects that were involved with his daughter's murder and kidnapping that have not been arrested. 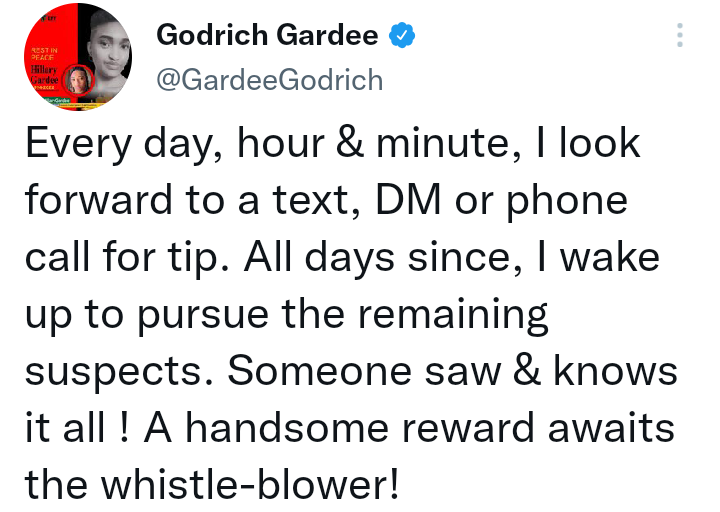 Which is why he took to his official Twitter account on 12 May 2022 to post pictures of Hillary Gardee that were taken by CCTV cameras while she was shopping before she was kidnapped, and he asked South Africans to help with finding the remaining suspects, and he also promised a handsome reward to anyone that comes forward with any information about his daughter's murder and kidnapping. 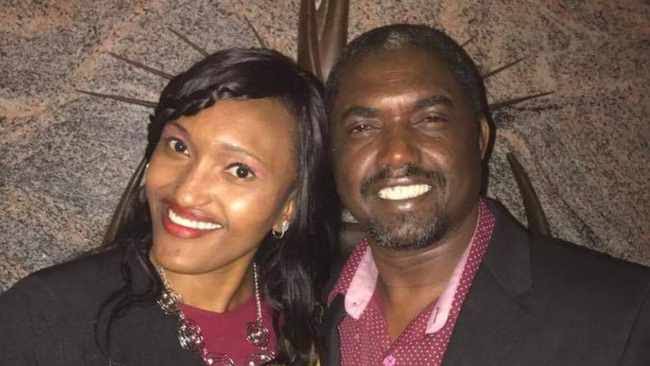 However, earlier this morning (Friday July 1), Godrich Gordee once again took to his official Twitter account to criticize and spit fire at people who failed to comes forward with any information about the remaining suspects in his daughter's murder and kidnapping, and he also said that the handsome reward that he previously promised is now off the table because the remaining suspects have now been found... 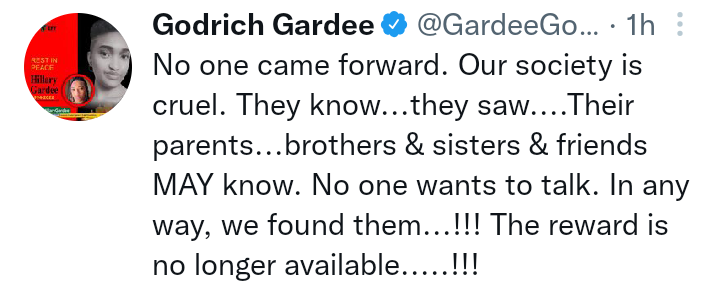