By MrFunNews (self media writer) | 17 days ago 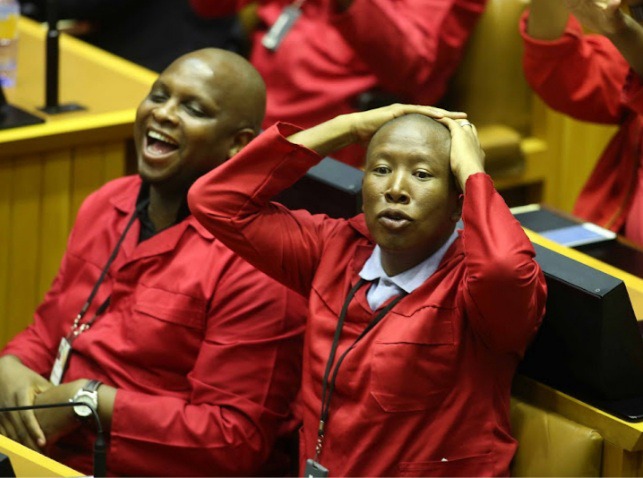 It seems like former Finance Minister Tito Mboweni has no intention, whatsoever of playing games this time around, according to him, there is a public apology that has to be made by the Economic Freedom Fighters (EFF).

Now, we know about the whole situation that had to do with Mboweni and former Sunday Times political journalist Ranjeni Munusamy. 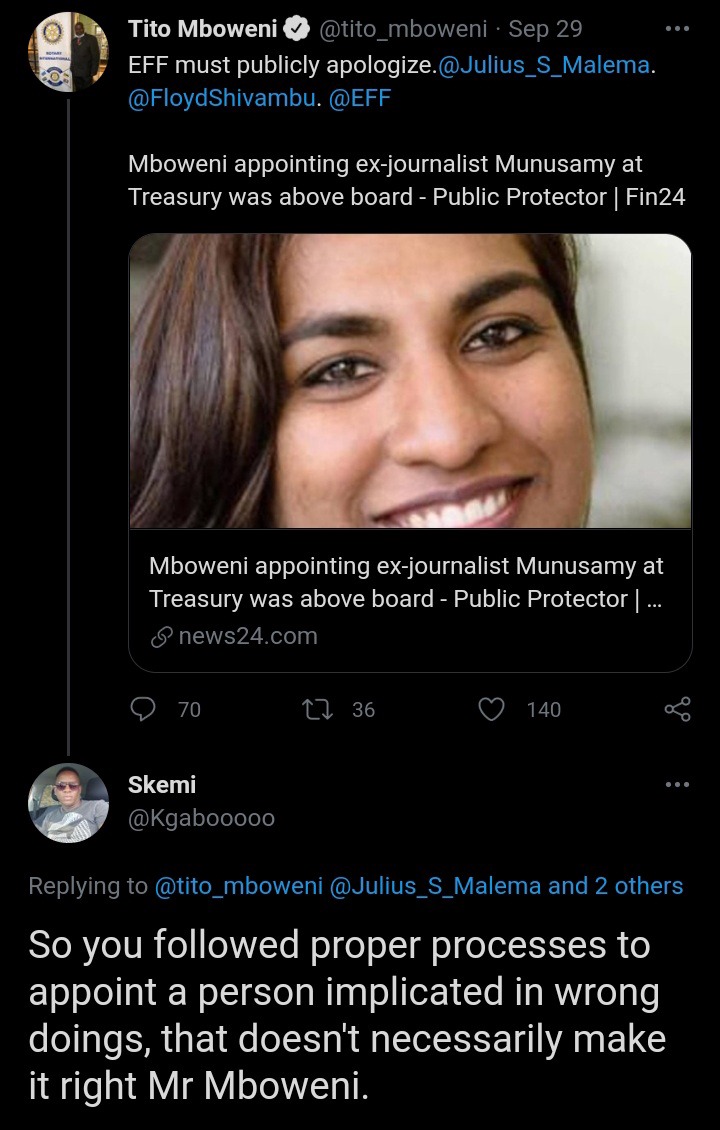 Last year, Mboweni was accused irregularly hiring Munusamy at National Treasury and one could say that this was a challenge for the former Finance Minister for months. Recently, the office of the Public Protector found out that Mboweni actually did not contravene the Executive Ethics Code as it was as initially claimed.

Now, Mboweni is likely happy that this is now behind him, but he demanded that the EFF should apologise to him, probably to Munusamy too and it has to be public. 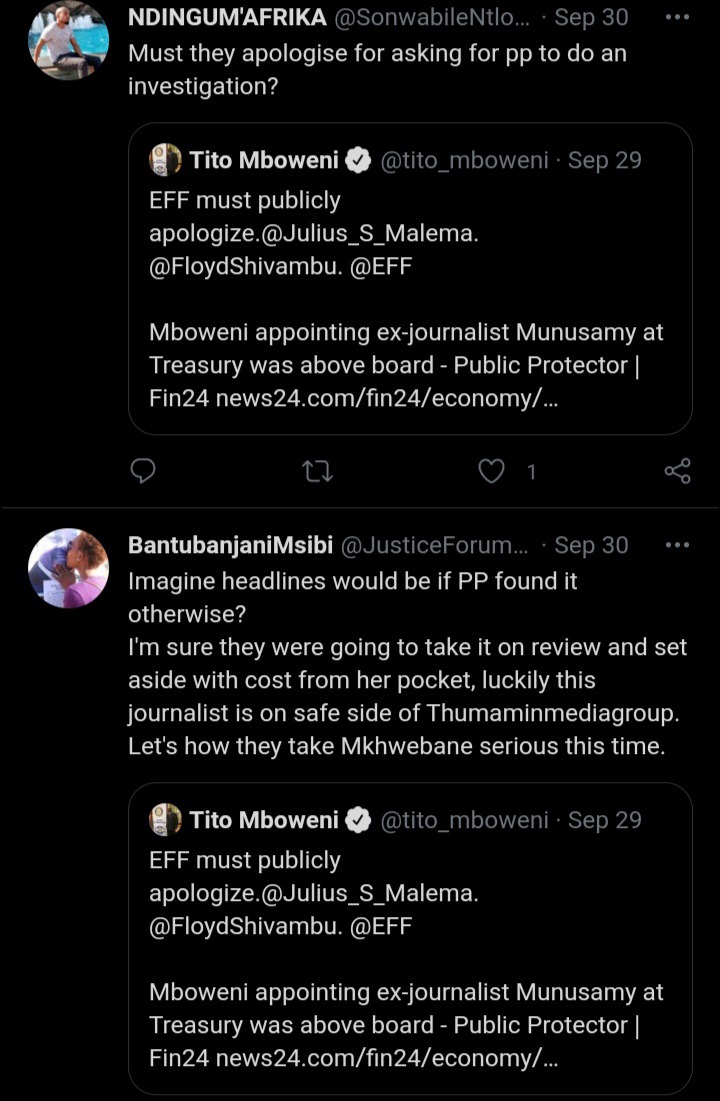 EFF's deputy president Floyd Shivambu was the one who had asked the Public Protector Busisiwe Mkhwebane to investigate if Mboweni had irregularly appointed Munusamy or not.

Now, because investigator, Kobus Roelofse had alleged that Munusamy received R148 000 years back from a crime intelligence fund, the EFF probably felt the need to check if Mboweni did not appoint Munusamy when he was not supposed to. 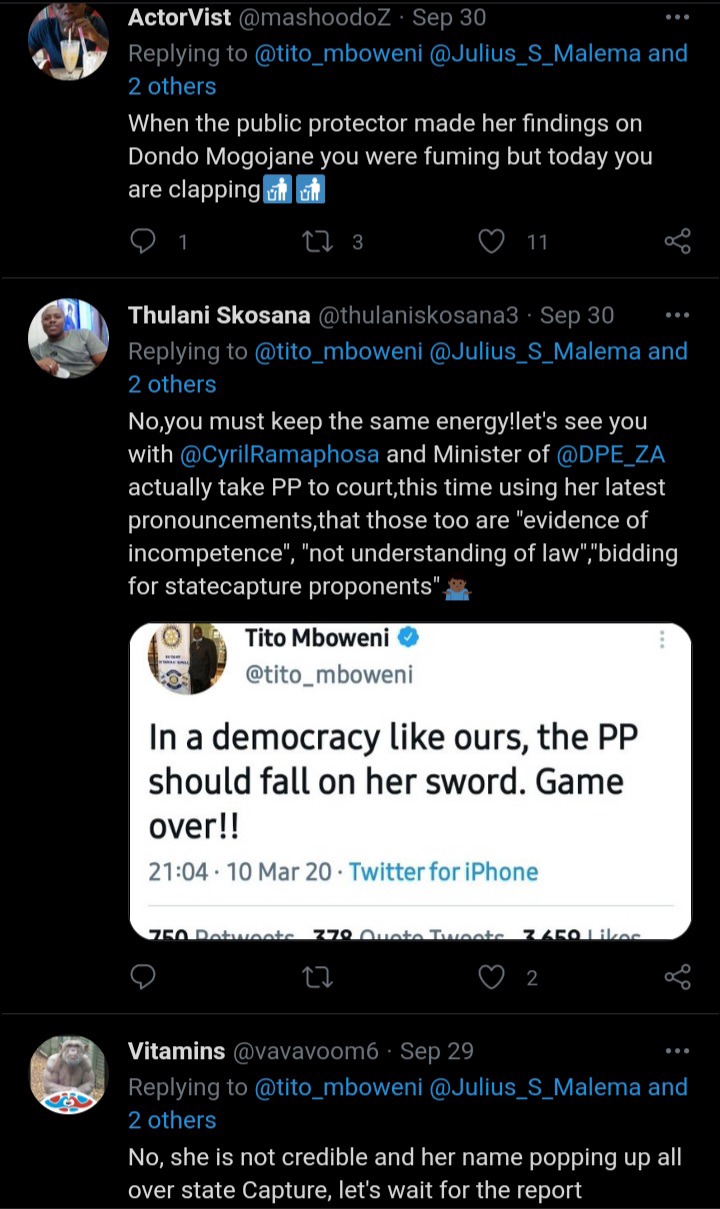 However, as you might know, Munusamy denied that she had received the R148 000. Mboweni further explained that he had appointed Munusamy because she was highly qualified and now that there was no wrongdoing, Mboweni is waiting for the public apology from the EFF.

The question is, does the EFF really have to apologize, though? One would say that, they had no intention of tainting anyone's name, they were trying to get the truth and they did, investigations had to be done. 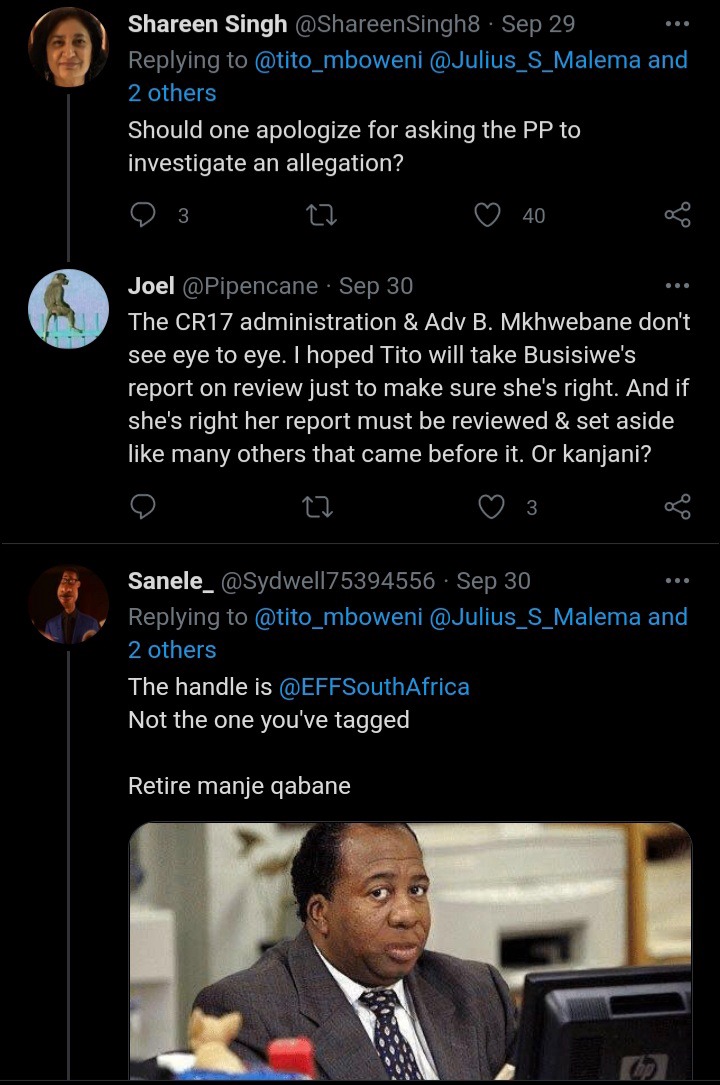 Reactions have started coming in, there are some people who believe that there is absolutely no need for the EFF to apologize, while others think that there is.

As for the EFF, they have not said anything as of yet, regarding this matter and probably do not see the need to. It may seem like Mboweni will not be getting what he wanted and another question is, what he will do if the EFF does not publicly apologise?