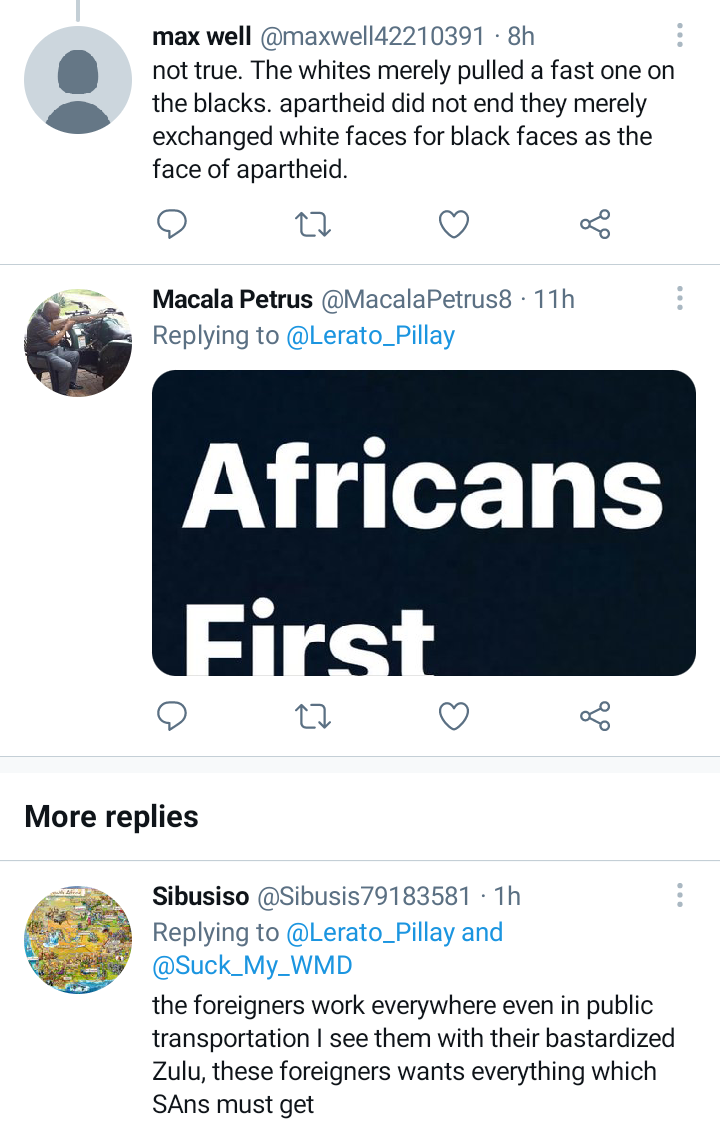 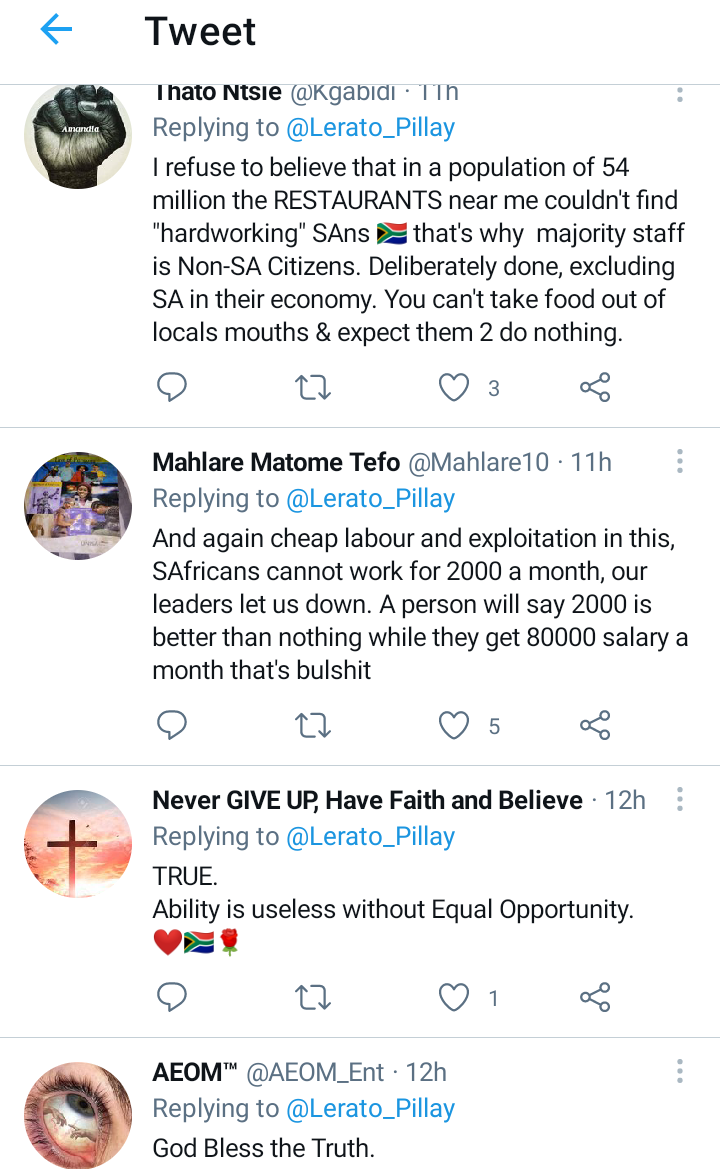 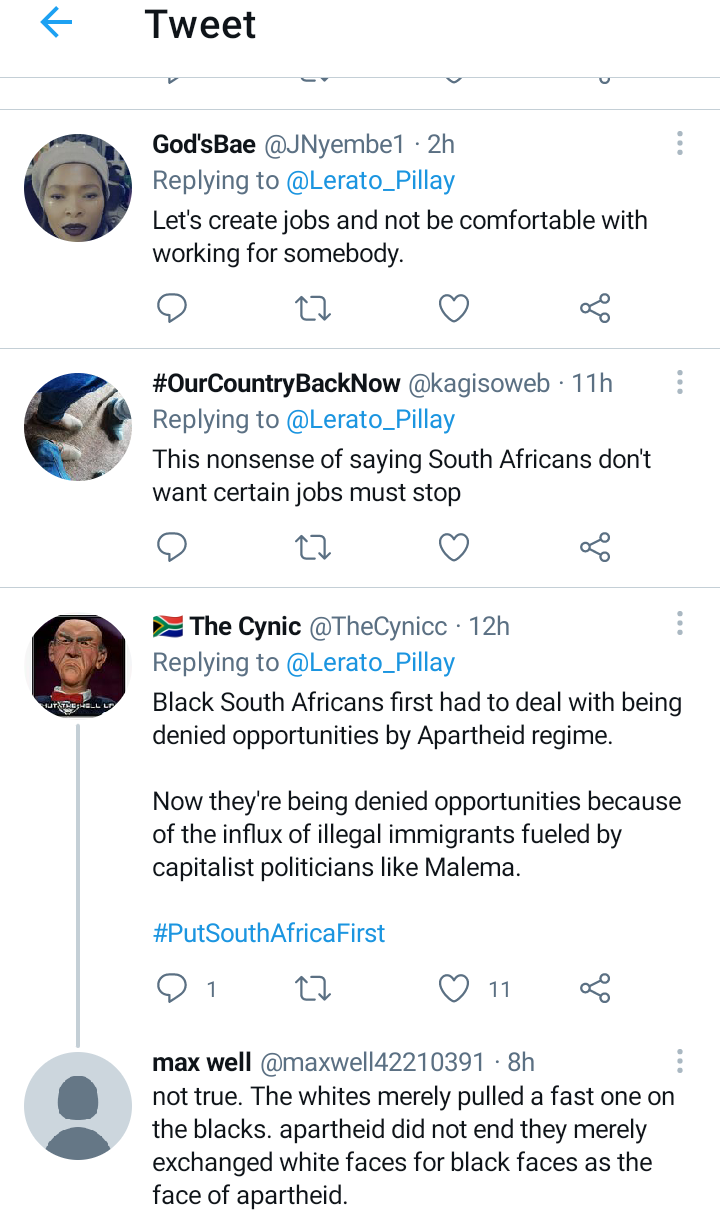 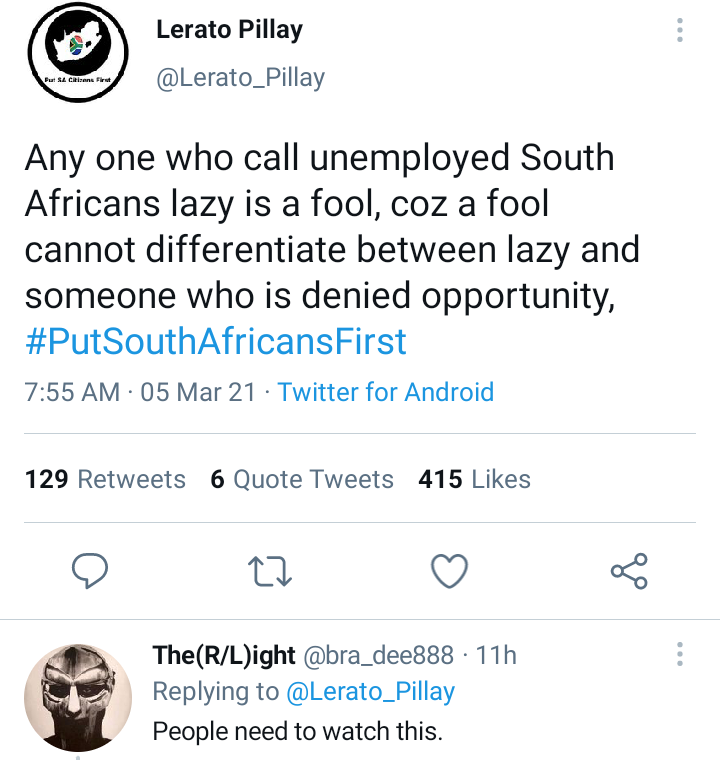 Lorato wrote on her Twitter page today, "Anyone who call unemployed South Africans lazy is a fool, because a fool cannot differentiate between lazy and someone who is denied opportunity, #PutSouthAfricansFirst”. This was after a white man attacked them for not exhibiting great talents like Zimbabweans but kept shouting foreigners must go. The white man wrote earlier, “Great, love it. Made in Zimbabwe and not here? Where are our creative geniuses? This was after the design of a Zimbabwean architect went viral on Twitter. But Lorato Pillay have blamed the lack of creativity to lack of unemployment, after the white man added, “Pity the ones who ought “be inspired “are too busy shouting “foreigner”. He urged them to carve a niche for themselves rather than cast all their frustrations on foreigners. 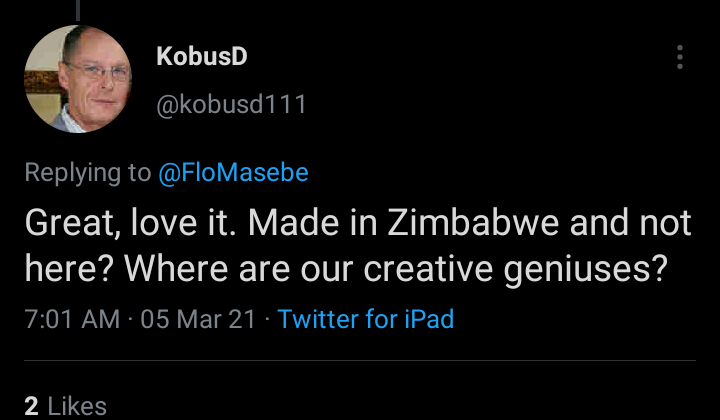 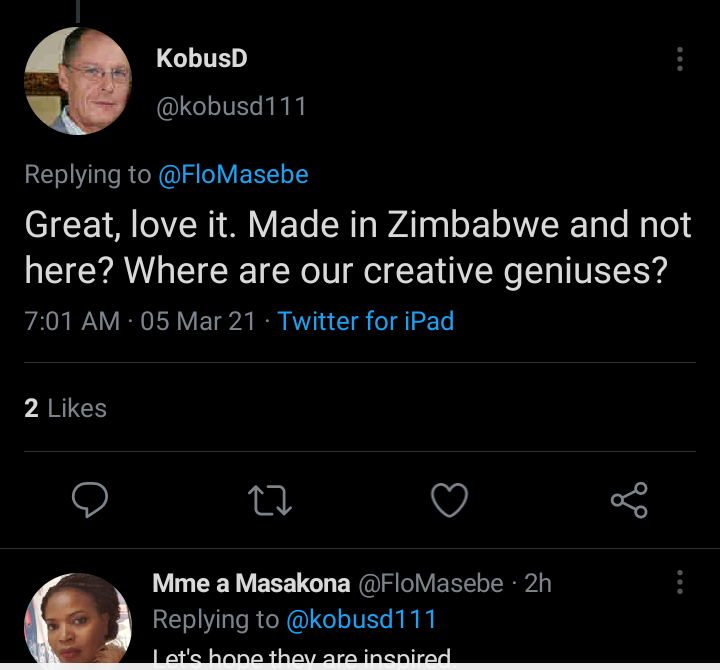 Many South Africans agreed with Lorato, saying that indeed, South African youths have been deprived of many opportunities, “I refuse to believe that in a population of 54 million the RESTAURANTS near me couldn't find “hardworking” SAns 🇿🇦 that's why majority staff is Non-SA Citizens. Deliberately done, excluding SA in their economy. You can't take food out of locals mouths & expect them 2 do nothing”. Another South African youth angrily responded, “And again cheap labour and exploitation in this, SAfricans cannot work for 2000 a month, our leaders let us down. A person will say 2000 is better than nothing while they get 80000 salary a month that's bulshit". 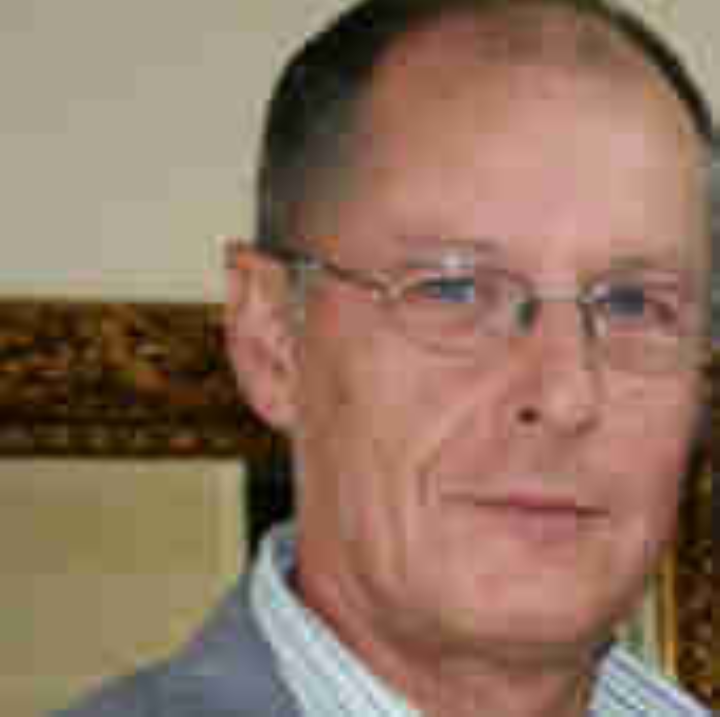 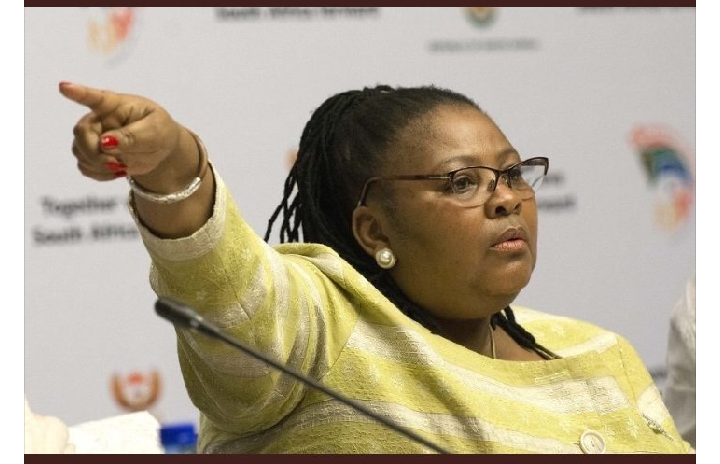 Some youths even went as far as blaming politicians like Julius Malema for their plights, "Black South Africans first had to deal with being denied opportunities by Apartheid regime.

Now they're being denied opportunities because of the influx of illegal immigrants fueled by capitalist politicians like Malema. PutSouthAfricaFirst”. Another Lady added, “Let's create jobs and not be comfortable working for somebody. This nonsense of saying South Africans don't want certain jobs must stop”.