On Sunday, reports regarding Minister Fikile Mbalula spread like wildfire. According to Sunday newspapers, Mbalula was expelled from a meeting by the President himself. Mbalula was dismissed on the grounds that he was unprepared and unable to comprehend certain memo notes. Vibes of incompetence dominated. Top personalities like as Mmusi Maimane responded to the news by exacerbating the situation by asserting that Mbalula is truly incompetent and that he just knows how to make noise on Twitter. 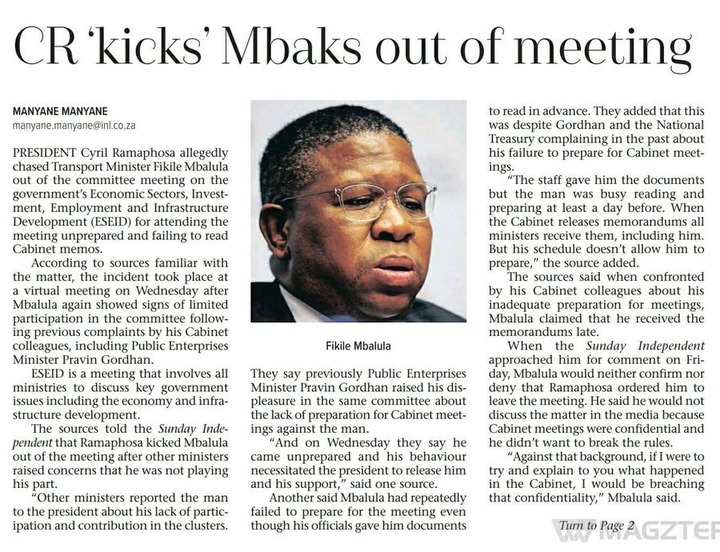 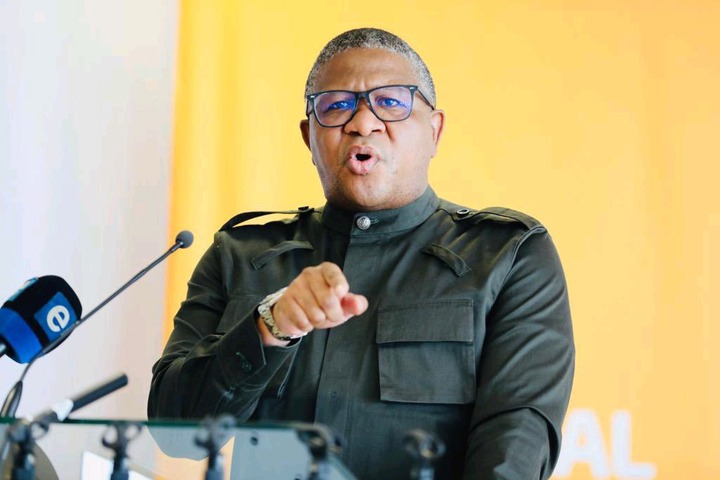 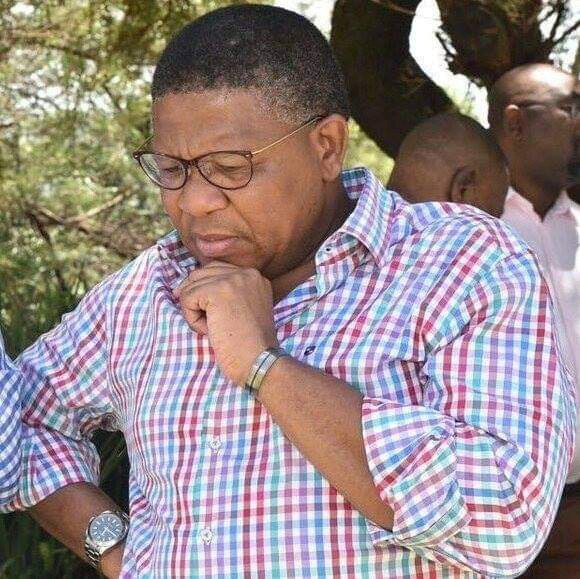 However, Fikile Mbalula has refuted reports that he was expelled from a cabinet meeting for lack of preparation.

On Monday, during a Sanral media briefing, Mbalula laughed aside the charges. Mbalula refuted the charges and stated that no one would be treated in such a manner, adding that the cabinet is not managed "like a spaza shop."

"Such nonsense cannot occur in cabinet — not even in a spaza business... cabinet does not function in this manner," Mbalula continued. Mbalula indicated that he would not publicly address the issue. He stated that anyone who supplied the media with false information is allowed to lie. "Because you are aware that we are bound by the law and cannot discuss cabinet matters in public, we are constrained."

Government has also denied a story that President Cyril Ramaphosa asked Transport Minister Fikile Mbalula to leave a meeting because he was unprepared and had not read Cabinet notes.

Gungubele stated that Cabinet discussions are private and added that the allegations are baseless. "The government disputes the malicious report published by the Sunday Independent, which claims that President Ramaphosa asked Transport Minister Fikile Mbalula to leave a meeting because he was unprepared and had not read Cabinet papers. These charges are false and intended to mislead the public, according to Cabinet spokesman Phumla Williams.

Transport minister Fikile Mbalula says he would not repeat the errors that left the South African National Roads Agency (SANRAL) in hot water with the state capture commission. Mbalula and the chair of the board, Themba Mhambi, briefed the media on irregular tenders and purchase procedures.