Jacob Zuma Back In his Cell after Burial of Brother Michael.

By LindoWrites (self media writer) | 2 months ago 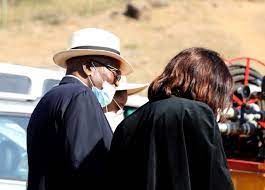 Zuma was only seen by a few as the Zuma family when he returned home for the first time since he was sentenced to a 15-month prison sentence for contempt of court after applying to the Department of Correctional Services for compassionate leave the Zuma household's monitoring and stop-and-search procedures have been beefed up, thanks to Edward Zuma and the Umkhonto we Sizwe veterans who have been guarding it since March.

Only a few vehicles and mourners were permitted to pass through the checkpoint, which had been put up hundreds of meters from Michael's home, where the burial was being held, by Thursday morning. Michael's house is close to Zuma's in Nkandla.

Zuma was driven to his brother's house by his presidential protection services convoy. A few meters from the house, another checkpoint was set up, where passing cars were inspected before being allowed to continue on the last stretch of dirt road. 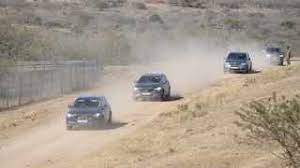 Premier Sihle Zikalala of KwaZulu-Natal, who had offered his sympathies when Michael's death was announced, was among the high-profile mourners at the funeral.

During the funeral, there was a lot of police and army presence in the neighborhood. Both security forces had set up a roadblock a few kilometers from the Zumas' Nkandla property, inspecting all passing cars amid fears that Zuma's fans would rush the region and transform the funeral into a political protest calling for his release.

By noon there still were no supporters, and according to reports Zuma was sent back to prison by the end of the day yesterday.

Author Fraser Has Just Revealed Crucial Information To The Public.

Twist On Senzo Meyiwa's Murder Case || Another Suspect Has Been Arrested, See Here