EFF's Chirwa Refuses To Back Down In Cyril Row

The Economic Freedom Fighters Naledi Chirwa has dropped another Bombshell to South Africans. She has caused a stir on social media after the words or remarks she made about the president Cyril Ramaphosa. This is after the weekly letter that was issued by the president Cyril Ramaphosa. On the weekly letter he mentioned several issues including the death of Archbishop Tutu that ripped the hearts of many people in the world and the burning of the parliament building in CapeTown. 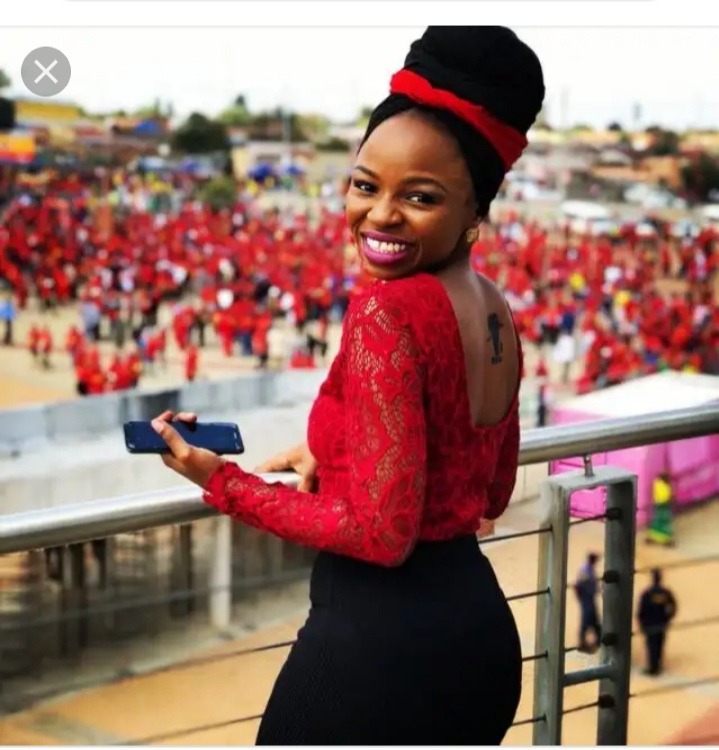 It seems like he caused a stir and chaos after he mentioned the issue of protecting the South African constitution. On his letter he said " We need to protect our constitution, our democratic state and the electoral process from anyone who wants to weaken our democracy and deny the South African people of their hard won freedom". It felt like an indirect message being sent to the minister of Tourism Lindiwe Sisulu after she revealed that the constitution has been nothing but useless to the public. 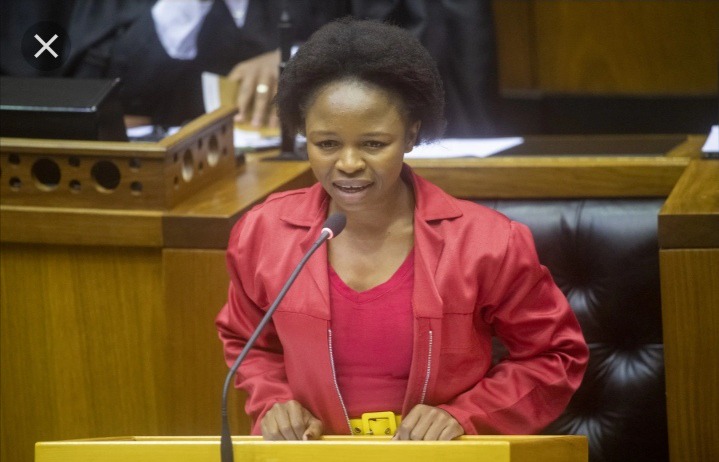 She mentioned that the constitution has been doing nothing but failing masses as many are still jobless and poverty still attacking masses.Naledi Chirwa saw it fit to reply to Cyril Ramaphosa and Mzansi people were definitely not ready for this. On her tweet she called the president Cyril Ramaphosa a weak little boy. 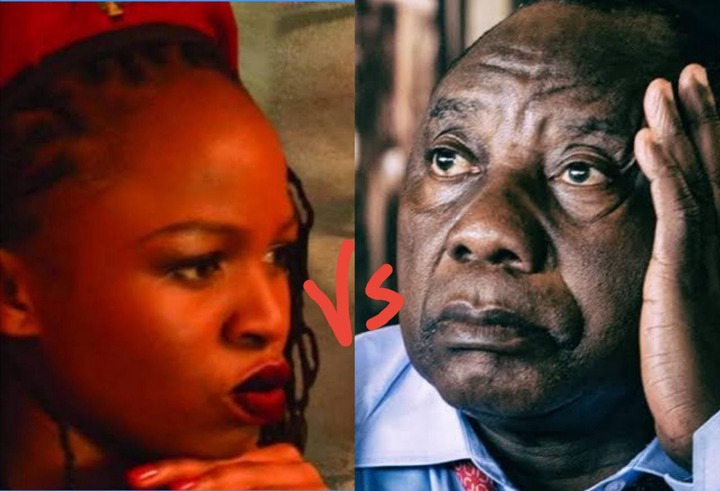 " You'll forever remain a toothless boy" she said. These words have caused a stir on social media as mzansi people say that it is being disrespectful towards Ramaphosa who is old enough to be her father. They say she should apologize for the words that she said because it's inappropriate however there are those who are saying that she was just raising her voice like anyone. People have been saying that she should go back to Malawi where she comes from but she has revealed that she is a South African. 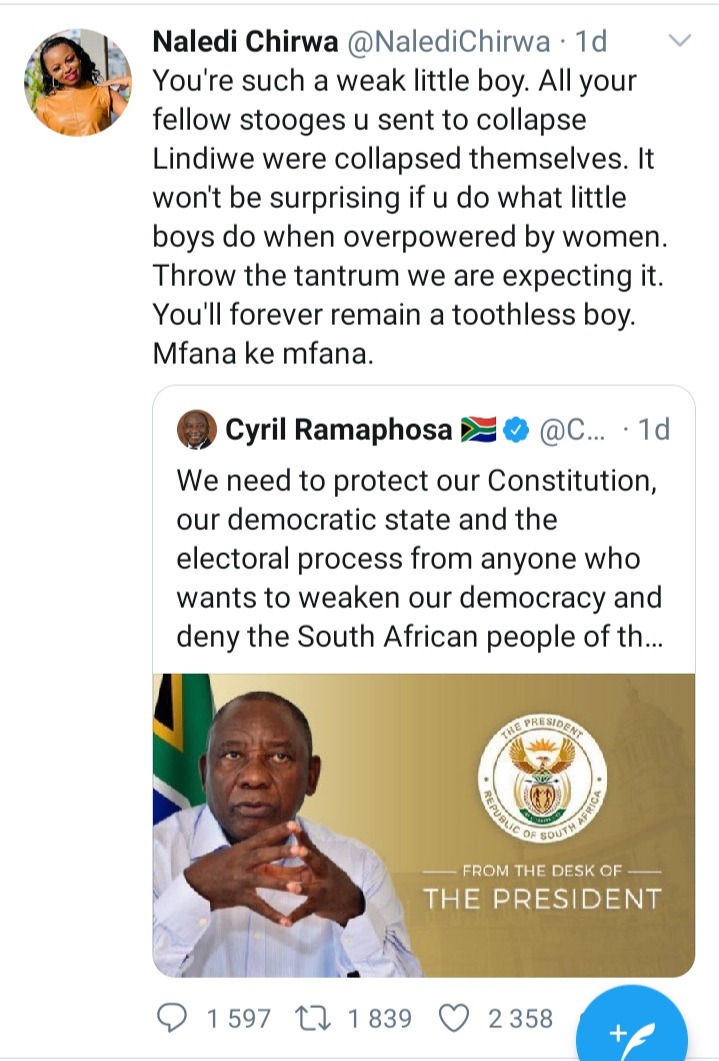 Yesterday she dropped another bombshell on mzansi people after they called her to leave to Malawi. She posted on her page said that people can continue to tell lies about her nationality but that will never be enough to make her to stop raising her voice. She has revealed that she will not be apologizing or withdrawing the words she said about Cyril Ramaphosa. What is your take on this matter? Share your views on the comment section and follow for more news. 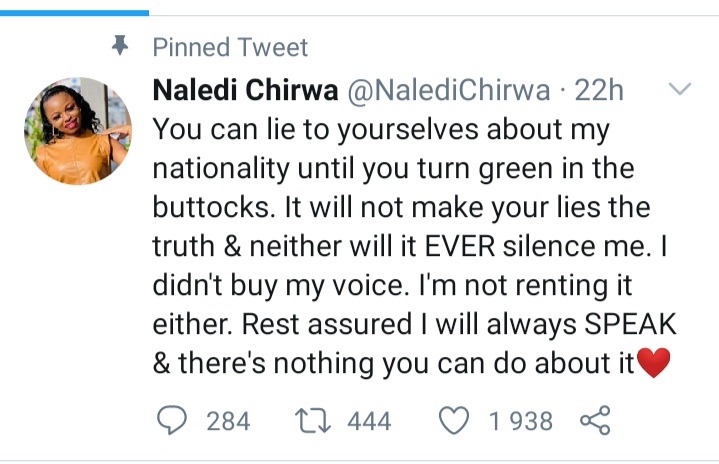